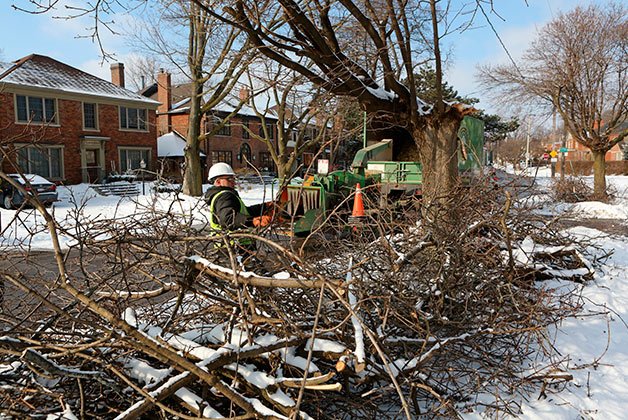 $50 million Cost of snow removal this year, which the city says is slightly higher than average.

$4 million Money spent on pothole repairs as of the end of March. That’s to fill 116,900 craters – twice the usual number.

$106 million Cost to the city, about $50 million of that to emergency tree response and clean up.

Almost $9 million Amount spent on salting and road maintenance during the storm.

$200 million In insured losses in Ontario and Eastern Canada.

More than 4,200 Number of basements that were flooded.

The hidden costs of global warming are a matter of urgency. What it means for Toronto

Great Lakes CO2 bomb The doubling of carbon dioxide in our atmosphere is expected to speed up evaporation to the point that water levels in the Great Lakes will drop by 1 metre by the midpoint of this century. Besides water quality issues from higher concentrations of lake contaminants, ships will have to lighten their loads to navigate shallower shipping channels in the port, thereby increasing the costs of commerce.

The other flood: refugees While Great Lakes water levels are dropping, elsewhere around the world they’re rising, displacing millions of people. Some of the 150 million new refugees worldwide predicted by the International Panel on Climate Change will put added pressure on Toronto’s health, education and social services.