NOW MagazineCultureStageClowning around for a cause

Clowning around for a cause 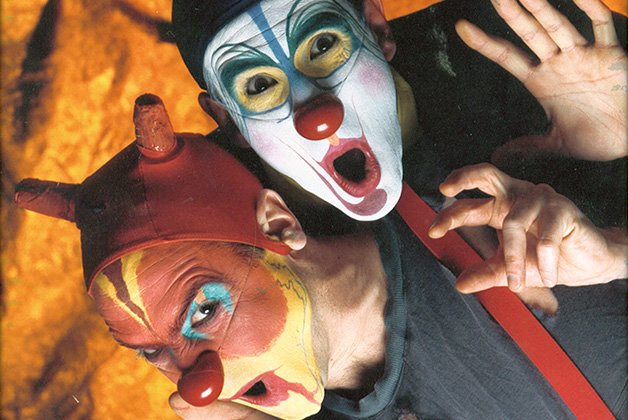 The theatre and comedy community doesn’t just clown around when it comes out to helping one of its own.

Earlier this year, John Turner, aka Smoot from the horror clown duo Mump and Smoot, lost his Manitoulin Island home to fire. Turner, his partner, Julia Winder, and their dog escaped the blaze, but the Mump and Smoot archives, costumes and props went up in smoke.

Now the community is putting on a show to help Turner raise the roof on a new abode. Titled Home, Smoot, Home, the evening is hosted by clown siblings Morro & Jasp, and features another funny couple, Matt Baram and Naomi Snieckus, in addition to well-known clowns Rick Miller, Foo, Chris Gibbs, Susanna Hamnett, Karen Hines (who directs most M&S shows), Jean-Paul Mullet and others.

All the performers are volunteering their time and talent for this cause. A portion of the proceeds from the event also benefits the Manitoulin Conservatory for Creation & Performance, formerly the Clown Farm.

The show includes special guests, gargoyles, fire breathers and a silent auction. And there’s a VIP Clown Lounge after the show.

And if you like what you see, many of the same clowns will be performing later in the month at the Toronto Festival Of Clowns, which happens May 28 to June 1 at the Pia Bouman Studio and the Brockton Collective.

The fest includes eight full-length shows, five cabarets and a dozen 20 minute micro-plays. The shows include 2 Man, No Show (Isaac Kessler and Ken Hall), As The Foo Turns, written and performed by Helen Donnelly, and Brotherhood: The Hip Hopera, performed by Sebastien Heins.

See torontofestivalofclowns.com for the lineup and schedule.