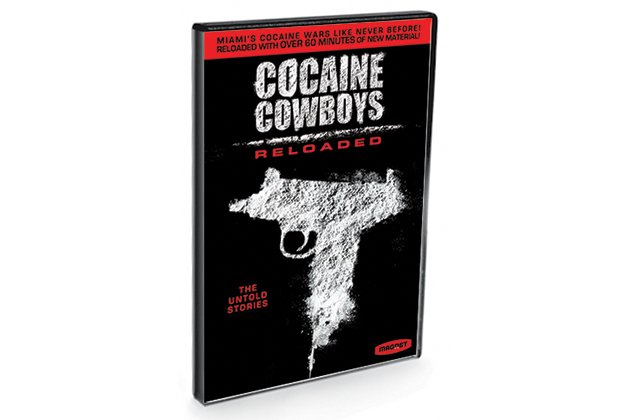 Money, murder and drugs always make a good story, and director Billy Corben crafted great ones in the original Cocaine Cowboys documentary and its sequel, Cocaine Cowboys II: Hustlin’ With The Godmother, so check those out before you hit Cocaine Cowboys Reloaded.

The original covers the smuggling careers of Jon Roberts and Mickey Munday, who go into great detail about how they brought hundreds of tons of cocaine into Miami in the 80s. In the sequel, Jorge “Rivi” Ayala recalls his life of murder for brutal Miami dealer Griselda Blanco.

Cocaine Cowboys Reloaded goes for the bigger picture: the drug wars that doubled Miami’s murder rate in the early 80s.

Roberts, Munday and Ayala are back with more tales of excess and bloodshed, along with Roberts’s then girlfriend and lots of cops.

Everyone gives frank, detailed interviews, and as before, Corben stitches them together with archival footage into a fast-paced dramatic narrative.