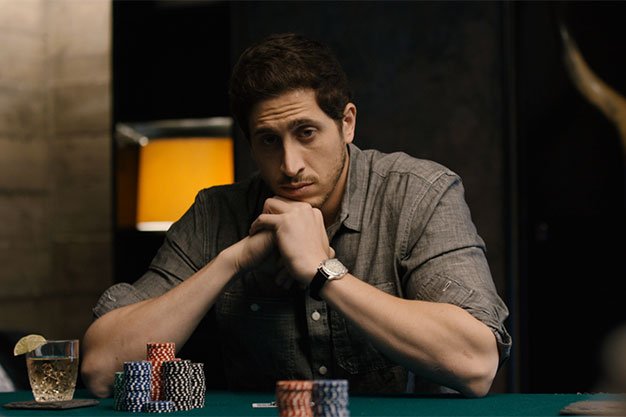 Here’s a pic that’s all set-up and no payoff.

Nice guy Bob (Stéfano Gallo, who also co-wrote the script) has a gambling addiction so intense he rips off his mom (Kate Trotter) to get to the next game. He’s enabled by Chips (Paul Sorvino), Bob’s father figure, the kind of guy who relishes cleaning out Bob at the poker table but will slip the kid a few bucks after the fact.

When Bob’s flat broke, Chips convinces him to rob wealthy player Turk (Robert Knepper), which looks like it’s going to work out – until it doesn’t.

Director Zack Bernbaum gives the film energy, and the performances are decent, especially from Sorvino who does slimeball well. But the script’s key revelations come way too late and the essential confrontation between Turk and Bob makes no sense.