Drizzled with deceit and a hint of pesticides, too, many olive oils are poor-quality imposters. Which bottles can you feel good about buying? 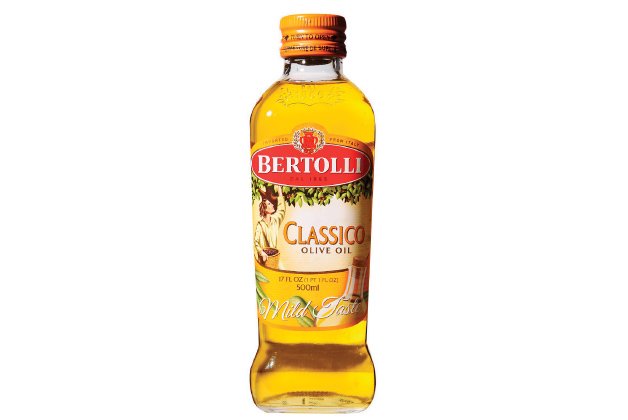 EVOO seems to be drenched in scandal year after year. Last winter 80 per cent of Italian olive sold in the U.S. was detained at U.S. Customs because of residues of an outlawed pesticide. Also in 2013, the Canadian Food Inspection Agency found 27 per cent of extra virgin olive oil samples to be fraudulent in some way, many watered down with canola, soybean, refined olive and olive pomace oils. Earlier California studies found some Bertolli and Filippo samples failed extra-virgin tests. Score: N 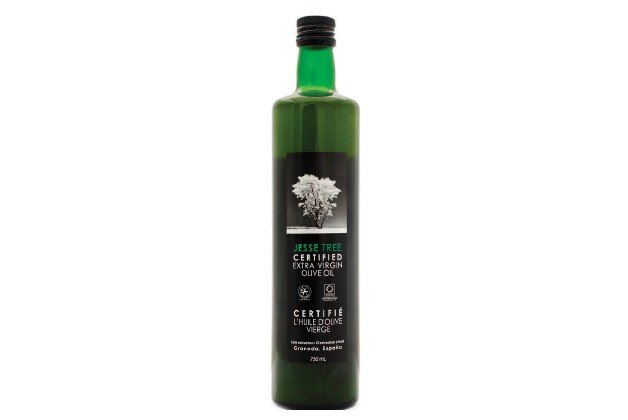 When I first spotted the word “certified” splashed front and centre across this green bottle, I assumed it was advertising its organic status. Nope. This slickly packaged Spanish olive oil is third-party certified to demonstrate that it’s not faking its virginity the way so many other brands have. A step up, no doubt, but sustainability-wise you’d be better off with one of Jesse Tree’s organic imports like Olivastro or Q Organic. Score: NN 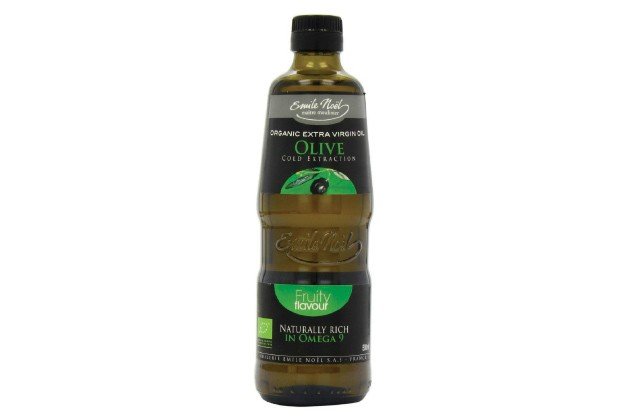 Avoid dipping your bread in pesticide residues by reaching for a certified organic oil. These two are among the most affordable organic on shelves, partly because they get some organic olives from Tunisia (rather than EU countries). Terra Delyssa’s organic oil can be scored at Costco for a steal, though in this price range I prefer Emile Noël since it has fruitier options and only offers organic and/or fair trade products. Both say they’re extra-virgin. Score: NNNN 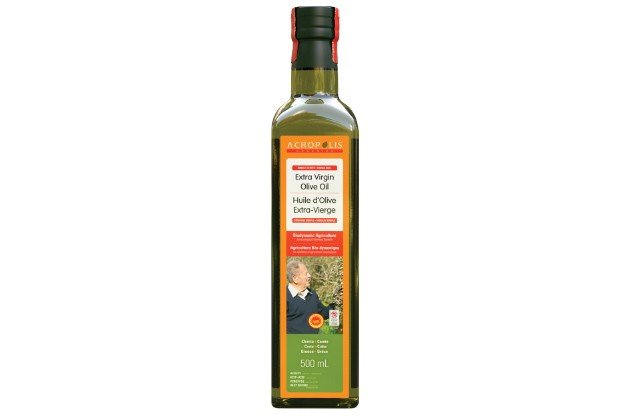 This gourmet first cold-pressed extra-virgin olive oil takes sustainability to a whole other level. All the olives are grown on one family estate on the island of Crete, in line with biodynamic principles (a more holistic version of organic). While they’re awaiting official biodynamic certification, their biodynamic bottles are half the price of their certified organic ones. Both are certified extra-virgin and quite lovely dripped on bread or salad. acropolisorganics.com. Score: NNNNN 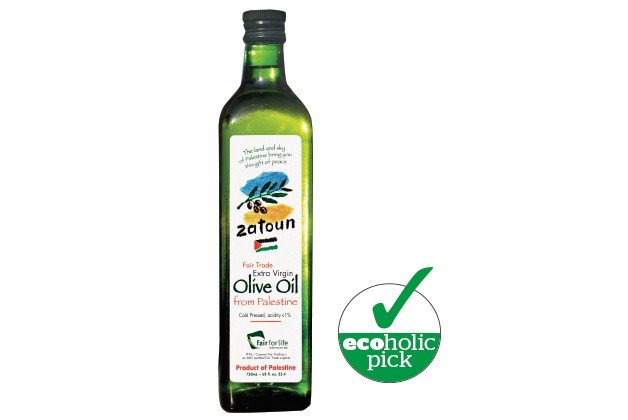 What other olive oil inspires a taste for peace and understanding? Zatoun is the world’s first certified fair trade olive oil, a non-profit enterprise from which proceeds go directly to Palestinian olive growers as well as the planting of olive trees, some 350,000 in the region to date. An additional dollar from each bottle goes to Project Hope, an art therapy program for young Palestinians living in refugee camps. Not all the products are certified organic, but they’re all grown traditionally. Zatoun.com. 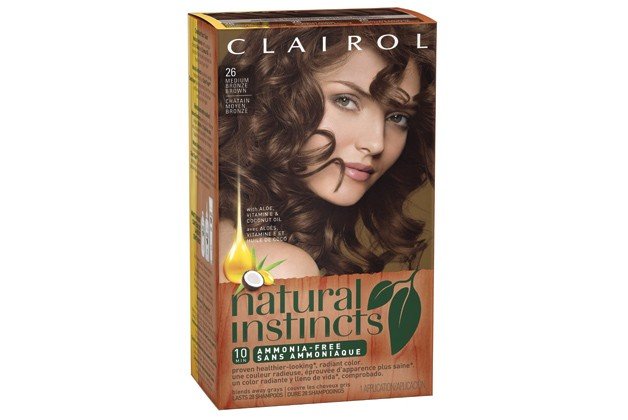 Natural Instincts has been highlighting its token plant-based ingredients for eons, but its latest TV commercials jumping on the coconut oil trend are a bit rich. Adding a smidgen of coconut oil to an ingredient list on one of the three tubes in a hair dye kit is far from notable. Especially since Natural Instincts still contains the same highly allergenic PPD, endocrine-disrupting resorcinol and ecotoxic p-aminophenol that all other permanent hair colours have, minus the ammonia. 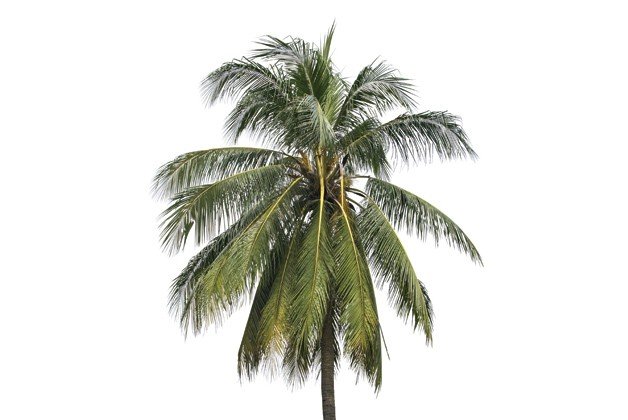 Snack attack: taking a bite out of conflict palm oil

Cereal/snack giant Kellogg, a partner in the world’s largest palm oil trading company, has announced its commitment to deforestation-free palm oil. The move came after U.S.-based Green Century Equity Fund filed a shareholder proposal on the issue and Rainforest Action Network (RAN) ramped up its consumer campaigns against the company’s use of “conflict palm oil.”

Kellogg was this week joined by Mars (maker of M&Ms) in vowing to put an end to deforestation-linked palm oil, acknowledging the need to go beyond inadequate standards like the one behind so-called “sustainable” palm oil certified by the Roundtable on Sustainable Palm Oil (RSPO). This means Snickers and Pringles should be “deforestation-free” by the end of next year. Eco-conscious snackers of the world will be celebrating.

But the battle for deforestation-free palm is far from over. With the U.S. Food and Drug Admin poised to ban trans fats, activists worry companies will ramp up their use of palm oil as a substitute, as they did when labelling of trans fats was first enforced a decade ago.

RAN, the Union of Concerned Scientists and Greenpeace International are all cranking up the palm oil pressure on brands like Procter & Gamble and Pepsico. For info, go to ran.org/palmoil. 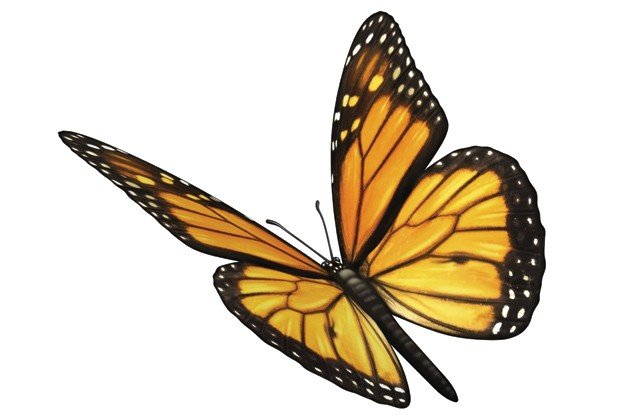 David Suzuki’s telling us to plant more milkweed to help save endangered monarch butterflies. But right now in Ontario, planting common milkweed is technically illegal. That’s because it’s listed as a noxious weed. And under 1990’s Weed Control Act, “every person in possession of land is obligated to destroy all noxious weeds on it.”

Thankfully, the province is moving to protect the long-vilified plant. And none too soon: my otherwise friendly neighbours despise the swaying milkweed in my front yard, and the plants have a habit of disappearing in the night. Soon, hopefully, we can all kick into high gear to spread a nationwide welcome mat for struggling monarchs, planting milkweed in gardens, parks and grassy outcrops everywhere. And maybe millkweed-cursing neighbours can learn to love the “weed,” too.