Collateral Beauty is in crappy taste 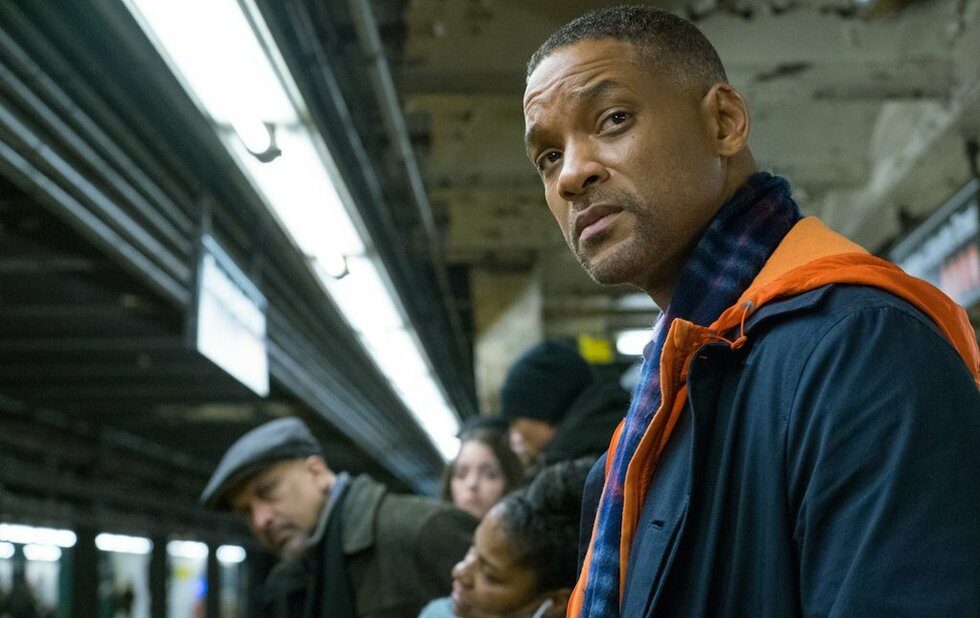 should have just Shut Up.

Kenneth Lonergan’s Manchester By The Sea is a scrupulously crafted, emotionally honest take on grieving. David Frankel’s Collateral Beauty is the exact opposite, handing us Will Smith as a father in mourning and then floating away on a twinkle-toed premise to remedy his catatonic state.

Smith’s Howard is an ad exec who, three years after his daughter’s death, spends his time constructing elaborate domino structures while his firm crumbles. Kate Winslet, Edward Norton and Michael Peña play his friends and business partners, who are strung out from efforts to console him while carrying their own emotional burdens.

Then a laboured set-up introduces us to Helen Mirren, Keira Knightley and Jacob Latimore, who claim to be Death, Love and Time, respectively, and who engage Howard in brief conversations meant to jolt him back to life.

There’s a chuckle to be had at such hair-brained schematics, which seem like the invention of writers who got drunk on eggnog before sitting down to figure out how to find light at the end of one of the darkest tunnels.

Their solution is to make a grinning fairy tale about mourning. It left me completely dry-eyed because at no point did the characters ever feel like people. At one point, Mirren’s Death, Knightley’s Love and Latimore’s Time are referred to as “abstractions.”

That’s a term I would apply to everyone in the film.