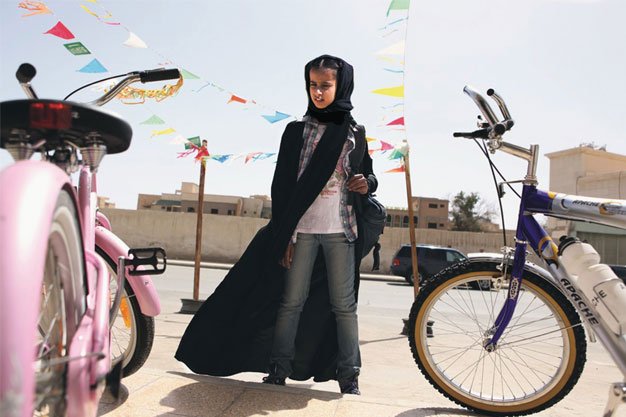 The Regent Park Film Festival aims to bring the movies into the underserved Toronto neighbourhood, hosting a program of recent docs, shorts and features. All screenings are free, and seats can be reserved ahead of time on the festival’s website.

For families, there’s a Saturday morning screening – complete with breakfast – of Haifaa Al Mansour’s acclaimed Wadjda (Saturday, November 22). The first Saudi Arabian feature directed by a woman, it follows a 10-year-old girl (Waad Mohammed) who enters a Koran recitation contest to win enough money for a bicycle. It’s a charmer.

A program of local documentaries (Saturday) centres on Hope Heights, Marc Magnusson’s portrait of the Lawrence Heights community as it actually exists rather than the battle zone we see in breathless news reports. It’s a little longer than it needs to be, but I can’t blame Magnusson for wanting to be sure we take his point.

There’s no such optimism in Eugene Jarecki’s shattering documentary The House I Live In (Saturday), about the victims of America’s war on drugs who are locked in overcrowded prisons due to mandatory minimum sentences. It’s a despairing look at the cynicism and contempt that drives U.S. drug policy – and if you think it isn’t happening here, you haven’t been paying attention.