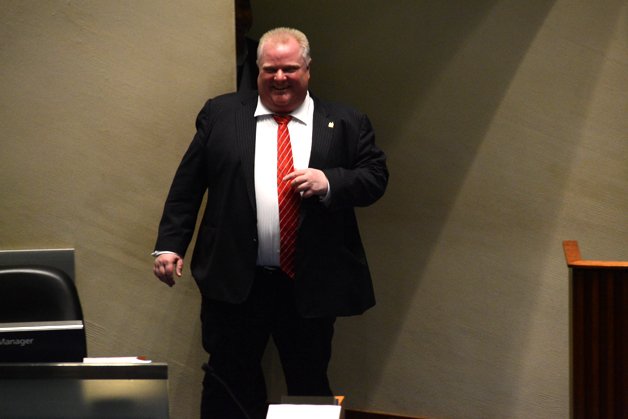 In a report that strikes at the heart of Mayor Rob Ford’s customer service brand, Toronto’s civil service watchdog has found that more residents are complaining about city staff.

Ombudsman Fiona Crean released her 2013 annual report at a press conference at City Hall on Wednesday. It detailed a total of 1,827 public complaints, a 28 per cent spike over the previous year. The most complained about agencies were Toronto Community Housing, the TTC, and Municipal Licensing and Standards.

The higher number of complaints could be at least partially attributed to the fact that more people are aware of her office, Crean said. But she flagged what she described as a “very troubling” increase in complaints about poor communication from city staff.

Such complaints made up 70 per cent of all cases handled by her office last year, up from 40 per cent in 2011 and 55 per cent in 2012. As examples of poor communication Crean noted cases of unreturned phone calls, unreasonably long response times, and staff providing wrong information.

Because the report is based solely on public complaints to her office, Crean stressed that she could not determine whether the public service as a whole is getting worse. But she did make note that the city is more than 2,540 employees short of its council-approved staff complement, meaning employees are “doing more work with fewer resources,” leaving them “stretched and stressed.”

“There is no question that resources are tight, and I’m sure that that’s one of the many reasons that this has impacted on communications,” she said.

“It was this administration that came in saying they had an agenda of shrinking government, smaller government, lower taxes. And the only way to achieve that agenda of cuts is by getting rid of people,” she said. “Now it’s become abundantly clear to everyone that the people who are no longer here were actually performing services.”

Ford instituted a hiring slowdown in his first year in office, and hundreds of jobs were slashed in an effort to reduce spending. As it stands, the city doesn’t even employ enough people to reach the new, lower staffing levels. The 2,540 empty positions mean that 4.9 per cent of the approved complement of 52,400 jobs are unfilled.

Councillor David Shiner, who is chair of the government management committee and a member of the mayor’s executive, says it will be difficult to hire enough people to reach the full complement because the city’s human resources department itself is understaffed.

A September 2013 report found that as result of budget cuts there were 15 to 20 per cent fewer workers engaged in hiring than there were in 2009, meaning vacancies aren’t being filled quickly enough.

“There aren’t the resources in place now to hire the staff,” said Shiner.

Shiner agrees that customer service is “waning” but wouldn’t lay the blame at the mayor’s feet. He says a majority of councillors have approved successive budgets that have left city divisions understaffed and City Manager Joe Pennachetti implemented the hiring freeze. The city manager takes direction from the administration, however.

The mayor, whose email template lists “customer service excellence” as his top priority, did not respond to written questions NOW sent to a spokesperson on Wednesday. But in a scrum with reporters Ford took no responsibility for the apparent deterioration in city service, and instead pointed his finger at workers. He warned employees “are going to get pink slips if they don’t start responding to taxpayers when they call.”

Tim Maguire, president of the city inside workers union CUPE Local 79, believes it is the responsibility of employees to deal with the public respectfully and resolve their issues efficiently, but the bottom is line is that the city needs to hire more people.

“Local 79 would certainly be willing to sit down with the city and discuss any measures that could be taken to improve customer service,” he said. But “you can’t have increased customer service with cuts to positions and not filling positions.”

This story has been edited from an earlier version.