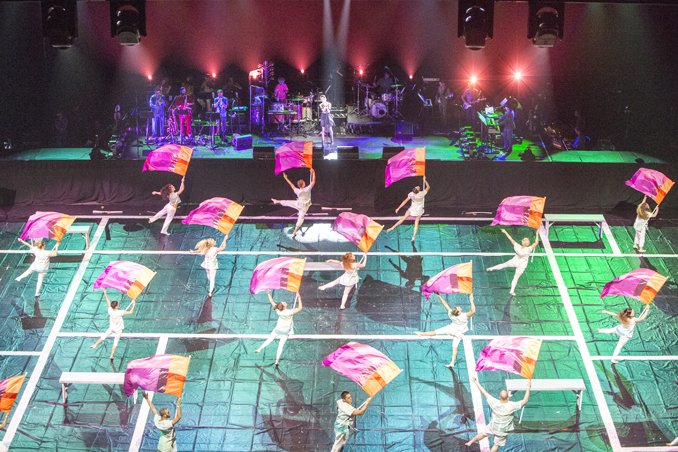 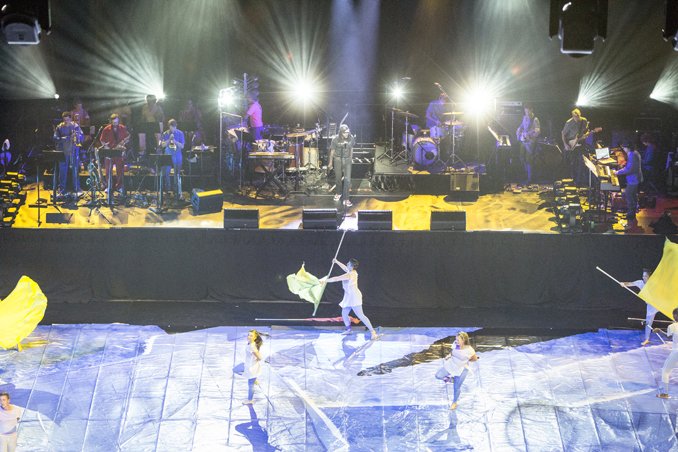 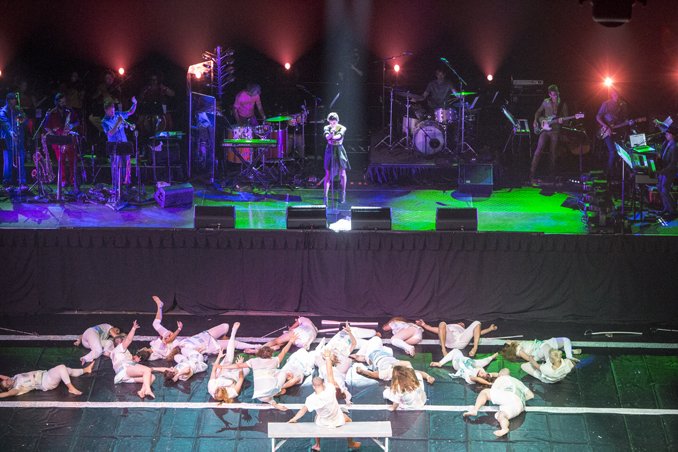 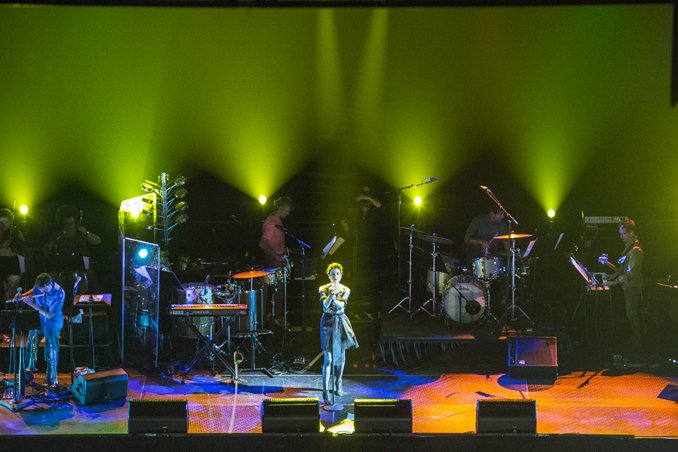 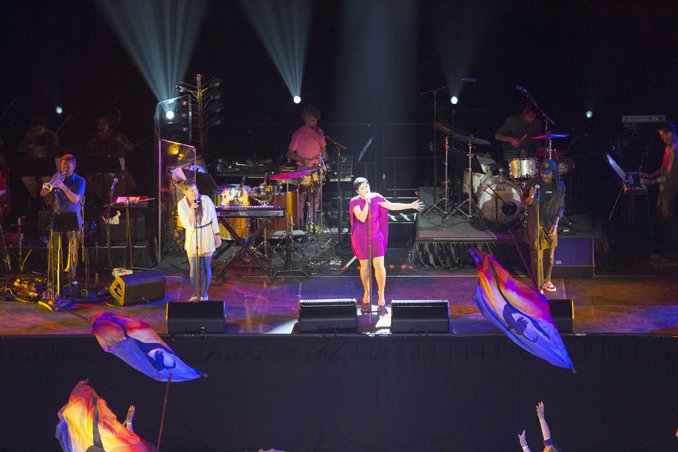 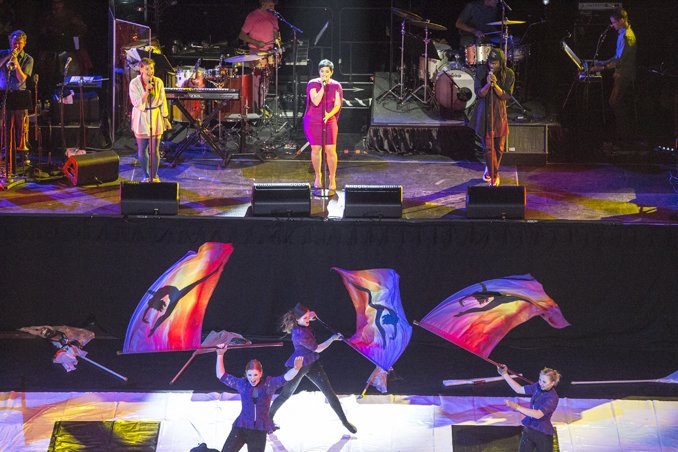 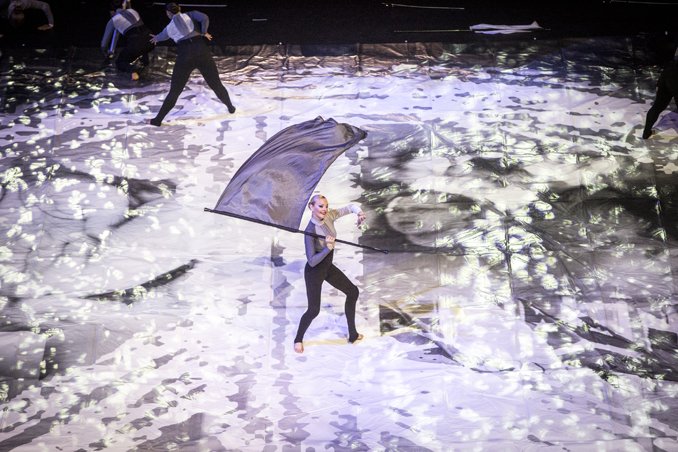 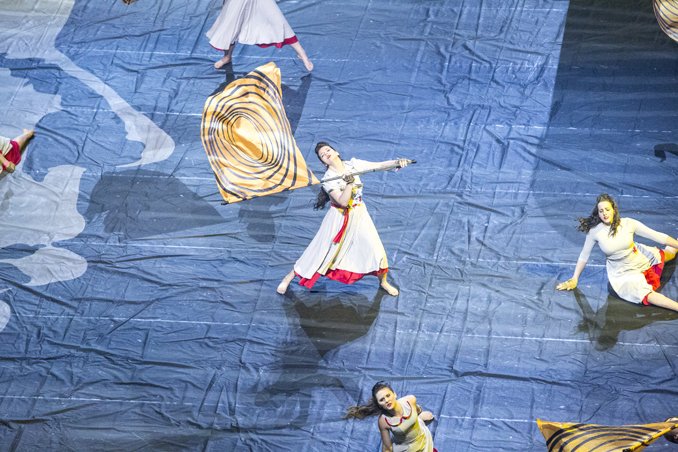 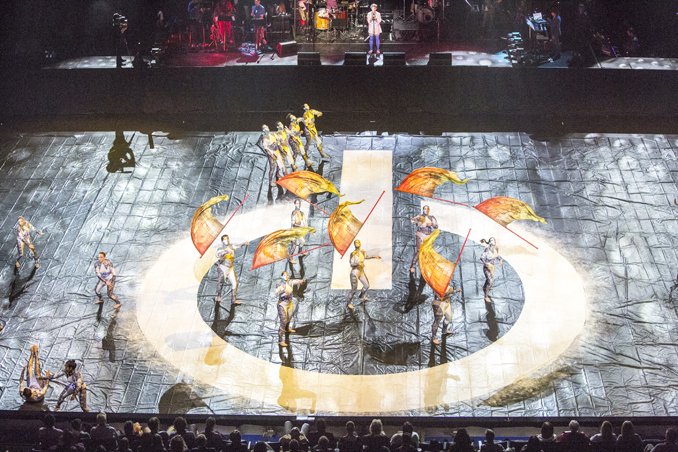 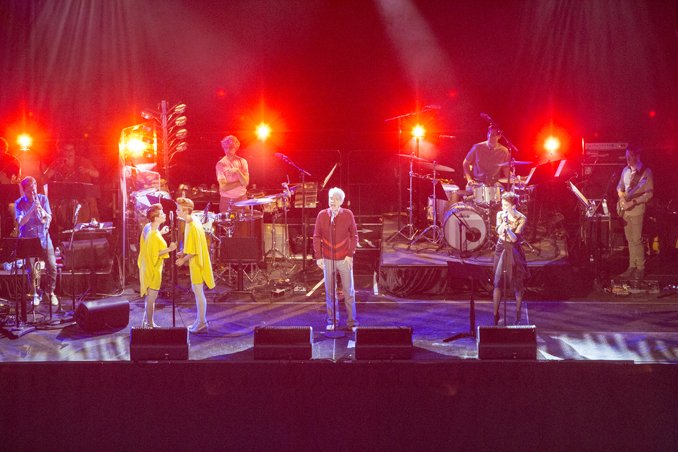 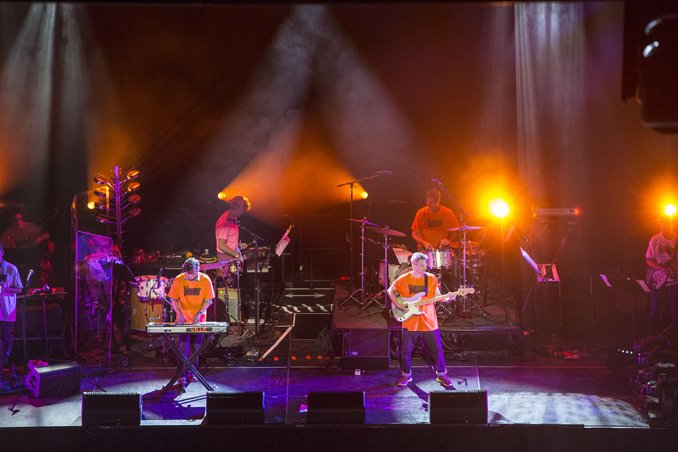 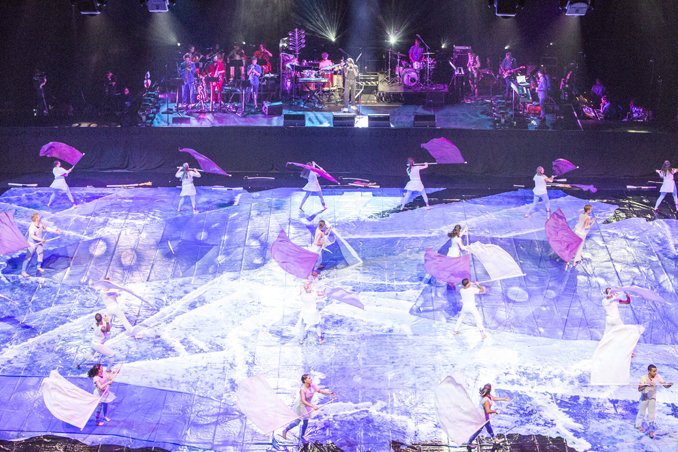 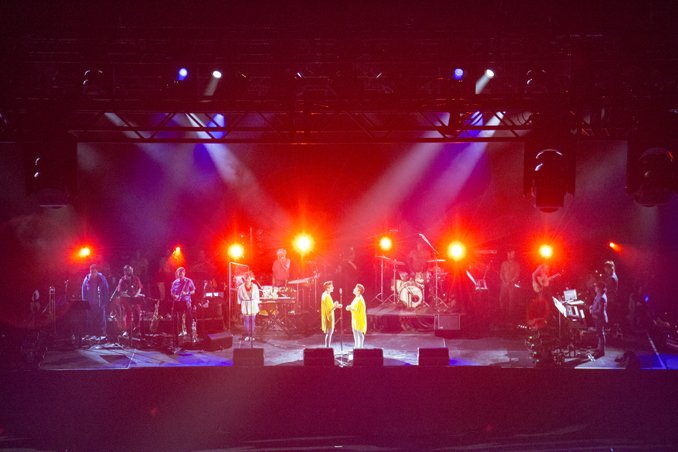 Introducing colour guard to the masses is just the kind of quirky idea we’ve come to expect from David Byrne. In a sparsely filled Air Canada Centre, we watched high school teams in sometimes flamboyant, sometimes plain uniforms march, dance, pirouette and clamber over props while tossing flags, batons and rifles into the air. Behind them on a wide stage, big-name recording musicians known for their arty leanings (well, maybe aside from Nelly Furtado) performed commissioned songs full of sonic drama.

About half of the 10 presentations hit hard, including team Field of View’s creepy Lunatic, set to St. Vincent’s Everyone You Know Will Go Away, the Black Watch/Dev Hynes’s collab that got seriously funky, the gothic Every 40 Seconds by How to Dress Well and colour guard team Mechanicsburg HS. Surprisingly, Byrne’s bellowing ballad (with an inaudible St. Vincent) had little rhythmic thrust or impact, while Furtado, who earned the biggest applause while entering the stage, failed to achieve liftoff with her bombastically pop World Premiere.

The musicians were positioned so distantly from the audience that recordings of their songs likely would’ve had a similar effect. It wasn’t till the end of Zola Jesus’s piece with team Brigadiers that I noticed she was flailing around ferociously onstage, full of a fervour that didn’t reach us a football field away. (Might’ve been more effective to have the stage performances shown on the two side screens.)

But the colour guards teams were meant to be the focus anyway, spinning and flipping on evocatively painted tarps sprawled out across the ACC’s massive floor. Flag colours flashed vibrantly, intermittently. Every body type was represented, and it was refreshing. “Colour guard is the sport of the arts,” we were told during the video clips that filled in colour-guard history for those new to the activity (i.e., most of us) during the teams/musicians switchovers. “Creativity by the people,” Byrne stated in a clip.

Best was a spoken word/radio-style piece by This American Life’s Ira Glass, Nico Muhly and team Alter Ego, in which Glass layered snippets from interviews with Alter Ego’s teens that built into an emotional apex about the fleetingness of relationships – colour guard ends once you graduate high school – and the power of collaboration. The team finished by walking right up to the audience, staring openly and vulnerably at us.

That piece came early in the show, and I wish they’d saved it for last. Not just because of its intense emotionalism, but because it wasn’t till near the end that we’d been fully sold on the coolness of the sport and understood why it mattered so much to each of them.