Win a pair of tickets to TOsketchfest's Best of the Fest Award Show on March 13th at The Theatre Centre Mainspace! 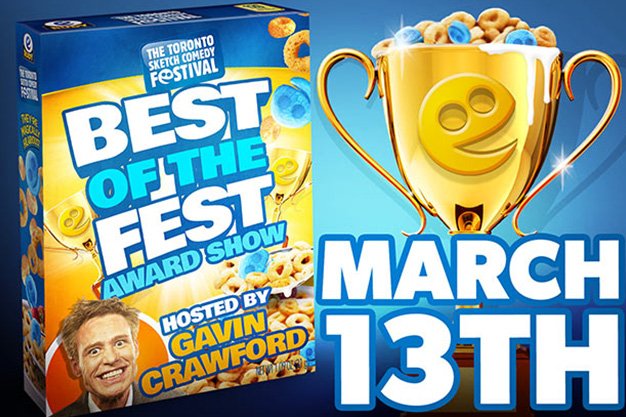 TOsketchfest presents a highlight-reel variety show featuring some of the most hilarious acts in the 11th annual Toronto Sketch Comedy Festival. Hosted by GAVIN CRAWFORD (CBC’s Because News), the winner of the coveted Best of the Fest Prize will be announced.  Your prize pack includes:

Check out our top 5 shows at last year’s TOskecthfest here.