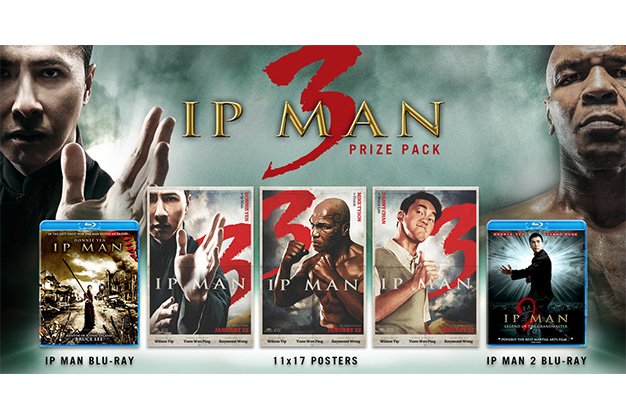 Donnie Yen ignites the screen in a return to his iconic role of Ip Man, the real-life Wing Chun Kung Fu master who mentored Bruce Lee.

In this explosive third installment of the blockbuster martial arts series, when a band of brutal gangsters led by a crooked property developer (Mike Tyson) make a play to take over the city, Master Ip is forced to take a stand. Fists will fly as some of the most incredible fight scenes ever filmed, choreographed by the legendary Yuen Woo Ping (THE MATRIX, KILL BILL), play out on the big screen in this soon-to-be classic of the genre.

See it in theaters now.