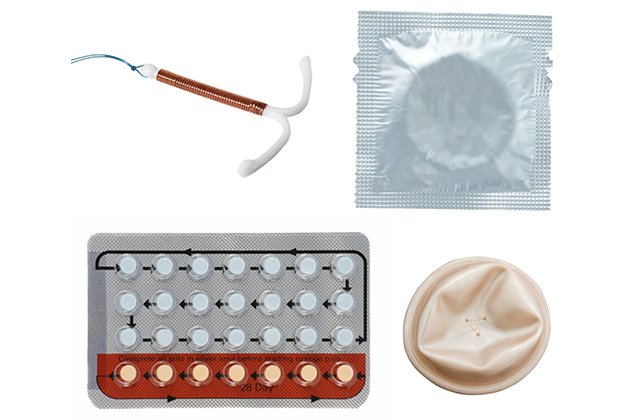 The old in-and-out can be loads of fun. But there are so many complications around all that exchange of bodily fluids.

Condoms are the only protection against STIs. But what about when you’re in a (straight) long-term, monogamous relationship, both of you have been tested for everything and your only worry is unwanted pregnancy? A lot of folks in this situation want to do away with the rubber, which can reduce sexual pleasure for both men and women.

Many men balk at the idea of getting a vasectomy, even if it is supposedly reversible.

Other options include birth control implants, sponges, diaphragms and good old withdrawal, which, according to some media, is making a comeback.

The pill isn’t for everyone. Some women don’t want to take hormones long-term, and third-generation oral contraceptives Yaz and Yasmin have been implicated in 23 deaths and hundreds of adverse reactions between 2007 and 2013. Bayer has already shelled out over $1 billion in settlements, and lawsuits are still pending.

Nevertheless, the vast majority of women who take the pill are fine.

There’s also emergency contraception, which you take after sex.

All of these methods may have an impact on sexual satisfaction.

So what are our best options? And is there a good, natural one?

What the Experts Say

“There are theoretical and actual use statistics. Theoretical use statistics refer to when the contraceptive is being used perfectly every single time, which in real life doesn’t always happen. So actual statistics are more an average that takes into account the fact that many people have a slip-up now and then or don’t use them the correct way.

The least effective method is doing nothing, but surprisingly, a lot of people still do that. After that, withdrawal is least effective. Next would be most of the barrier methods by themselves, not including the condom – things like the diaphragm or foam. They have a 75 to 80 per cent effectiveness rate.

Most effective is sterilization – a tubal ligation or vasectomy.

Some methods do carry health risks. The riskiest are any of the combined hormonal contraceptives – the pill, the patch or ring – but they’re still quite safe for the vast majority of women. The IUD can perforate the uterus during insertion and carries the risk of pelvic infection, which can lead to sterility.”

The pill is a powerful drug taken mostly by healthy young women. We’re told it’s a compromise – if you experience side effects, that’s better than being pregnant. I see that as a false dichotomy. There are a lot of side effects to shutting down ovulation long-term, and a lot of benefits to not doing that. You’ve got a huge market of people taking a drug for many years. And our medical view of women’s health hasn’t progressed much since the Victorian age. We still see women as fundamentally sick or faulty, especially where their cycles are concerned.

Third-generation pills such as Yaz and vaginal rings like NuvaRing [which contains progestin and estrogen] obviously hold a higher risk of complications and death. If you want to take hormonal birth control, you’re better off taking the older generation. There’s more risk of blood clots and strokes with the newer versions. The better choice is not to use hormonal birth control at all, unless you have endometriosis. Putting millions of healthy women on drugs is not good for anybody.”

“A significant minority of women experience libido reductions while using oral contraceptives. On the other hand, a small group of women enjoy sex more on the pill because they’re protected against pregnancy.

If you’re experiencing a decrease in libido or other aspects of your sexual functioning while on an oral contraceptive, speak with your care provider about other options. It might be the specific pill.

My research on IUDs and implants shows that they allow for great sexual spontaneity and are extremely effective, and you don’t always have to be wondering if you took your pill.

Pregnancy prevention has historically been women’s domain, but a lot of men want to do their part and say they’d use a hormonal method if it were available to them. We have more and more evidence that condoms reduce pleasure for a lot of women.”

“The oral contraceptive method is one of the safest forms of birth control ever developed. There are more studies on it than on any other method in terms of its safety.

Emergency contraception is a form of oral contraception in a higher dose but used only for one day or at most two. There are no contraindications, and nobody is at risk from negative health impacts from using it, unless getting pregnant is a health risk for the person.

It’s not recommended as a routine method of birth control, because it’s not nearly as effective as other methods. But it can be safely used by women who have infrequent sex and won’t use it more than twice a month, though you could then get some cycle irregularity.”

“The natural family planning system that has gained a bit of currency around the world is called the Standard Days Method. It’s usually used with [family planning tool] CycleBeads. It helps a woman identify the days during her menstrual cycle when she’s most likely to get pregnant.

All-natural fertility-awareness-based methods rely on a number of things. One is that a woman is most likely to get pregnant on the day of ovulation or the few days just prior to it. The day is not the same every cycle, and there is variation between women. So you can’t say, ‘14 days after the day my period starts is the day I’m going to ovulate.’

Some of the methods are based on the length of the cycle and a calculation of when ovulation is likely to happen. Others are based on symptoms like changes in secretions and basal body temperature.”