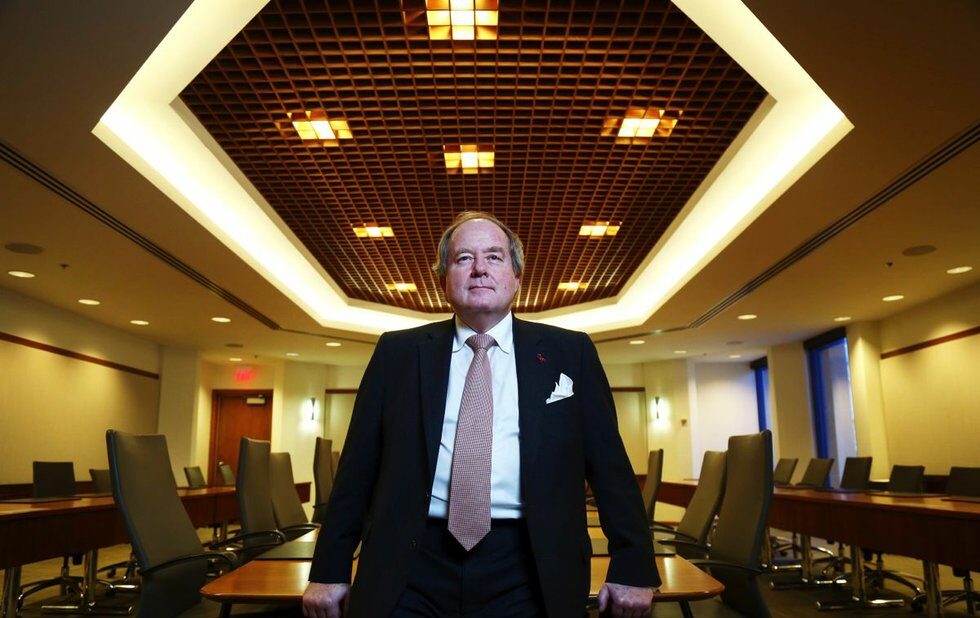 Last week, NOW reported that Andy Pringle, chair of the Toronto Police Services Board, is raising funds for Conservative party leadership candidate Kellie Leitch. Given that Leitch’s campaign is centred around a Trump-like proposal to screen potential immigrants for their compatibility with “Canadian values,” a number of past board chairs and lawyers are raising more questions as to whether Pringle’s activities might run afoul of the province’s code of conduct for police board members, penalties for which can range from a formal reprimand to removal.

Asked to respond to allegations of possible violations, Pringle simply tells NOW that prior to fundraising for John Tory’s 2014 mayoral campaign, “I checked with the then-chair of the board, Alok Mukherjee, and with the lawyers, as to if there was any conflict, and the answer was no.”

The Code of Conduct for members of police services boards sets out standards of behaviour for board members across Ontario.

Section 8 of the code says that “board members shall uphold the letter and spirit of the Code” and “discharge their duties in a manner that will inspire public confidence in the abilities and integrity of the board.”

Section 13 says that “board members shall refrain from engaging in conduct that would discredit or compromise the integrity of the board or the police force.”

Pringle’s predecessor, the aforementioned Mukherjee, who was chair from 2005 to 2015, says in a phone interview that “in light of the very sensitive policy matters the board is dealing with concerning our very diverse communities, it’s a question consistent with Section 8 of the board members’ code of conduct whether the chair’s involvement in partisan politics might in any way compromise the board’s ability to inspire or retain public trust.” He later follows up in an email to point out that Section 13 could also apply.

What is the legal gauge?

The Law Union of Ontario’s Howard Morton sees it as akin to the test for conflict of interest on the part of a judge.

“What the case law has always said, going way back, is that if somebody’s alleging bias on the part of the judge, you don’t have to show real bias,” he says. “All you have to show is a public perception of bias, because that public perception, whether right or wrong, could lead people to feel that justice isn’t what it should be.”

For Morton, a former Crown and head of the province’s Special Investigations Unit from 1992 to 95 who has frequently appeared at the board to speak against carding, Pringle’s fundraising for Leitch shows “he has terrible judgment” and “clearly impairs the public confidence in the integrity of the board going forward” on issues relating to the policing of marginalized communities.

Constitutional and criminal lawyer Clayton Ruby agrees that Pringle’s conduct “makes the work of the board with minorities more difficult” but disagrees that that in itself might constitute a breach of the code.

“It’s a political statement, which I think is retrograde and unfortunate and denigrative of a large portion of our population… but it’s purely political,” he says. “There’s no legal conflict of interest.”

Ruby believes in a narrow interpretation of discreditable conduct, arguing it’s limited to relatively concrete behaviours such as sexual impropriety or dishonesty.

But Morton rejects that reading, observing that the code’s authors “would’ve used much stronger terminology if they were after that sort of egregious, almost criminal behaviour.”

The two lawyers have separately defended board members alleged to have violated the code in recent years. Morton represented former chair Mukherjee in late 2014 when the Toronto Police Association complained that he’d broken sections 8 and 13 when he shared a Facebook post comparing the number of Americans killed by police to those killed by ISIS and Ebola. Ruby acted for former vice chair Michael Thompson earlier that year when other board members, including Pringle, complained that he’d violated the same sections (plus one other) for comments he made to the Star that were critical of the force.

Both of their clients were successful in fending off the complaints.

“Protecting public confidence in policing is a central board role, and anything that can be construed as undermining that public confidence should be avoided,” says Susan Eng, chair from 1991 to 95. “And that includes seeming to support people who hold ideas that would foment racism.”

Section 9 of the code says that “board members shall discharge their duties in a manner that respects the dignity of individuals and in accordance with the Human Rights Code and the Charter Of Rights And Freedoms.”

Civil rights lawyer Anthony Morgan, an associate at Falconers who previously headed up policy and research at the African Canadian Legal Clinic, believes a reading of that section, as well as 8 and 13, “raises serious concerns in terms of Mr. Pringle’s involvement with [Leitch’s] campaign.”

That is, could Pringle’s support for a leadership candidate running on the suspicion of immigrants be viewed as an expression of those same values?

Morton thinks the section is fairly restrictive in that the phrase “shall discharge their duties” probably limits its definition to the carrying of out official board responsibilities.

“If I were acting for him,” he says, “I would argue that it’s specific to the duties as member of the board.”

But he says that if he were acting for a complainant, he’d argue that the section needs to be read in the context of the entire code, which envisions members’ standards of behaviour more generally.

Section 10 says that “board members shall not use their office to advance their interests or the interests of any person or organization with whom or with which they are associated.”

Morton believes that Pringle may have inadvertently breached this section when he confirmed to NOW that he was fundraising for and supporting Leitch, because it could have the effect of an endorsement.

“I don’t think he intentionally spoke to you to try to advance her,” he says. “But negligence and recklessness always play in to these quasi-criminal sorts of things.”

In any situation where members of the public believe that a police services board member has violated the code, they can launch a complaint to the board, the Ontario Civilian Police Commission (OCPC) or both.

Morton says that complaining to the OCPC, the provincial oversight agency, is the more common and, in his view, “frankly the much better” route.

It’s a more formal process than complaining to the board – the commission has broader powers of investigation and can impose a wider range of penalties.