COSMOPOLIS written and directed by David Cronenberg, from. 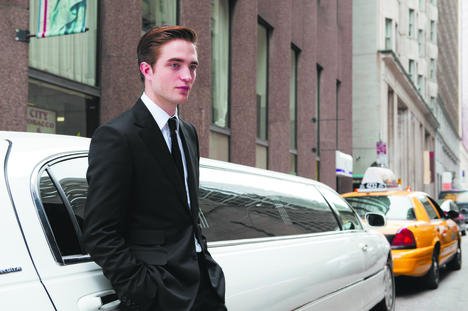 But Cronenberg might be the only filmmaker who would try to adapt DeLillo’s 2003 tale of a financial wizard’s personal and professional meltdown during an endless limo ride across Manhattan it offers the same sort of vaguely hallucinatory, suffocating internal journey as Naked Lunch or eXistenZ.

Nothing seems entirely real – not the explosive protests outside Robert Pattinson’s cocoon-like limousine, nor his stilted conversations with his wife (Sarah Gadon), his head of security (Kevin Durand) or his theory consultant (Samantha Morton). The film glides along on dreamy inertia, with characters popping up for random conversations before vanishing from the narrative.

The result is more interesting as an intellectual experience than as entertainment you watch Cosmopolis fully aware that it wants to be deconstructed rather than enjoyed.