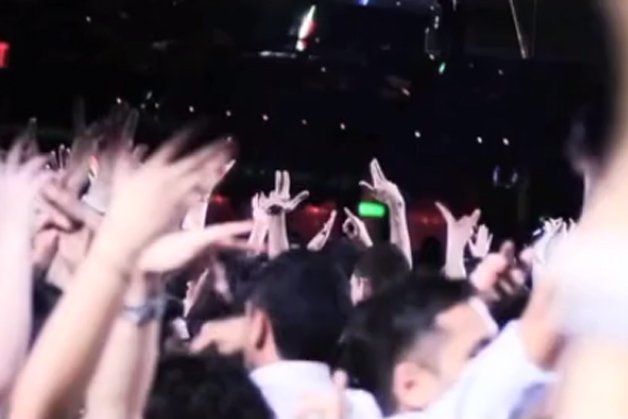 Oontz, oontz, oontz! The sound of electronic dance music will boom at the lakeshore once more.

Council voted 31-4 on Thursday to compel the Exhibition Place board of governors to reverse its ban on electronic dance music events.

“I think folks have realized it was a rash decision on the part of the Ex Place board, not grounded in fact,” said Councillor Mike Layton after the vote.

The ban was enacted quietly last month, when the board voted 4-3 to prohibit EDM events (or raves, as the kids call ’em) on Exhibition Place property. Proponents of the ban, including board member Councillor Giorgio Mammoliti, raised the spectre of underage drug use at the all-ages events and argued they pose a danger to children.

But some observers believe there was an ulterior motive to the ban: helping out Muzik, Mayor Rob Ford’s preferred nightspot, which operates Saturday nights out of the Horticultural Building at the Ex.

Exhibition Place CEO Dianne Younge confirmed Thursday that the club was responsible for getting the EDM ban on the board’s agenda. Muzik’s owner Zlatko Starkovski wrote a letter to board chair Councillor Mark Grimes in January complaining about the effect EDM parties had on his business, saying that each party the Ex hosts “further jeopardizes our business plan.”

At the board meeting last month, Starkovski warned that all-ages EDM parties attract pedophiles and drug dealers and predicted “eventually, something is going to wrong.”

Councillor Gord Perks accused the ban’s proponents of peddling “manufactured moral panic” to mask what was really an attempt by to eradicate Starkovski’s competition.

Perks, also a member of the Exhibition Place board, argued that it is much safer to host EDM parties on city property than at private venues. Following the overdose death of 21-year-old Alan Ho at a rave in underground parking garage in 2000, the city reviewed its policy for hosting parties at Exhibition Place.

The policy now mandates that ambulance service be on-site at all times, police be deployed both inside and outside the venue, and that areas where alcohol is sold be monitored by officers. Turnstiles must also be in place at all entrances to ensure the venue doesn’t go over capacity, and event organizers must submit a written emergency plan.

“The safest events are the ones held at Exhibition Place,” said Perks.

Sensing there was little support on council to uphold the ban, Mammoliti said Wednesday he was walking out of this week’s council session in protest. He claimed statistics about how many children had been taken out of EDM parties in ambulances were being kept secret and declared he wouldn’t take part in a “kangaroo council.”

Councillor Grimes, an ally of the mayor and chair of the Exhibition Place board, tried unsuccessfully to defer the issue until next month’s council meeting, ostensibly to give the board time to release the confidential information about injuries at EDM parties.

“Kids are getting wheeled in ambulance,” he warned. “Is this the type of event we want there? I say no.”

According to Emergency Medical Services, at a recent 9,000-capacity EDM event in September EMS received nine calls, and transported eight people to hospital. EMS could not release the reason for the calls due to confidentiality rules, and it’s not clear how many, if any, were drug-related.

As part of council’s decision, the board will review its safety policies and report back to council in July.

Mayor Ford is a frequent visitor to Muzik, and according to a recent report in the Toronto Star is a preferred customer. Last month Ford told reporters he made a late night excursion to the club after getting call from “Z,” his nickname for Starkovski. Muzik has also provided liquor service to the mayor’s Ford Fest parties.

Ford is currently on leave for a self-professed alcohol problem. Starkovski did not immediately return a request for comment.