NOW MagazineNewsCouncillors call for end of Fords’ feud with chief

Councillors call for end of Fords’ feud with chief

War of words between mayor and Bill Blair must stop, say council members 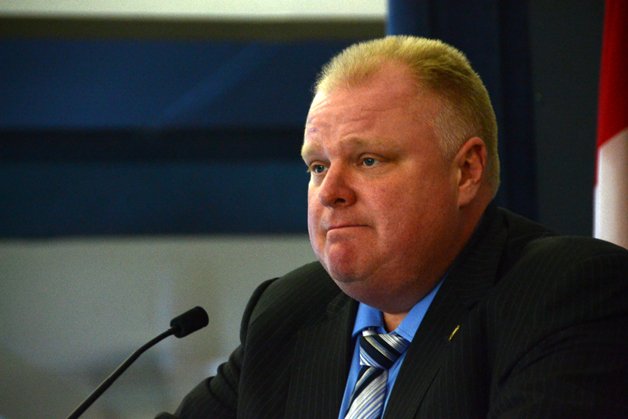 The Ford brothers’ verbal attack on the chief of police is a desperate attempt to distract from the mayor’s faltering re-election bid, according to one councillor.

Adam Vaughan laid into Mayor Rob Ford and his brother, Councillor Doug Ford, on Friday when he was asked on about their escalating feud with Chief Bill Blair.

“Doug Ford is about one thing and one thing only: getting Rob Ford re-elected. And if you talk about Rob Ford, that’s not going to happen. So he’s talking about something else and somebody else and making stuff up again,” said Councillor Vaughan, who is consistently one of the Fords’ harshest critics.

The councillor defended the chief, who launched an investigation into the mayor’s activities last spring after reports that Ford was caught on video smoking crack cocaine. Vaughan suggested that the mayor’s behaviour since those reports also deserves scrutiny from law enforcement.

“If the mayor wants to be treated with more respect he ought to respect himself.”

Vaughan’s comments came after the Fords launched an unprecedented attack on Blair on Thursday, when Doug accused him of being part of a conspiracy to help elect mayoral candidate John Tory. The same day, the mayor dared Blair to arrest him and questioned the cost of the investigation, which has yet to result in any charges against the chief magistrate.

“If he’s going to arrest me, arrest me,” Ford said. “I have done nothing wrong.”

The simmering conflict between the Fords and the chief had ramped up this week with news that the Office of the Independent Police Review Director is investigating a complaint Councillor Ford filed against Blair. It alleges the chief acted improperly by saying he was “disappointed” by the crack video. The councillor has also raised concerns about a fishing trip that Blair took in 2013 with police board member Andy Pringle, who is a friend of Tory’s as well as his former chief of staff.

A spokesperson for board chair Alok Mukherjee said Pringle ran the trip by Mukherjee and he okayed it.

Blair responded to new of the complaint by taking the unusual step of speaking out about a video posted online last month that showed the mayor in an intoxicated rant at the Steak Queen restaurant and appearing to call the chief a “cocksucker.” In a sit-down interview with the Toronto Star on Wednesday, Blair called the footage “disgusting” and said he was “deeply offended” by the mayor’s slur.

The chief also said the mayor’s friend Alexander Lisi had hinted to police that the Fords would be coming after Blair. Lisi was arrested on October 31 as a result of the investigation into the mayor and his associates and charged with extortion in relation to alleged attempts to retrieve the crack video. According to Blair he he told investigating officers “Your boss is going to get his.”

Mayor Ford was not at City Hall on Friday morning. Instead he spent much of the day at the Etobicoke Civic Centre speaking to residents about social housing.

But council members who were at City Hall for a roundtable discussion about gridlock said the very public fight between the mayor and the chief was detrimental to the public trust.

“It’s a problem when the mayor can’t get along with the chief of police,” said Councillor Denzil Minnan-Wong. “Crime and safety are an important issue to many Torontonians and the fact that there’s conflict with the mayor and the chief of police does not serve the residents of the city of Toronto.

“I would hope that a resolution between the two would be in the near future,” he said, adding that he didn’t feel it was having a direct impact on city business.

Councillor Michael Thompson, who has said he will not support Blair’s reappointment after his contract expires next year, said it was up to both the chief and Mayor Ford to bring their spat to an end.

“I think both men will have to resolve that particular matter,” said Thompson, who serves as vice-chair of the Toronto Police Services Board. “I think both gentlemen will have to actually rise to the occasion and demonstrate a sense of professionalism that the residents of Toronto expect.”