Twenty-five Toronto city councillors have signed a letter asking Premier Kathleen Wynne to take the Feds' Protection of Communities and. 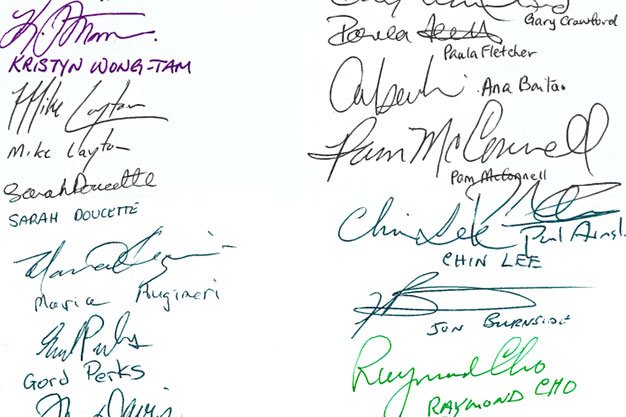 Twenty-five Toronto city councillors have signed a letter asking Premier Kathleen Wynne to take the Feds’ Protection of Communities and Exploited Persons Act (Bill C-36) to the Ontario Court of Appeal to determine if it is constitutional. The new legislation, which received royal assent last month, will become law on Saturday.

“As City Councillors, we work to promote measures that increase public safety and that materially improve the living conditions of marginalized residents,” it reads. “In particular, we are united in our efforts to end violence against women. To that end, we strive to identify and correct situations that, however inadvertently, create conditions that are unsafe for any woman.

“We fear that Bill C-36 has introduced such unsafe conditions into Canadian society, bringing foreseeable detriment and real danger to some of the most vulnerable women we represent.”

“If I had more time, and its tough to track down all 45 members of council, I would have been able to secure more signatures. That I know,” Wong-Tam said. “However, I also recognize that Kathleen Wynne, our premier, needed to hear from us as soon as possible. Hopefully shell listen.”

The letter will be presented at City Hall on Friday (Dec. 5), which is the National Day for Remembrance and Action on Violence Against Women and the 25th anniversary of the Montreal massacre.

Read the full letter below:

Letter from Councillors to Kathleen Wynne re: Bill C-36