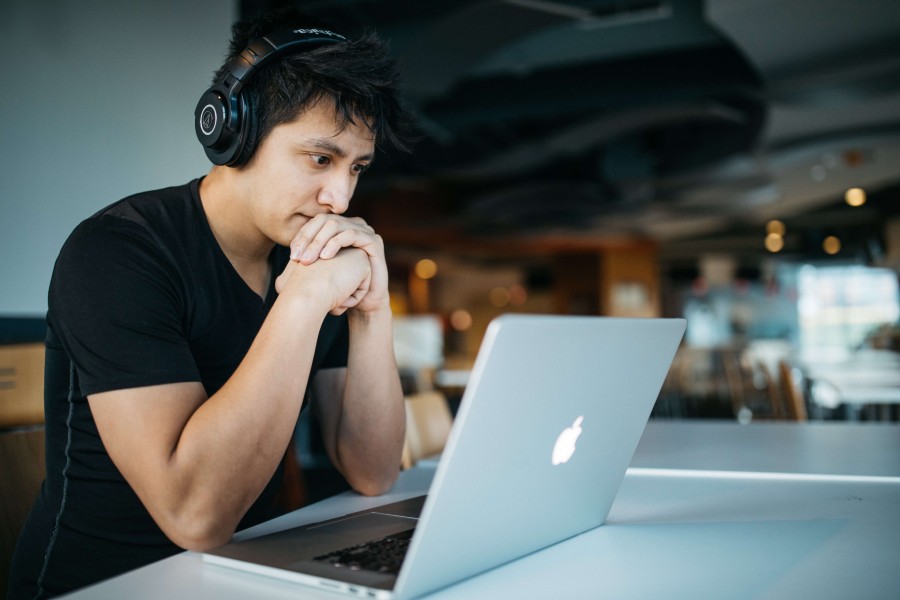 Among the many negative effects of COVID-19, deteriorating mental health of post-secondary students has been one of the most serious and widespread.

Mental health stressors are a major issue for post-secondary students in particular, though the pandemic has only exacerbated a growing crisis in Canada.

“Things were going downhill in mental health for students across North America before COVID,” says Paul Ritvo, a psychology professor at York University who has been studying the effects of mindfulness on student mental health. “What COVID has done is it has put health and health science in the top headlines, and we have become a more health-oriented society.”

New polling from Leger and the Association for Canadian Studies asked Canadian respondents to rate their mental health since the beginning of the COVID-19 crisis as excellent, very good, good, bad and very bad.

Respondents ages 18 to 34 rated their mental health the lowest, with 78 per cent giving one of the lower three ratings compared with 67 per cent in ages 35 to 54, and 55 per cent in ages 55 and above.

With students deeply affected by the pandemic, post-secondary institutions have finally been forced to consider changes that better reflect the mental health needs of their students.

The pandemic resulted in delayed graduation for students due to cancelled placements or increased financial barriers as many students lost their major sources of income.

For students still in school, online learning has been rocky. The often self-taught and content-heavy structure of courses doesn’t work for everyone, not to mention the added stress of faulty technology and cramped living spaces.

The pandemic has exposed a need for flexibility and has pushed institutions to consider major structural changes that incorporate mental health awareness and education directly into curriculum and teachings.

Many aspects of college and university life are exacerbating mental health issues.

“A key question is, should there be a reliable and strong association between going to university and having detriments to your health? Of course, the answer is no. Why should we put people through circumstances that degrade their health?” says Ritvo. “But we’re doing it all the time. The [post-secondary] system is more or less predicated on that.”

He points to the fact that many programs and post-secondary paths, such as medical school, are structured to put students through years of extreme stress with the purpose of getting them out into the workforce.

A 2016 study of the prevalence of depression and suicidal ideation among medical students worldwide, including those in Canada, found that the incidence of depression among this group was at 27 per cent, compared to around eight per cent in the general population.

Eleven per cent of students surveyed experienced suicidal ideation, and of the students experiencing depression, only 16 per cent saw a doctor about it.

The study also noted that “factors responsible for depression in medical students may also be operative in other undergraduate and professional schools,” and that “the school experience may be a causal factor” in the prevalence of these depressive symptoms.

Ritvo says the pressure to develop skills for a competitive workforce has become an added stressor for students in recent years, contributing to mental health problems that he says post-secondary-aged students are already more susceptible to.

A 2016 National College Health Assessment survey of post-secondary students in Ontario found that rates of depression, anxiety and suicidality all increased compared to 2013.

“Broadly speaking, most significant diagnoses arise between 18 and 25. So that difficult transitional time when you’re leaving a family of origin, going off on your own, trying to utilize your skills,” Ritvo says. “The bottom line is you’re entering some very critical maturational stages,”

“We also know that we’re in a period now where the economy’s fundamentally shut down, at least as far as new opportunities that students would be interested in and eligible for,” he says. “It was a difficult job climate even before COVID, and what’s unusual now is that the pathway for good jobs is more complex and more varying than it was before.”

A 2020 Statistics Canada survey of post-secondary students found that the pandemic delayed, cancelled or limited job opportunities for current and graduating students.

A 2020-2021 recruiting trends report by researchers at Michigan State University found that 43 per cent of organizations responded to COVID-19 by curtailing or suspending all recruitment of college-level candidates for job opportunities.

The report also found that while over 50 per cent of organizations expected to increase hiring across all degree levels over the past several years, this year that number dropped to only 37 per cent.

“There’s a lot of climactic stuff happening right now [because of COVID], which everybody is recognizing and having different interpretations of that,” he says. “And the question is, how do we actually run the university differently?”

Flexibility and compassion is key

Mandy Bergman, a professor at the school of liberal arts and sciences at George Brown College, made changes to her teaching structure at the start of the pandemic.

She was one of the original developers of online learning practices over 10 years ago, so the switch to virtual teaching was simple for her. But she knew students would struggle with the change.

Bergman says sitting through hours of online classes takes a different toll than class in person, and the lack of in-person interaction can be a difficult adjustment for students as well.

“I reduced the time of the class, although I give a lot of time to discussion. Students discuss in small groups, and then we come back together and sometimes we debrief it,” she explains. “All of this is designed to create community, and it allows students to get to know each other and to learn how to share their voice.”

In an effort to still be able to check for participation, many professors and instructors have been implementing weekly assignments, reflections on lectures and readings or other check-in requirements.

Bergman soon realized her new protocol was more than students could handle.

“This semester, they’re still doing reflections, but they’re only doing four for the semester. And they can do video reflections to make it easier, especially for students who struggle with writing,” she says.

Another key change is flexibility with assignment deadlines.

“I’ve always been very firm on deadlines, but I’m trying something new where I give them a window of a week to submit for an assignment,” she says.

Bergman also implemented a “Life Happens” ticket – an idea she got from a colleague, which a student can use once a semester to submit an assignment late.

Kathryn Mettler, a professor and program coordinator for the addictions and mental health post-graduate certificate program at Humber College, notes that flexibility has been key to the college’s pandemic response as well.

“What we’ve been looking to do is to just really be as compassionate and understanding as possible,” she says. “We know students are very overwhelmed; many are financially still trying to make ends meet, or they’re being asked to do more work because they are in some sort of essential service.

“Some students have children or may be caring for other family members who may be immunocompromised or unwell,” she adds.

Mettler says there is an awareness that, even post-pandemic, many students will still be dealing with these stressors.

“We have to have conversations about how we ensure that level of support continues.”

Changes at a structural level are the way forward, Ritvo says, which means making institutions health-oriented.

Part of that is measuring and monitoring certain physical health indicators of mental health decline, such as heart rate variability. He says the tools to measure these metrics are still in development.

“But once we have metrics that help us understand – unit by unit, day by day, year by year – whether people are getting healthier or less healthy, then we actually have good, solid science on which to base the solution,” he says.

The solution, he thinks, is major integration of resilience and mental health education into the academic curriculum.

“We have to weave together, even in grade schools and high schools, some degree of stress reduction and resilience. They go together with education,” he says.

Erin Latimer is a student at the University of Toronto who has been facilitating mindful moments, using both meditation and yoga, as part of a student life mental health initiative. While she thinks these programs can be helpful, they’re likely used by people who are already pursuing other mindfulness initiatives.

“Many people don’t engage in those behaviours, and so they think, ‘I’m struggling but it’s kind of my own fault,'” she says. “All of these things are really great; however, they alone are not enough.”

She sees both as a student and a facilitator that while people may know how to seek help in a mental health crisis, there’s less awareness around what to do when it comes to everyday mental health struggles.

“Yes, you’re managing, but is that what our bare minimum should be? That you’re doing okay and since you’re getting through life then you’re fine?” she says.

Ritvo sees this too, and says that it’s difficult for students to function as learners when they’re experiencing these everyday struggles.

“So when you are less stressed, when you are in a more regulated psychosocial condition, then you learn better and have a stronger creativity curve and you’re more resilient,” he says. “But we’re not aiming in that direction. [Mental health] is still considered peripheral to the main thrust of education, which is getting these competencies into people and getting them out into the workforce.”