Crack a beer, crack a case of labour rights violations

A lengthy strike in Toronto, a four-year battle for the right to unionize in Turkey and a CEO who won't say a word 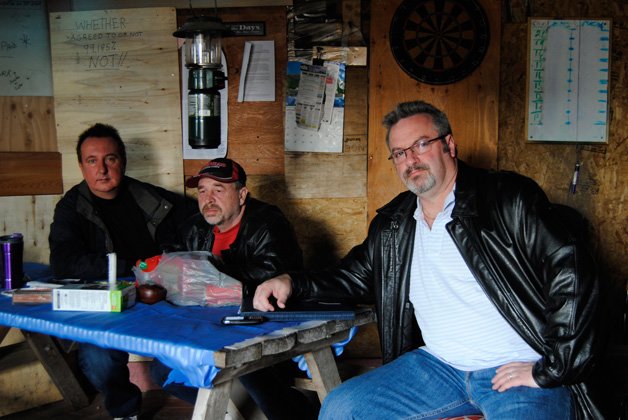 The next time you open a can of beer, remember that can was probably made by a “scab.” Crown Holdings is the primary producer of beer cans in southern Ontario, and their 120 employees have been on strike for eight months.

The U.S.based international company produces 5 million cans per day at the plant on Fenmar Drive, primarily for Molson and Labatt.

Crown wants a two-tier wage system that would permanently pay new hires $9 an hour or 42 per cent less than existing employees. That was the starting wage 28 years ago, according to many veteran employees. For context, 28 years ago a two-four of beer cost about $15.

As a result of Crown’s unmoving stance on the new hire system, United Steelworkers Local 9176 went on strike in September 2013.

Ken Hetherton is president of the local and has worked at Crown since 1985.

According to him, “the majority of the plant” is ready for retirement or at least approaching the 30-year mark, so if Crown implements a two-tier system, new hires are left in the lurch without knowledge transfer or secure older allies.

Under the current system, new hires start at 80 per cent of the full wage and work their way up over three years to the full $24 per hour.

Gillard is concerned because many employees are close to retiring, so if the company comes back with a buyout option, other employees could be subject to a bizarre section of Canadian labour law. By law, if the union reaches an agreement and only a fraction of the 120 employees go back to work, the rest “won’t receive unemployment.”

In response to NOW’s questions about this oddity in Employment Insurance eligibility, Jordan Sinclair of Human Resources and Skills Development Canada sent an email saying EI regulations define “end of work stoppage” as when, “in comparison to pre-strike levels, 85 per cent of a company’s workforce has returned to work and the level of production activity reaches 85 per cent.”

Of course, some employees will have started working at other jobs during the strike.

The only exceptions for employees to access EI if a company doesn’t rehire 85 per cent are “a discontinuance of business a permanent restructuring of activity an act of God a change in economic or market conditions or technologies,” the email says.

These are all amorphous conditions, and Sinclair offered no clarity on these points.

The timing couldn’t be worse as far as Local 9176 chief steward Wayne Harrison is concerned. In his 30 years with Crown Holdings, they’ve always renegotiated their contract in the summer, when the plant is operating at full capacity. This time the company came to them in September, when production had slowed down.

“I’m hoping when the weather gets better and there’s a demand for our product, they’re going to be willing to come back to the table,” he says.

Since NOW’s first meeting at the hut workers built in front of Crown, some workers attended a shareholders’ meeting in Philadelphia on April 24, where CEO John Conway – who got a pay bump of $12.14 million in 2012 – took the unpopular step of having shareholders write down their questions.

Joe Drexler, USW’s head of campaigns, says Conway refused to hear questions for the same reason that he deferred answering any: Conway didn’t want shareholders and the board to hear the union’s concerns. “There was a complete lack of transparency,” he says. “It was like sitting in [President Vladimir] Putin’s Russia.”

NOW contacted Conway’s office by telephone and email seeking comment, but no one from the company acknowledged these requests.

Crown Holdings doesn’t only operate in Canada. The company has 21,900 employees at 149 plants in 41 countries.

Four activists were fired from Crown BevCan in Turkey recently after a four-year fight for their labour rights.

“We started organizing in 2010,” says Eyüp Özer over the phone from Istanbul. Özer is international secretary of DÌSK/Birlesik Metal, which Crown workers there will soon join.

Two weeks ago, Turkey’s Supreme Court ruled that Crown’s workers had the majority they neededs to unionize, he says.

While this is a huge victory, the four fired labour rights activists will not likely see justice for years.

In the meantime, before the ruling, other labour rights violations have landed BevCan in court. In one instance, a manager allegedly physically threatened an employee.

The union reached out to Coca-Cola, Crown’s biggest client in Europe. And, then, irony of ironies, Coca-Cola asked for an independent audit at Crown BevCan in Turkey and, after reading the report, determined there were indeed “labour rights violations,” at which Özer chuckles because Coca-Cola is historically a massive labour rights violator across the globe.

On the bright side, Özer and his fellow unionists will be at the bargaining table within a month.

Here in Toronto, all the workers want is to get back to the table. Perhaps Crown employees should start praying for “an act of god.”