NOW MagazineNewsCraig Silverman, the man who exposed the fake-news racket in 2016

Craig Silverman, the man who exposed the fake-news racket in 2016

The Toronto journalist reshaped political discourse around the world. 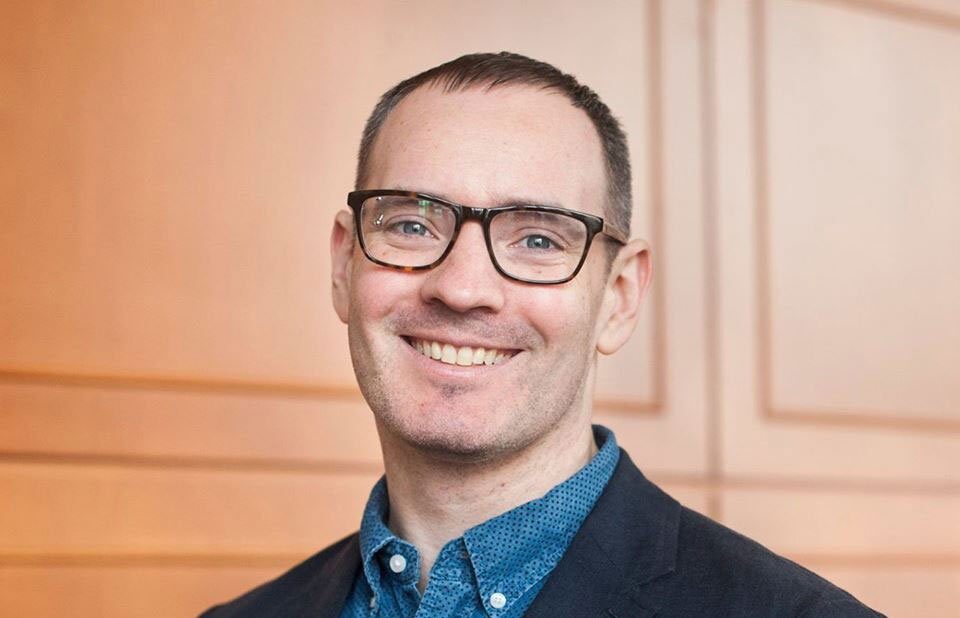 It’s generally irresponsible to attribute an election result to any one thing – but in a presidential race as close as the one the U.S. just had, any one thing could conceivably have made the difference.

In addition to especially alarming factors such as apparent Russian intervention and the resurgence of white nationalism, another theme has dominated the post-election narrative: the ascendant influence of fake news. All of a sudden, it has become difficult to consider American political dynamics without wading in to questions of epistemology – how do people know the things they know, and how do those beliefs shape not only their positions on issues but understandings of reality at large?

Unlike an election result, however, this shift in political discourse can be credited to a discrete cause: the work of Toronto-based BuzzFeed reporter Craig Silverman, whose investigations into the propagation and effects of accidental propaganda have rippled through the world’s most powerful institutions.

Late last month, for example, The New Yorker reported that U.S. President Barack Obama “talked almost obsessively” about Silverman’s pre-election story (co-authored with British researcher Lawrence Alexander) that exposed the fake-news racket centred in the small town of Veles, Macedonia, where teenagers discovered that tricking American Facebook users into clicking and sharing pro-Trump hoaxes could be a ridiculously profitable enterprise. Another of Silverman’s pieces, showing that fake election news had outperformed legitimate stories on Facebook, had such thorough penetration into the zeitgeist that Reuters reported even Pope Francis had characterized the spreading of fake news as a sin. (The Vatican’s English-language transcript of his remarks, translated from the original Spanish, however, leaves some doubt as to whether he was actually alluding to the same phenomenon.)

When BuzzFeed News named Silverman its media editor at the start of December – promoted from his former role as founding editor of BuzzFeed Canada – the site’s editor-in-chief, Ben Smith, told Fortune that fake news is the type of story that “Craig has been kind of preparing for for some time – maybe his whole life.”

In an interview with NOW, Silverman agrees.

“Twelve years ago, I started a blog about media accuracy and corrections, and there is a line that goes from that to what I’m doing today,” he says. “But it’s not one I could have ever foreseen or predicted.”

Silverman was a Montreal freelance journalist looking to raise his profile in the industry when, in 2004, he founded Regret the Error as an entertaining roundup of the best and worst correction notices from publications around the world.

“But what happened,” he says, “is by doing that work basically every day, over time I built up some knowledge and expertise, and started to realize that I kind of knew more about the area than a lot of other people – in part because people didn’t care about it as much.”

Gradually, Silverman’s blog expanded from a collection of corrections to a serious examination of the journalistic principles of accuracy and verification. In 2007, he spun it off into a book, Regret The Error: How Media Mistakes Pollute The Press And Imperil Free Speech. In 2011, he migrated the project to the Poynter Institute – the premier American centre for media education and research, based in St. Petersburg, Florida – and became an adjunct member of its faculty.

Around the same time, his fascination shifted from the mechanics of false information to its online distribution, through what he terms “the rising ecosystem of fake news and propaganda and misinformation.” Though social media was typically implicated, Silverman also wanted to scrutinize the role of mainstream media in “propagating stuff that’s really suspect or completely untrue, and how we’re unfortunately a part of that ecosystem, too.”

In late 2014, he explored those issues through a fellowship at Columbia University’s Tow Center for Digital Journalism, ultimately producing a research paper – Lies, Damn Lies And Viral Content: How News Websites Spread (And Debunk) Online Rumors, Unverified Claims And Misinformation – as well as a website, Emergent.info. The site was a rumour tracker that not only aimed to debunk misinformation but to analyze its spread in real time.

“That work really positioned to me to really do what I’m doing right now,” Silverman says. “Because every single day I was waking up and looking for false stuff that was spreading, and figuring out where it came from and why it was spreading, and I did research into the psychological underpinnings of rumours and other elements of this.”

BuzzFeed’s Smith initially got in touch with Silverman to discuss a potential partnership with Emergent, but when the company decided to expand into Canada, he was tapped as the first head of its Toronto office instead. Only this past June, as the issue quietly bubbled up during the presidential campaign, did Smith ask Silverman to direct his focus back to fake news.

“There was no way either of us could have predicted that this whole concept of fake news” – which he defines as 100-per-cent-false stories predominantly published by sites that exclusively traffic in hoaxes to generate clicks – “would suddenly be one of the big stories coming out of the election.”

In response to Silverman’s reporting, Google choked off financial incentives for fake news sites by booting them from its ad network. And Facebook developed a new protocol for flagging false stories to muffle their proliferation.

But while Silverman is proud to have dragged the discussion so far into mainstream discourse that tech giants had no choice but to address it, he’s also wary of how the concept of “fake news” has been and will be exploited.

“I fully expect authoritarian regimes to crack down on media in their country and say, ‘Well, we were getting rid of fake news.’ And I fully expect people who are loyal to one particular political side to try and get people on the other side labeled as ‘fake news,'” he says. “So what’s happening is, because of the huge amount of tension, people are trying to use and manipulate kind of the fake-news discussion, and in some ways [the] panic, to further their own ends.”

A few days after NOW’s interview with Silverman, Russia’s embassy in Canada dismissed the reports of atrocities in Aleppo with a tweet:

Silverman first got a hint of the potential for abuse when he published his piece about the top-performing fake news sites and found there were “people misreading or willfully misrepresenting it to say that, ‘Oh, fake news won Donald Trump the election.’

For Silverman, the longer-term solution is for schools to teach critical thinking from junior high on up, to help people navigate a new environment in which we’re “consuming information in ways that we’re still not really used to as humans.”

A month after the election, the Macedonian teens story was still on the president’s mind, when he and the First Lady made a point of raising it in a brief conversation with Smith at a December 7 holiday party at the White House.

He hopes that Obama – “who has personal experience with the effect of misinformation, given the spread of birtherism” – continues to follow the issue once he leaves office, because he could be “very powerful in getting people to pay a little more attention, in getting organizations to think about integrating these critical-thinking skills.

“So I’m really glad he discusses the story. I hope it’s gonna spur some kind of action on his part.”