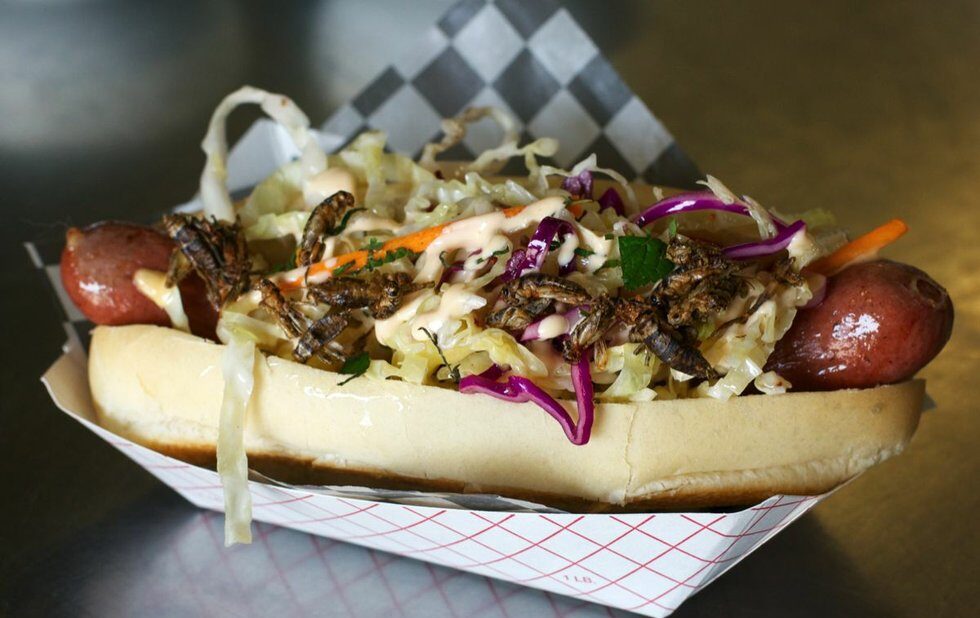 What pairs well with crickets and mealworms?

Beef, as it turns out. Citrus. And a whole lot of hot sauce.

Edible bugs, lauded by many as the future of sustainable eating, are making their debut at this year’s Canadian National Exhibition fair (Aug. 19 to Sept. 5, theex.com). But instead of getting deep-fried or plonked in chocolate – like every other non-six-legged foodstuff available within a mile of the midway – they’ll be arriving in major style.

That’s thanks to Bug Bistro, a brand-new food outfit headed up by chef Mark Jachecki and affiliated with Entomo Farms, a Peterborough-based producer of organic edible bugs. Tasked with coming up with a menu that would entice carnival visitors to chow down on the creepy-crawlies, Jachecki avoided leaning on the obvious gross-out factor.

His recipes focus on the bugs’ natural nuttiness and crunch, working them seamlessly into classed-up carnival fare. Chef enlisted the Tabasco brand to contribute contrasting heat.

“There’s a big cultural barrier there,” says Adam Cohen, Jachecki’s partner in the venture, after blending me up a mango-lassi-style shake spiked with mealworm protein. “But if you can find a way to put it in fun, carnival-eats-type food, it helps push it forward without seeming too grandiose.” 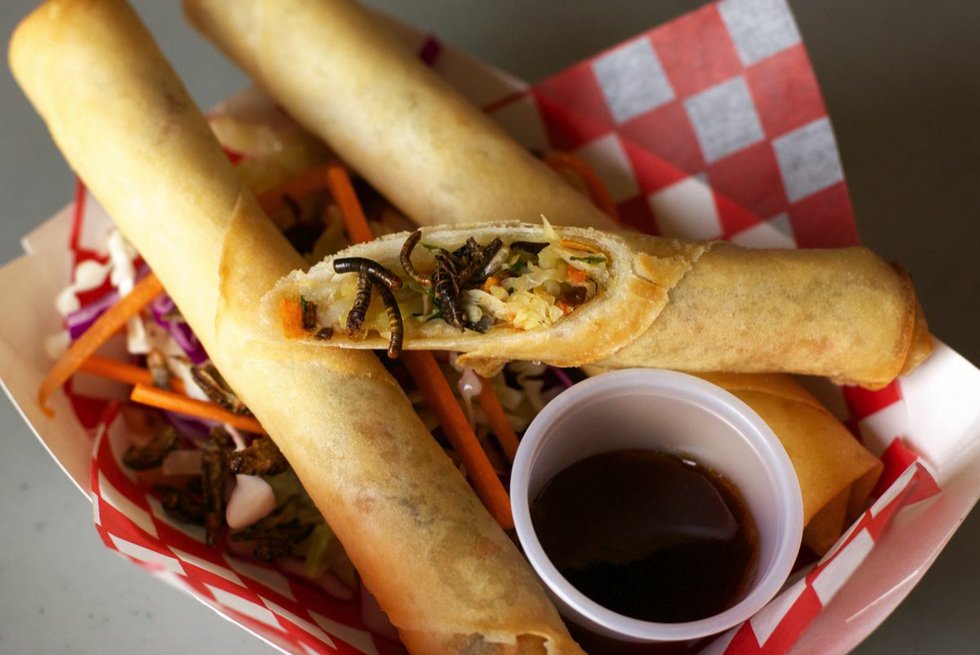 ‘Critter fritter’ spring rolls come stuffed with mealworm-laced veggies, with a spicy-sweet sauce on the side.

And so, visitors swarming the CNE Food Building can nosh on seared chipotle-beef tacos topped with chili-lime crickets, or “crispy critter rolls” packed with sautéed veggies and a spicy-sweet dipping sauce, which are absolutely top-notch once you get over the insides of the spring roll staring back at you.

My personal favourite is a custom-made all-beef frank – actually a mostly-beef frank. “Ten to 15 per cent of the protein in our hot dog is cricket,” he says. “You really get the nuttiness there. But that might not be what you want in a hot dog – so on the tail end we’ve got the Tabasco original sauce in there, so it balances it out really nicely.”

The texture and flavour are perfect, with lime-drenched cabbage slaw adding a brightening note. A sweet Tabasco glaze stands in for ketchup. Want mustard? How about some honey-mustard-roasted crickets instead? 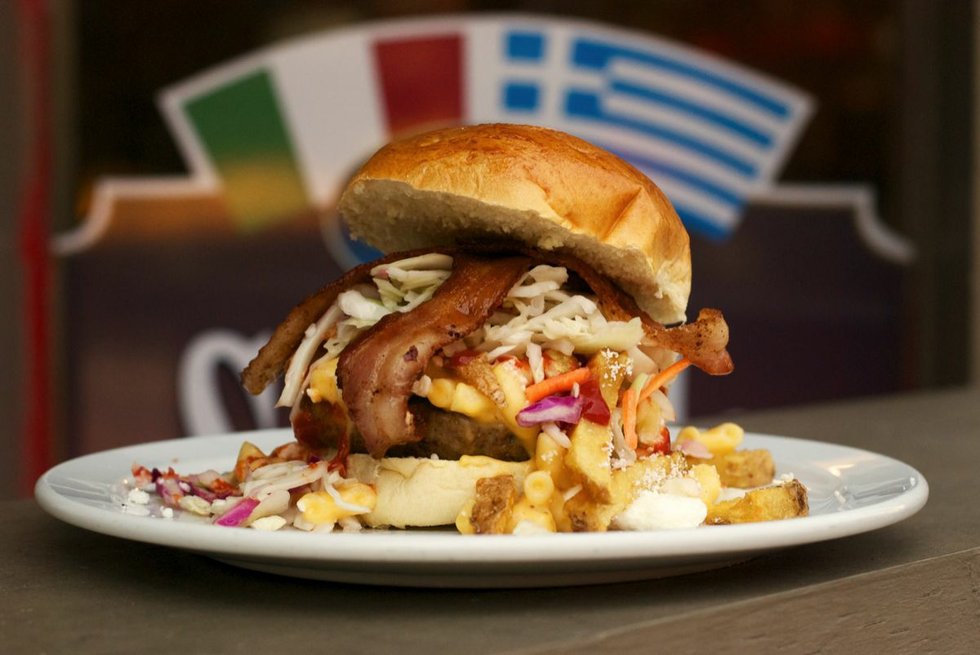 How do you get your dish to stand out among the hundreds of increasingly wacky options at the CNE? A spicy marketing gimmick doesn’t hurt.

Corrado’s proprietor Charlie Pecorella has that down: the sign over his Greco-Italian takeout spot on John proudly reads, “We Got Balls!” The balls are big, oozing Sicilian arancini – and they won him the CNE’s best food concession prize in 2013.

Last year, he unveiled the S&M Burger – standing, of course, for “spaghetti and meatballs” – which featured a meatball-style patty, pan-fried spaghetti, spicy havarti and hot peppers (order “extra kinky” if you want more).

For 2016, Pecorella’s upping the ante with a new item.

So what’s it like experiencing this sloppy pile-on? If you’re like me and can never decide what side to get – fries, slaw or mac? – this might just be your perfect burger. That meatball patty, with its Italian spicing and Nonna-perfect breadcrumb-egg softness, holds everything together nicely. I say that, of course, metaphorically.

“We’re going to give people a fork,” Pecorella promises. “It’s gonna be worth the mess you make on your shirt.”

The S&M will also be making a return appearance, and Corrado’s looking forward to seeing which of the two burgers comes out on top. 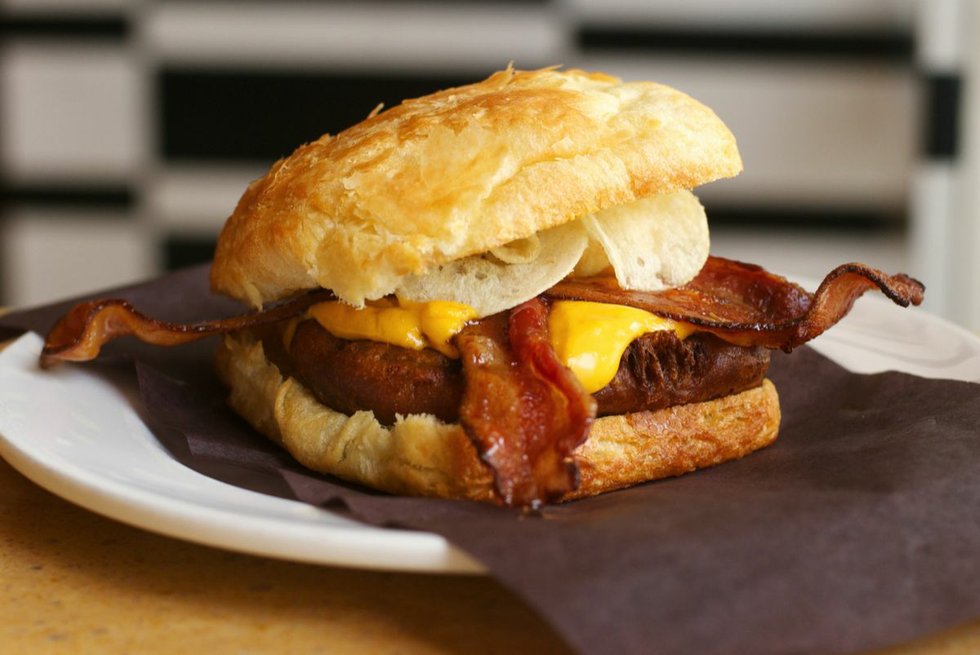 This year’s calorie-bomb entree at the Fran’s CNE booth: a deep-fried meatloaf sandwich topped with bacon and chips.

When the CNE rolls around, Fran’s classic diner pancakes and slices of apple pie become part of one big mad science experiment.

“We just get back there and throw stuff together,” shrugs Richard Kim, one of the owners of the family-run chain when asked about their brainstorming process.

That’s led to such artery-sealing delights as deep-fried rice pudding – a Fran’s classic – and milkshakes blended with slices of pie. Their CNE signature is the “Thanksgiving waffle” made of stuffing and sandwiched with roasted turkey, mashed potatoes, cranberry sauce and gravy.

But if that sounds too autumnal for the CNE, don’t fret. Their latest round of sweet-savoury hybrids, the apple pie sandwich and the “croissundae,” load up big time on carnival flavours. The former stacks Fran’s house apple pie filling, melting vanilla ice cream and icing sugar on a flaky bun the latter is pretty much what it sounds like, with strawberry and chocolate sauces (plus a slice of maple-glazed bacon) topping more ice cream on a halved croissant.

Want something a little more substantial? The Meatlofer is the offspring of the unholy union of two legacy Fran’s recipes. First, they take a slice of the brown stuff, then dunk it in their house pancake batter. Once deep-fried, that slice is piled on a crusty bun with more maple bacon, salt and vinegar chips, and some cheese sauce. It’s got that bland-salty-processed flavour that all great junk food has and, despite your internal protestations, you will probably eat the whole thing.

The pie shakes, of course, are back with a vengeance. They come crowned with their own mini-pie slices, plus cotton candy, Smarties and sprinkles, all grouted on with an extra-dense whipped cream Fran’s makes in-house. You know, in case you’d rather drink your calories. 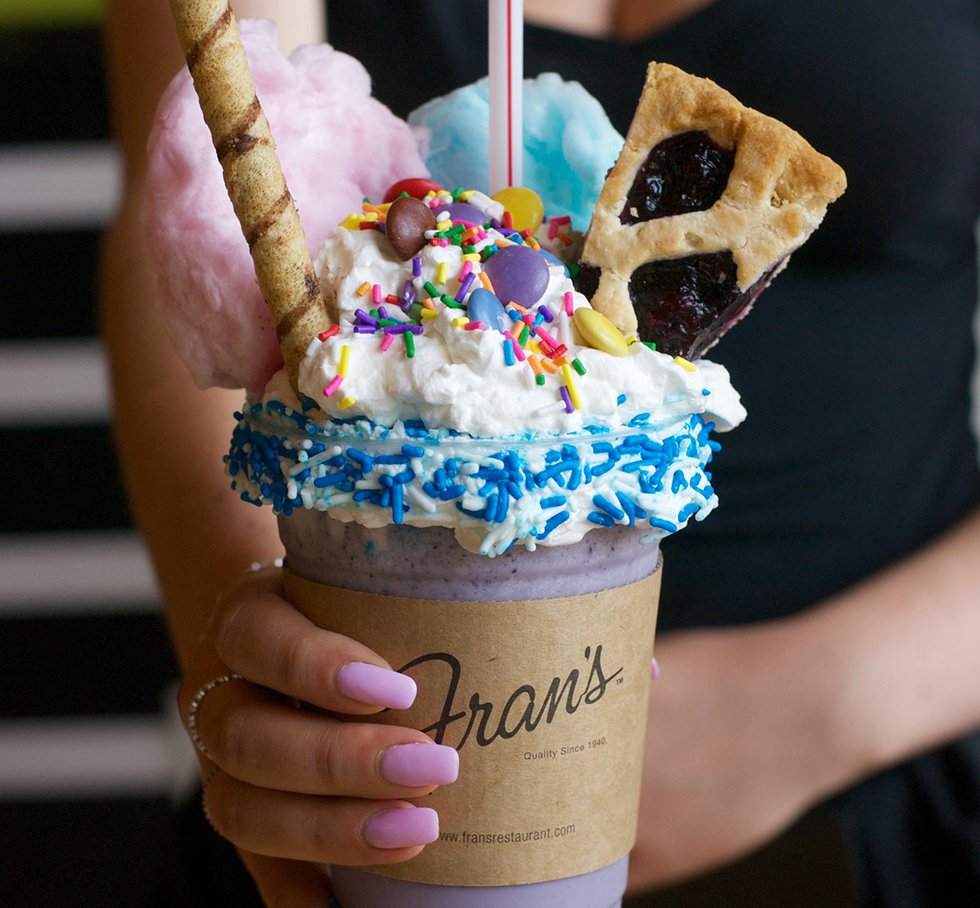 This year, Fran’s pie shakes, a CNE staple, are bigger and more elaborately garnished than ever.