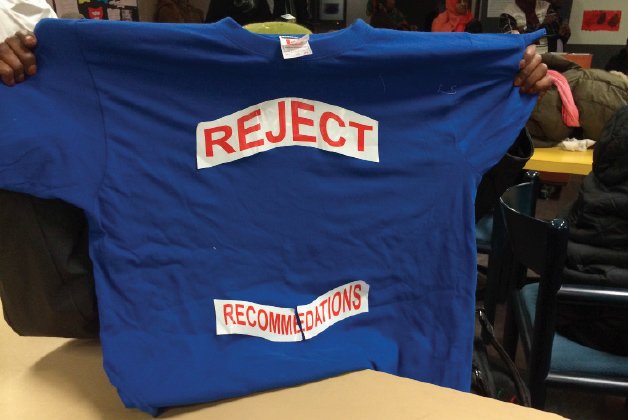 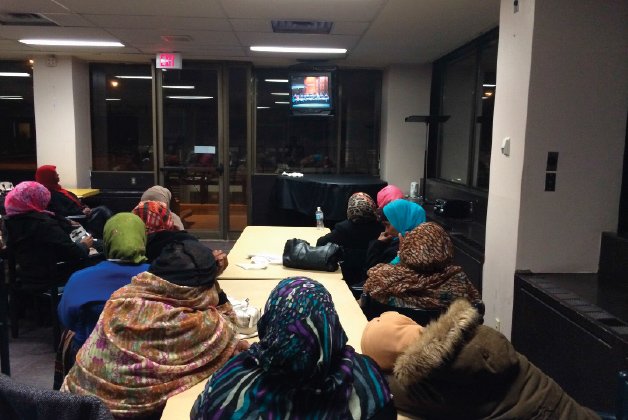 Outrage over a recent Toronto District School Board report on dropout rates among students of Somali descent, which was approved at the board’s March 5 meeting, suggests a troubling lack of good faith between the country’s largest school board and many Somali parents.

Parents erupted at the meeting, saying the TDSB task force report, Success Of Students Of Somali Descent, is peppered with misinformation and racial bias that unfairly stigmatize their children.

The report is about the findings of a TDSB study that details stark differences between Somali-Canadian students and their peers, including a dropout rate of 25 per cent compared to 14 per cent for all TDSB students.

At the meeting, attendees decried the task force as illegal, discriminatory and a form of segregation.

“They are just separating us, and this is why we’re so angry,” said Anisa Osman, who was born in Somalia. “We want our kids to have the same rights as Canadian people have.”

Ahmed Hussen, president of the Canadian Somali Congress and a vocal critic of the task force set up by the TDSB, said the parents he represents feel they were not consulted, even though the group set up in 2012 engaged more than 400 parents, students and other residents of Somali descent.

The TDSB study, conducted from 2006 to 2011, found that “74 per cent of Somali-speaking students compared to 49 per cent of TDSB students overall fell within one or more of the following categories: special education suspended during their school career below provincial standard achievement on Grade 6 [standardized test] results.”

When asked during the task force’s consultations to describe their children’s school and staff, members of the Somali community reported feeling unwelcome. “School staff see them as uneducated people,” according to the report.

Another concern raised during consultations is that “schools lack cultural sensitivity and understanding of issues within the Somali community. A lot of teachers do not know much about Somalia except for the images they see in the media, i.e., pirates, terrorism, gangs and civil war.”

Opposition to the report among some parents is fuelled by a deep distrust of the TDSB. Hussen’s criticism, for example, focuses more on the TDSB than on the task force’s specific recommendations, which include increased investment in intervention programs and job placement opportunities.

“Even though members of our community are on the task force, the agenda, guidelines and deadlines are all set up by TDSB,” Hussen argued.

Many parents at the meeting expressed similar skepticism.

Sawed Mohamud, for instance, said the task force “is intended to discriminate against our children… to make them feel inferior.” When asked who it is who wants to make the children feel inferior, he answered, “The TDSB.”

Somali community opposition at the meeting was loud and well organized. Many people held signs and wore T-shirts reading “No task force” or “Reject recommendations”.

Things boiled over when the report was received by the board without debate and trustees quickly went in-camera to deal with a separate, confidential agenda item.

Angry attendees watching the meeting on television in an overflow room, streamed into the main meeting shouting, “No task force!” and “Shame on you!”

Many parents and community members doubt the validity of the stats in the report but agree with the task force’s recommendations: to provide students with better after-school and homework programs to examine why so many Somali students are being placed in special education to communicate with parents in their native language when necessary to recruit mentors from within the Somali community.

“The board needs to figure out why our kids are dropping out and being suspended,” said Aisha Mohamed, a mother of three who read about the task force in a local newspaper. “They should be asking themselves, ‘Why is the Somali community so misunderstood?'”

Maria Rodrigues (Ward 9, Davenport), the child of Portuguese immigrants to Canada, worked on a similar task force about struggling Portuguese students in 2011. Rodrigues said Portuguese students are making use of new tutoring and history initiatives born of that effort. The TDSB also convenes a monthly Aboriginal Community Advisory Committee.

Haweiya Egeh served with 21 other Somali Canadians on the volunteer task force.

She got involved after Ahmed Hassan, a young man of Somali descent, was shot and killed at the Eaton Centre in 2012. His death, and concerns about the challenges facing other young Somali Canadians, spurred her to act.

“We wanted to help, and we believe that education is important in our community,” she told me.

Egeh said the task force sought to highlight how many people of Somali origin are thriving here, and pointed to the report’s recommendation of mentoring by successful Somali Canadians. “It makes a huge impact when you see someone who looks like you doing something positive.”

As for the rancorous debate, trustee Chris Glover (Ward 2, Etobicoke Centre) expressed dismay while praising the work of the task force. “The goals of both sides are exactly the same.”