Cue curtains. Efforts by the Urban Alliance on Race Relations, backed by a coalition of multicultural groups, to bring Rogers. 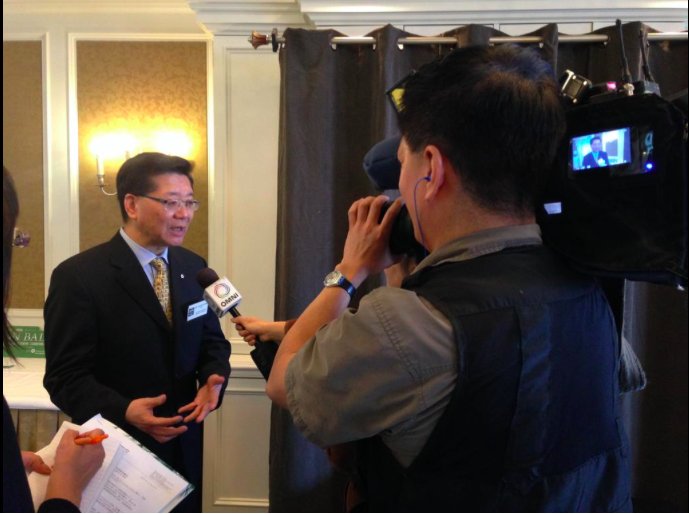 Cue curtains. Efforts by the Urban Alliance on Race Relations, backed by a coalition of multicultural groups, to bring Rogers Media Inc. to heel over its decision last May to cancel third-language newscasts at its OMNI stations, may be headed for the courts after the Canadian Radio-television and Telecommunications Commission (CRTC) denied an application to hold public hearings into Rogers’ decision last week.

The groups argued that the Ethnic Broadcasting Policy under Canadas Broadcasting Act “requires a basic level of third language programming for various ethnic groups to support their full participation in Canadian society.”

But the regulator found that “the cancellation by Rogers Media Inc. (Rogers) of local third-language newscasts… does not constitute a breach of its conditions of license.”

On that front, Rogers has played by the rules, according to the CRTC’s decision, by replacing it news programming with what it describes as “current affairs” programming, glitzy prime-time shows such as Fox’s 24, for example, repackaged for Indian audiences.

“Rogers decision to cancel its news programming and to replace it with current affairs programming was permissible given that each genre of programming may constitute local programming (if produced properly),” says the CRTC’s decision.

Rogers started slashing OMNI and CityNews broadcasts in 2013, despite a licence from CRTC to broadcast news for ethnic communities. But ethnic television programming under the cable operator had been dying a slow death before that with staffing levels at OMNI stations in decline for the better part of the last decade.

Ethnic media have always struggled to bring in ad dollars. Producing third-language TV is essentially a labour of love. But for those who rely on it, it serves the larger purpose of connecting ethnic Canadians, especially newcomers, to their adopted home, says Avvy Go, director at Metro Toronto Chinese and Southeast Asian Legal Clinic, one of the backers of the UARR application.

She suggests the CRTC “doesn’t have the courage” to take on powerful media interests like Rogers when it comes to their bottom line.

Not satisfied with the argument that ethnic news programming is a money loser Rogers claimed net profits in excess of $400 million last year Go suggests it’s Rogers’ business model that may be having a discriminatory effect on its programming.

“If their interests are focused on hockey and other areas, it won’t ever make business sense to support third-language news,” says Go.

But critics have panned the new format as lacking in much-needed, locally-produced content.

At the core of the OMNI issue is interpretation of the CRTC’s Ethnic Broadcasting Policy, whose stated goal “is to ensure access to ethnic programming to the extent practicable given resource limitations.”

UARR president Nigel Barriffe says the CRTC denied concerned groups an opportunity for a public hearing to have their views entered into the public record some 1,700 OMNI viewers and multicultural groups supported the group’s application because, “They [the CRTC] didn’t want to be embarrassed.”

He says the coalition is looking at a range of options Barriffe says legal action cannot be ruled out in a bid to fight the CRTC’s most recent decision, including the support of MPs serving constituencies with high ethno-racial make-up. There are also hopes of finding understanding ears in newly-elected Canadian Heritage Minister Melanie Joly.

As for the ambiguities related to ethnic broadcast licensing, the CRTC has announced it’s undertaking a review of its Ethnic Broadcast Policy later this year to determine whether or not it’s achieving what it was intended to.