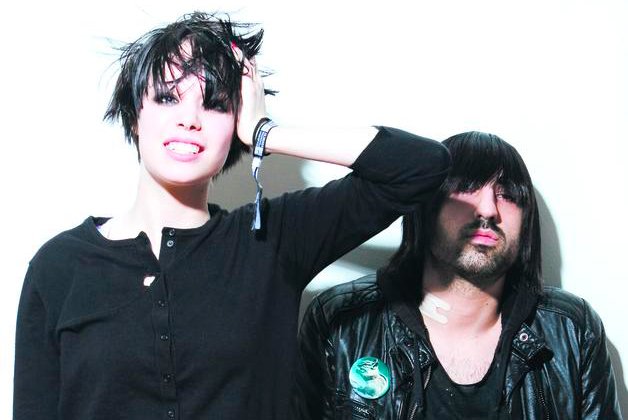 Toronto electro-punks Crystal Castles appeared to implode two years ago when singer Alice Glass left and subsequently characterized her time in the duo as desperate and miserable. Producer Ethan Kath didn’t seem overly fussed, however, retorting that she had nothing to do with their biggest hits anyway. Additional barbs were traded.

If Kath was solely responsible for those hits, he certainly isn’t backing up his claim on the fourth Crystal Castles record, with its frenzy of filler. Glass is now out of the picture, so he’s rebooted with American singer Edith Frances on the human-rights-themed Amnesty (I).

Whereas Glass was a ferocious performer whose angsty rage could rival Kath’s industrial abrasiveness, Frances is a cooler presence who often fades into the mix. Her voice sounds porous, effete and chopped-up on the opening two tracks, but she comes to the fore on the icy Char, which provides the first proper taste of her talent.

Sadist and Chloroform similarly show her as a graceful, delicate singer and an eerie melodic foil for Kath’s searing bursts of noise. The problem is that when he ignites the blowtorch on Enth and Frail, Frances all but vanishes. She screams and wails, but loud riffage effectively renders her another instrument in the arsenal.

In all, Amnesty (I) feels overwhelmingly status quo by CC standards. As electronic music trends come and go, Kath still has a singular sound that cribs just enough from various genres without overindulging. And at 11 tracks, it’s tight like a pop album should be. Unfortunately, none of the songs leap out as highlights in the catalogue. The central dichotomous tension is blandly predictable (loud-quiet-loud-quiet), the songwriting occasionally sharp, but its political themes – like its vocalist – are lost in the fury.

Crystal Castles play the Hoxton on October 12 and 14.