This story is sponsored by THEMUSEUM 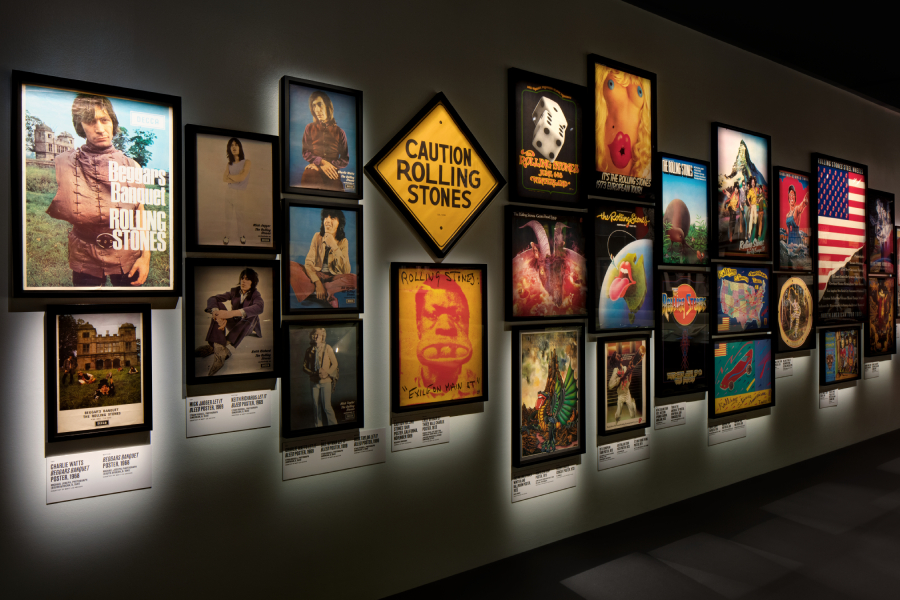 The Rolling Stones have kept rock music alive for more than 60 years. The five original members of The Rolling Stones: Mick Jagger, Keith Richards, Brian Jones, Bill Wyman and Charlie Watts have attained an unparalleled level of global popularity. After numerous tours and album releases, the band’s lineup experienced some changes. Legendary musician Ronnie Woods joined the Stones in 1976 and is still in the band.

Six decades later, rock ‘n’ roll enthusiasts are still hungry for their classic hits such as Satisfaction, Start Me Up and Paint It Black.

While the members of the longest-serving rock band in history have changed throughout the years, their music remains rooted in rock with a touch of blues. Other genres like country, folk, dance and reggae have heavily influenced some of the band’s greatest albums.

If you consider yourself a die-hard Rolling Stones fan, or even a purveyor of pop culture, THEMUSEUM in Kitchener’s latest exhibit should pique your interest.

﻿UNZIPPED is the first international exhibition devoted entirely to The Rolling Stones. The interactive display celebrates The Stones’ artistic collaborations in music, art and design, fashion and film. It also features original works from an array of artists. UNZIPPED was created by the band and its management, ensuring everything on display is authentic.

The rock ‘n’ roll exhibition’s only Canadian stop will be in Kitchener at THEMUSEUM, opening November 30 and running until February 27, 2022.

“It’s really incredible that we’ve secured the one-of-a-kind exhibition over the larger cities in Canada,” says David Marskell, CEO of THEMUSEUM. “I also happen to be a huge Rolling Stones fan so it’s incredibly exciting that we can bring UNZIPPED to this deserving community.”

Prior to the pandemic, THEMUSEUM shifted from being children’s museum to a venue that hosts rotating exhibitions, appealing to the general public, regardless of age. Unlike most traditional museums, THEMUSEUM promises no dusty objects, collections or velvet ropes. Instead, it’s dedicated to presenting inspired content from around the world in unique, immersive ways. In the past, THEMUSEUM has hosted exhibitions on Andy Warhol, Jane Goodall, the Titanic and Yoko Ono, to name a few.

“UNZIPPED starts off somewhat chronologically with the history of the band,” says Marskell. “It has a recreation of where the band members lived as young kids in Edith Grove, London. Visitors will also find a collection of their guitars, where people can listen to their favourite riffs and songs. There’s also a collection of the costumes they’ve worn on stage. Visitors will catch a glimpse into their influence on film, fashion, pop culture and, of course, on the music scene. It’s a massive show in terms of size and quality.”

Visitors will be awestruck by the exhibition’s climax, which is a mind-blowing three-dimensional experience delivered in multi-dimensional Dolby Atmos Sound and facilitated by the Professional Monitor Company (PMC).

“The grand finale of the exhibit is a segment from the band’s show in Havana, Cuba, which I think I’m most looking forward to,” says Marskell. “I had the chance to visit Havana and I missed the opportunity so I’m really excited to see what the Stones did there.”

Once you’ve finished admiring all of The Rolling Stones’ memorabilia, you’ll have worked up a serious appetite. After wandering through the museum, stop by its Voodoo Lounge for an ice-cold beverage and a snack.

For those who aren’t familiar with The Rolling Stones, the show also encompasses the group’s broader impact and formative influences.

“Not only does UNZIPPED go 60 years into history but it also dives into pop culture, film, fashion and their musical influences,” he says. “The Stones are a pretty extraordinary band that has a broad appeal in terms of demographic. From boomers to people in their 20s and teens, everyone appreciates their music.”

THEMUSEUM will soon be hosting festival-inspired exhibitions like the Ronnie Wood Art Exhibition in Uptown Waterloo, opening on November 4. Along with Frock On!, an exhibition that dives into the history of fashion and rock music, hosted at the Fashion History Museum in Cambridge.

Because of the pandemic, the venue is operating at a reduced capacity to ensure the health and safety of others. Timed-tickets must be purchased in advance and visitors are given a two hour window of time to explore the exhibition.

For more information on the exhibition, visit unzippedkw.ca.