In photos: Artists from across Canada donate works to support Ukraine 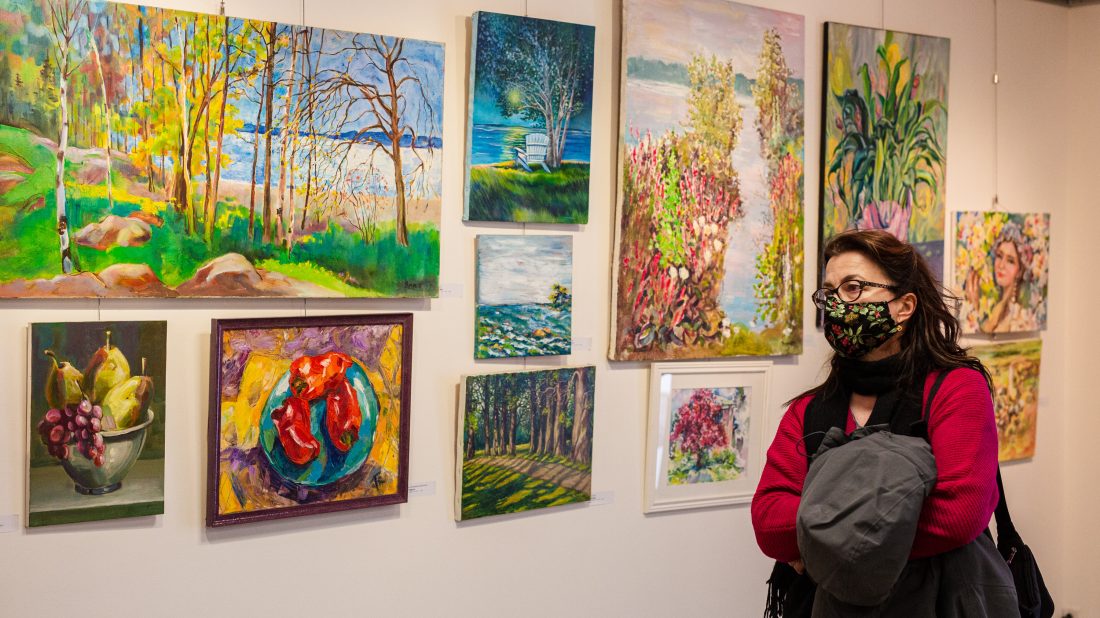 When sculptor Oleh Lesiuk asked artists to donate their work to a charity fundraiser supporting the fight against the Russian invasion in Ukraine, the response was far greater than he ever expected. Artists from all across Canada reached out and donated their work to be auctioned off by the Ukrainian Canadian Art Foundation at Etobicoke’s KUMF Gallery.

The art drive is the latest show of support for Ukraine following demonstrations of solidarity in downtown Toronto against the Russian invasion as well as a concert at the Opera House called With Ukraine. The proceeds from the latter went to Help Us Help, a charity focused on humanitarian aid and educational projects in Ukraine and in Canada, with money directed towards medical aid, food supplies and protective gear.

“It’s very, very touching that people open [their] hearts and they want to help,” says Lesiuk, who is the president of the Ukrainian Association of Visual Artists of Canada and vice president of the KUMF gallery.

Sculptor Oleh Lesiuk poses next to one of his pieces.

In total, over 100 pieces of original art have been donated to the fundraiser. “People from Vancouver to Halifax responded with their generous offers to donate some art,” Lesiuk says. “Some people wanted to donate their entire collections.”

In addition to the art fundraiser, the gallery has been collecting medical supplies to send to frontline soldiers. Their goal is to send 1,000 individual medical kits to the Ukrainian army.

The fundraiser runs until April 3 and all works can be viewed and purchased at the KUMF Gallery online.