A massive arts complex is now open on Toronto’s waterfront 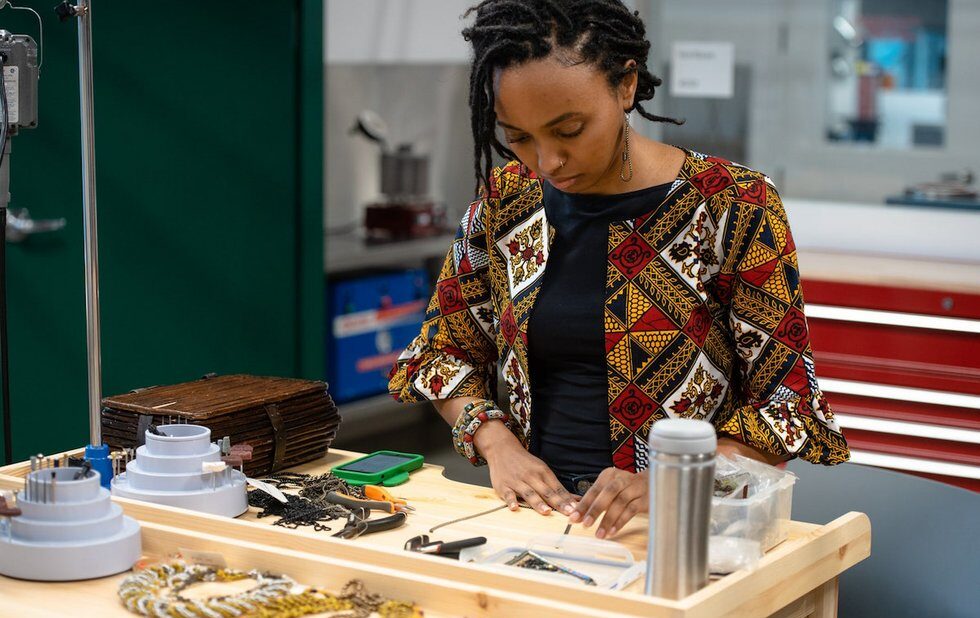 That’s the loose idea behind Artscape Daniels Launchpad, a new 30,000-square-foot arts and creative entrepreneurship hub that opened to members on November 1.

Located on the site of the old Guvernment nightclub at the corner of Queens Quay East and Jarvis, the space is housed on the fourth floor of  the $30-million Daniels Waterfront – City of the Arts. The building’s tenants also include George Brown College’s Design School, OCAD University’s entrepreneurship hub Imagination Catalyst, The Remix Project, music festival Manifesto, the global headquarters of pop star The Weeknd’s creative incubator Hxouse, an architecture firm, an animation studio and an accountancy.

Launchpad provides designers and artists working across disciplines such as furniture and jewellery design, software and electronics and film and music, with hard-to-access equipment and studio space.

There’s an events and performance space, board room, woodworking and printmaking shops, a fashion studio, a digital fabrication studio, an electronics studio, a computer lab and a bright common area with a kitchen and outdoor terrace. (The digital media lab is still under construction and opens in December.)

Tim Jones, CEO of non-profit Artscape, says the not-for-profit looked to the “casual feel” of places that encourage networking among business-minded creative types, such as international members-only club chain Soho House, the Centre for Social Innovation and U.S.-based DIY chain TechShop, for inspiration.

So far, Launchpad has signed up 500 members and is hoping to double that within a year. Members are a mix of people just starting out, mid-career and senior artists. A partnership with Hxouse, cofounded by La Mar Taylor, creative director of The Weeknd’s XO brand, is aimed at bringing in a young demo.

Taylor and his Hxouse partner Ahmed Ismail are hosting Launchpad’s first big event on November 5 and 6. The creative entrepreneurship incubator’s launch will feature panel discussions with American and local music producers and musicians, including Swizz Beatz, Wondagurl, Boi-1DA, Halsey and Mustafa The Poet. There’s also a concert featuring The Weeknd at Rebel on November 6.

Hxouse’s inaugural program – focused on design – received more than 1,000 applications. From that pool, 140 were selected to participate in a one-day program and then shrunk to 50 who will do a one-week program. Ultimately, 15 will be accepted into the six-month program. That cycle will repeat three times a year with future programs focused on photography, music, fashion, film and marketing.

Artscape is known for providing studio space and artist residencies, but Launchpad is more business-minded in its goal to connect upstart artists and designers with trade and service organizations and startups.

“Where do you go for venture capital? Or a fashion incubator?” says Jones. “Most people have no idea how to plug into those opportunities.”