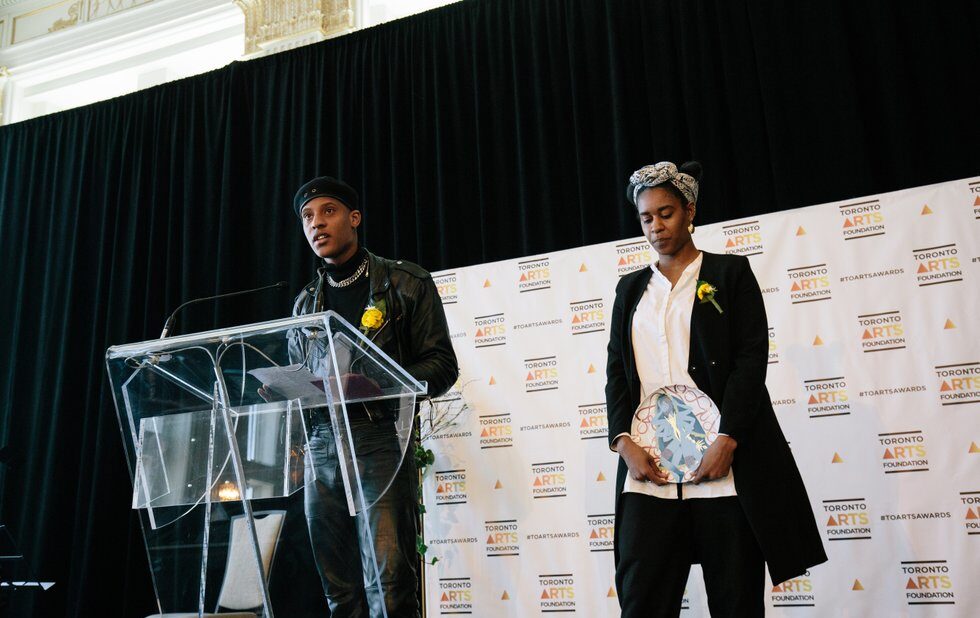 The art collective Blank Canvas took home the largest cash prize from the Toronto Arts Foundation Awards. Prizes were handed out at the Mayor’s Annual Arts Lunch on Wednesday, May 8, presenting the $20,000 Arts for Youth Award to Blank Canvas for driving culture forward and creating a platform for marginalized artists.

Since its 2016 launch, Blank Canvas showcases work like When Black Boys Cry by Toronto-based painter James Michael Yeboah, and hosts a monthly Dead Poets event where artwork decorates the walls while musicians and poets jump out on the mic.

“Our community is so, so resilient,” said CEO John Samuels in an acceptance speech that referenced some of the obstacles the collective had overcome. “They stood by us when we opened our first brick and mortar space. And they were right at the door when our locks were changed multiple times. They cheered triumphantly when we overcame police brutality.”

Lately, Samuels has been seeing his music career lifting off. Going by the moniker Just John, the rapper just released his latest EP with Dom Dias, Don III. Not that the music will be pulling him away from Blank Canvas. Samuels stated that the Toronto Arts Foundation recognition and awards money will help find more ways to engage youth in arts and take Blank Canvas to the next level.

“Rooms like these are the catalysts that help change the cultural landscape in our city.”

The event also saw multi-disciplinary artist Joshua Vettivelu take home the Emerging Artist Award. Although Vettivelu is a Toronto-based artist, his latest work, Surface Tension, is actually on display in St. John’s. The sand sculpture resembling a fishing boat commemorates the vessel that carried Tamil refugees to the shores of Newfoundland in 1986. 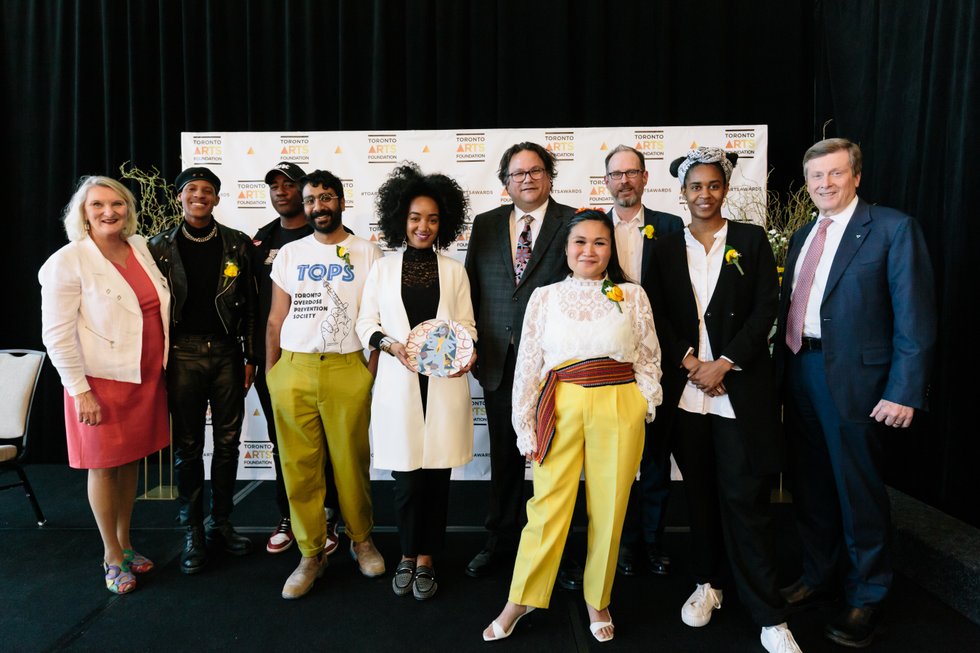 Mayor John Tory was on hand to celebrate the awards recipients while touting his own platform for arts investments.

“I have called for a year of public art to be declared in 2021,” said Tory. He announced that in 2021, Nuit Blanche will follow-up with the in-roads made in Scarborough last year by extending to North York and Etobicoke. And he will also initiate a 10-year public art strategy, led by OCAD University president Sara Diamond.

Without naming names, Tory took a swipe at Premier Doug Ford in the wake of a series of provincial budget cuts targeting the city. He referenced “other governments” that are slashing investments in Toronto, while the Mayor’s office is pushing for more contributions to the arts.

As Tory told NOW in an interview at SXSW Festival in Austin in March, the arts scene is good business, particularly if we want to see more tech companies invest in Toronto. What Tory learned from SXSW, and Austin’s subsequent tech boom, is that these companies want to set up shop in locations where they can hire creative talent.

“[Tech companies] want to be in a place committed to creativity, artistry and music.”