Mom is the muse in epic Contact Photo Fest show 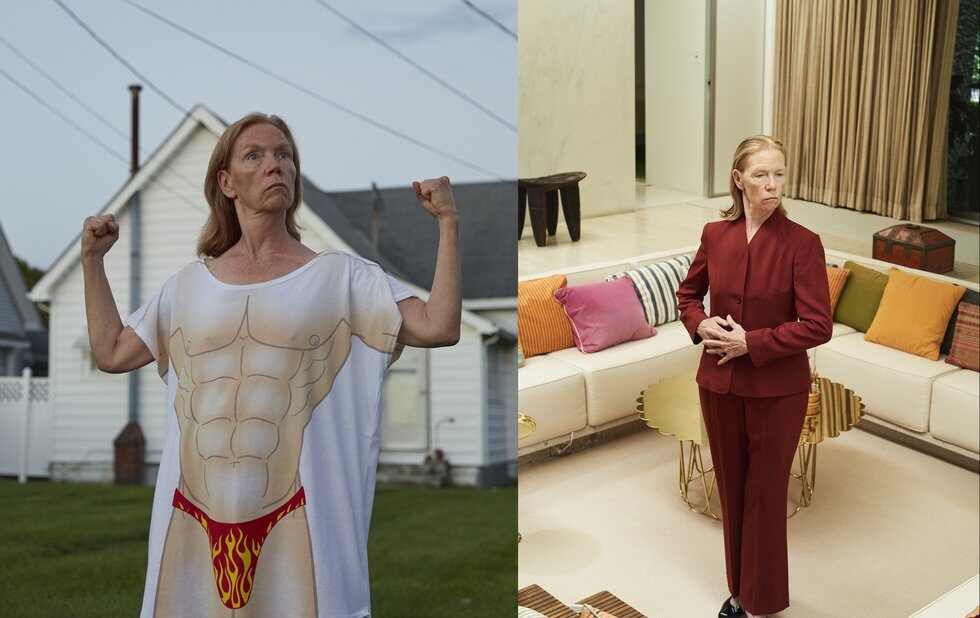 A good model has an ineffable ability to feel free in front of a camera lens. For a young fashion photographer, finding a model to forge a trusting creative bond with can be hard. But what if that model turns out to be your mother?

After segueing from the world of dance to photography, New York City-based Charlie Engman began taking pictures of his mother, Kathleen McCain Engman, nearly 10 years ago. It started as a casual thing, with Engman having his mom try on designer clothes after a fashion shoot, or just documenting her day-to-day. It has since snowballed into an ongoing collaborative project and, now, the exhibition Mom, which debuted at Scrap Metal Gallery this month as part of the Contact Photography Festival.

The collaboration really gelled when he photographed his mother for now-defunct Hungarian fashion mag The Room in 2012. The woman in the photos did not seem like the mother he recognized, a feeling he attributes to the subversion of the familial dynamic to one of creative equals.

“There was this unfamiliarity when I’d look at the pictures I’d make of her. I didn’t fully understand this person who I was very familiar with,” he says over the phone from his studio in New York City. “She and I had fallen into a conventional parent-and-child dynamic where we had our prescribed roles.

“She would have moments of control, exasperation or motherliness, and when I started taking pictures of her more pointedly I realized those things were affects,” he adds. “Those things weren’t necessarily the end all, be all of our relationship.”

Since then he’s photographed his mother covered in glitter, in designer women’s wear, in casual men’s wear, running through fields, in wigs, close-up, faraway, in various stages of undress and nude. She can look butch, hyper-feminine or gender fluid. Her  bright orange hair is curled, buzzed, symmetrical and cropped, evoking celebs such as Shirley MacLaine, David Bowie and Tilda Swinton. Among the huge volume of photos pinned, taped and hanging in frames at Scrap Metal – as well as arranged collage-like on three large tables – are images of his mother as she would normally present herself to friends and family.

Engman has worked for magazines such as Vogue and i-D and directed commercials and music videos (sometimes starring his mom), so the show’s multiplicity of photo formats, which includes screen shots and video projections, compounds the themed of blurred boundaries.

“I like that the project can live in a gallery space, on the page of a fashion magazine or live Instagram,” says Engman. “They’re all leading to each other in a circular way. That’s true to contemporary visual culture, as well as to my very huge relationship with this person.” 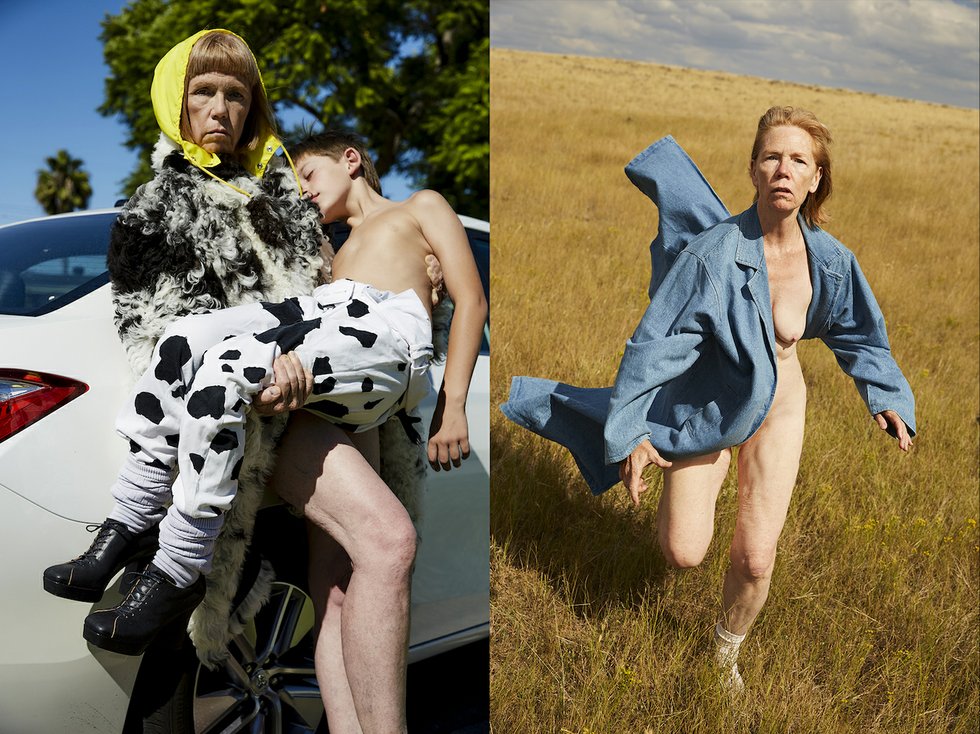 Mom With Child Actor (left) and Mom Running In Field are featured in Engman’s Mom exhibit.

The volume of work on display at Scrap Metal – around 400 photos – and the seeming randomness of the presentation is disorienting. The nudity will no doubt jar some viewers, but given Engman works in fashion, where men have traditionally shaped notions of beauty, the idea of the male gaze looms large. Or more specifically, the question: what does male gaze mean when the muse is mom?

“I think about [male gaze] constantly. Like, all the time,” he says. “Not only the male gaze, but racializing and all those strands of identity politics.

“A lot of the feedback I get is from women of all ages and body types who talk about how these photos make them think differently about themselves or how it reflects their presence as a woman,” he continues. “There are conventions that are based on a male gaze or a reaction to a male gaze. Where are the problems and what are the joys or positive aspects?

“I try to occupy this middle space where there’s this intention to get her to present something, but also letting her react,” he says. “It’s a grey zone. It’s not me fully controlling her and it’s not her fully passively accepting – nor is it her presenting herself. It’s this weird joining of our intentions.”

Engman seems less decisive when asked about the impact the project has had on his relationship to his mother. It’s a given they are extremely open to begin with, but has he learned anything new about mom?

“That’s something I’m still trying to articulate,” he says. “There are certain expectations I’ve grown up with around what my boundaries are in how she approaches my life – when I should feel embarrassed about her or proud about her. Those things are conventions that are not based on her as an individual, but on what I’ve acculturated. I’ve learned about her as an individual as opposed to her specifically as my mom.”

Our interview took place two days before Mother’s Day. Perhaps not surprisingly, the Engman family didn’t have anything special planned. “My mom and I talk every day,” he says. “My family has never really been that connected to conventions like Mother’s Day.”

Every day is Mother’s Day.