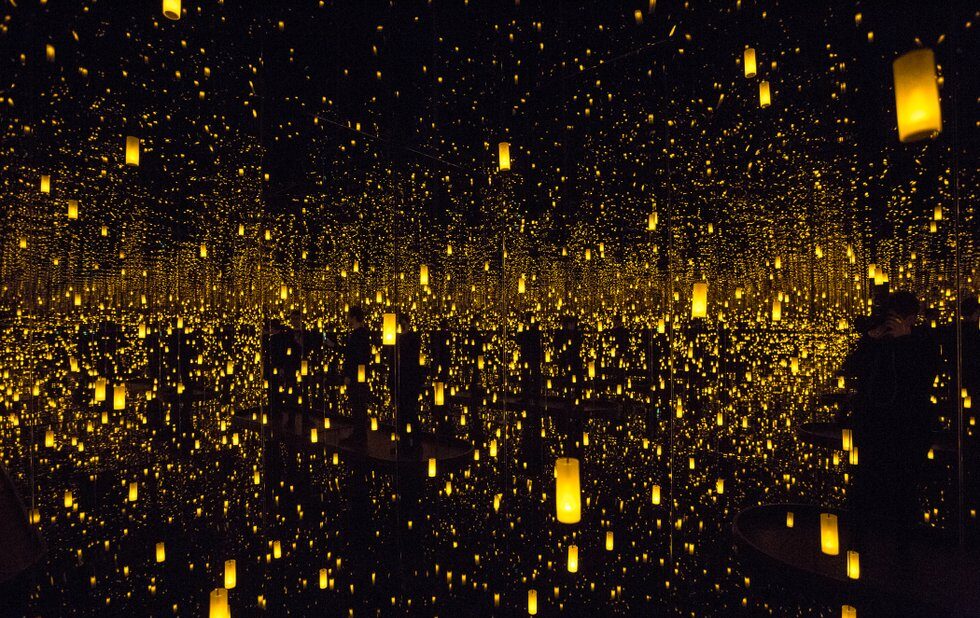 With its perfect selfie backdrop and intimate lighting, it was only a matter of time before someone got engaged at the Infinity Mirrors exhibit at the Art Gallery of Ontario.

The AGO has reported that Torontonian Edwin Zegarra popped the question to his long-time girlfriend Maria Virginia Delalande inside The Souls of Millions of Lights Years Away room.

As Delalande tells the AGO, “I said, ‘The lights are coming on! Stand up so we can take a picture!’ All the while I was snapping pictures and he’s calling my name, telling me to turn around. Then I saw him, down on one knee, holding the ring, asking me to marry him.” 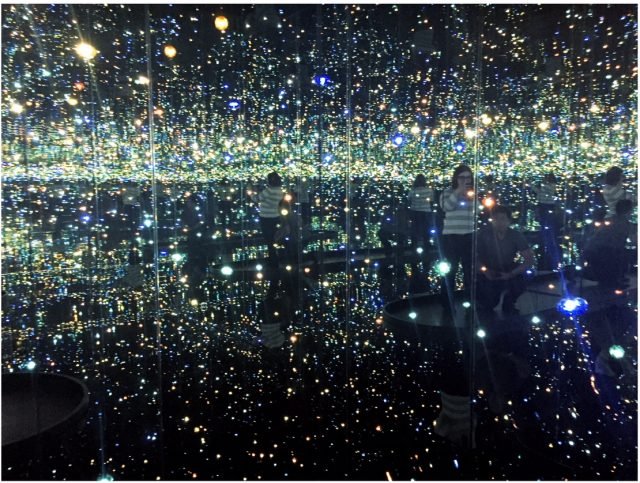 Courtesy of Edwin Zegarra and Maria Virginia Delalande via the Art Gallery of Ontario.

Edwin Zegarra proposes to his girlfriend Maria Virginia Delalande in the The Souls of Millions of Light Years Away room.

Although Zegarra told the attendant ahead of time he was planning to propose to Delalande, the couple still only got the highly-regulated 30-seconds inside the room. (And for good reason: imagine if a proposal granted you an extra 30 seconds, faux proposals would be rampant.) 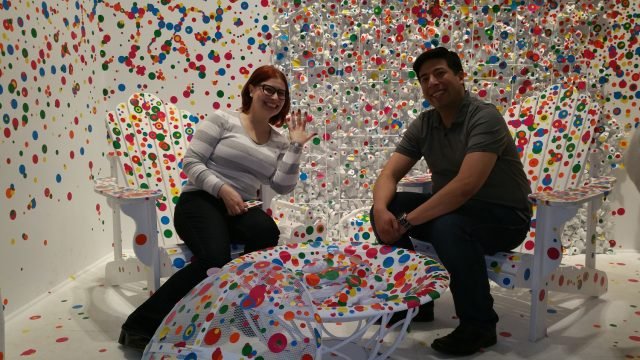 Image courtesy of Edwin Zegarra and Maria Virginia Delalande via the Art Gallery of Ontario.

The couple celebrates their engagement in the Obliteration Room.

This isn’t the first proposal to happen at the Infinity Mirrors exhibition. Last year at the Hirshhorn Museum  in Washington, DC, another couple also got engaged inside The Soul of Millions of Light Years Away – which apparently is the most romantic room of the exhibit. Or maybe it’s because it’s one of the rooms where photos are allowed.

Photo ops aside, Zegarra chose to pop the question at the exhibit for symbolic reasons.

“I wanted to propose in one of the Infinity Mirror Rooms as a symbol I wanted to be married to Maria forever,” says Edwin.

Infinity Mirrors closes on May 27, so there’s still time to plan your own proposal.