Death gets a redesign at DesignTO 2019 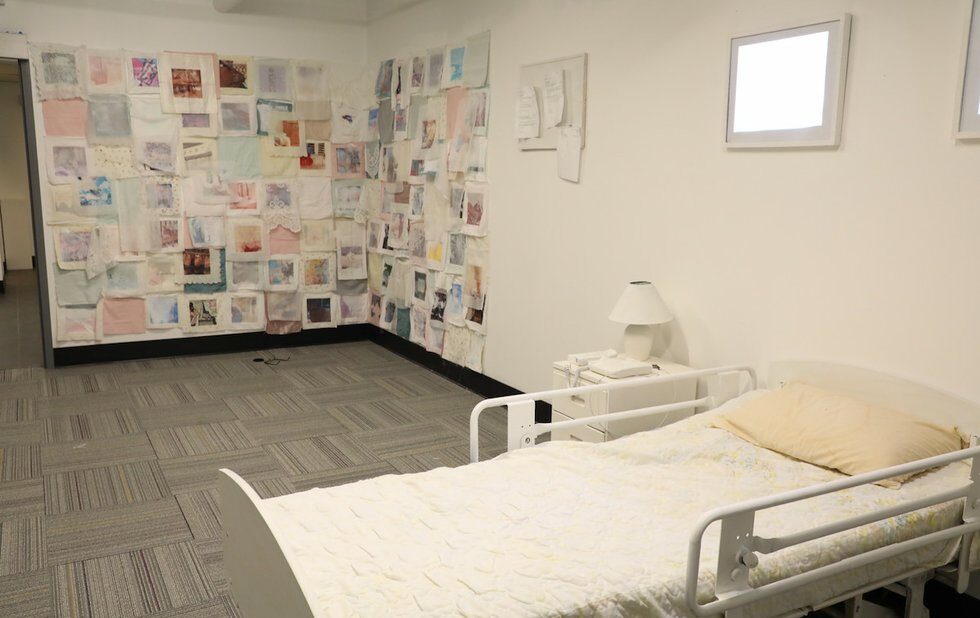 Everyone is going to die one day, but how do you make peace with your own mortality now? Canadian artist Justin Tyler Tate thinks you should get inside a coffin and take a photo.

As part of the DesignTO Festival (formerly known as the Toronto Design Offsite), Tate designed a prototype for a real cardboard coffin that participants can lie inside – #coffinselfies are encouraged – and instructions on how to build your own version.

“Under normal circumstances, most people would feel uncomfortable about lying in a coffin, but this exhibition creates a socially acceptable space,” says Tate. “And taking a selfie is an extra incentive to become immersed in the idea of your own mortality.”

The death of Tate’s grandmother inspired his exhibition, DIYing Free, which was originally conceived a few years ago during an art residency in Lithuania. “Her death made me reflect on the ecological and material footprint each death leaves,” he says.

While traditional burial rituals are harmful to the environment – formaldehyde embalming fluid is toxic and wooden caskets with plastic linings never decompose – Tate chose cardboard for his DIY coffin because it’s cheap, strong and biodegrades quickly.

DIYing Free is one of several exhibitions within DesignTO’s Dying. series, presented by OCAD University and Taboo Health, a non-profit collective of educators, advocates and designers who curate public art exhibitions exploring themes around difficult health issues. Meant as a way to spark discussions between the medical profession and the art and design community, the series also features the two-day symposium, Death And Dying, which includes discussions and workshops on topics like funeral planning and the architecture of hospices. (The entire festival features more than 100 events across the city.)

Snowball’s interactive installation, titled Room #237, is a re-creation of her mother’s long-term care facility room. “My mom was diagnosed with early onset Alzheimer’s disease when I was 21. It was difficult for me to watch her go into a long-term care facility. It was an overly medicalized space where residents were locked inside and not allowed out,” says Snowball.

“It invites the viewer into the world of loving someone with dementia. I hope that it invites some critical thought on long-term care facilities and how they position people with dementia as objects of their disease rather than autonomous people.”

The installation features several “clues” that offer insight into Snowball’s personal story, including a phone that rings and plays an audio clip of Snowball and her mother speaking about her illness and fears of going into a hospice, a TV that shows glimpses of videos of the two them together and a projection of her mother’s outline moving through the space with her walker.

Poole-Adler’s exhibition is based around her own experience of “grieving for a loved one who is still living.”

Using nostalgia as a way to cope with that grief, she’s created a large-scale textile mural made up of old family photographs transferred onto pieces of second-hand materials like bedsheets, curtains and handkerchiefs that resemble fabrics she had from her childhood. “I’ve discoloured, destroyed and erased the images to show that personal loss,” says Poole-Adler, noting many of the faces are either covered with white paint or cropped out. “I also started embroidering phrases overtop that are taken from my journal.”

Underneath the fabric, she painted the installation wall grey and wrote the phrase “It would be easier if you were dead” over and over again. “There was a lot of guilt admitting that to myself, and to others,” says Poole-Adler.

Snowball and Poole-Adler showed a version of Ghost Series last year in an OCADU exhibition, Always Already, and it will be a part of their final thesis exhibitions this spring. While they both recognize that death is seen as a taboo topic, they hope their works can help break down the stigma and be a catalyst for more open discussions.

“Creating a dialogue is a way to raise awareness and change the way that health organizations treat people who are suffering,” says Snowball. “These kind of medical organizations don’t just concern elderly people. It’s something that we’re all going to have to rely on one day.”

DesignTO runs from January 18 to 27. Visit DesignTO.org for details.