Is it uncouth to take a selfie in front of artwork at a gallery? As Yayoi Kusamas Infinity Mirrors. 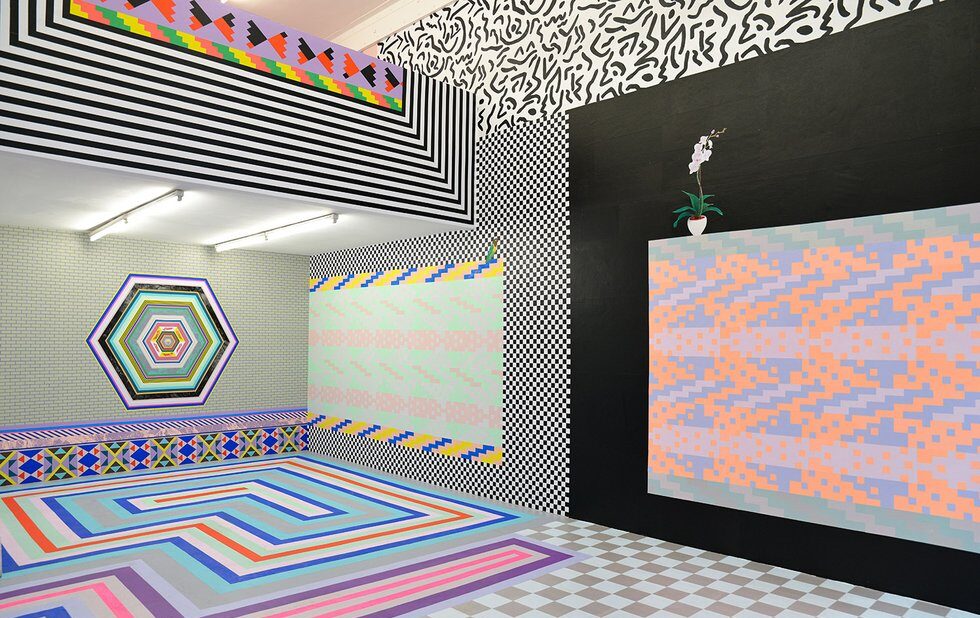 Is it uncouth to take a selfie in front of artwork at a gallery?

As Yayoi Kusamas Infinity Mirrors wraps up this month at the Art Gallery of Ontario, a loud chorus of selfie haters griped that the exhibit was merely a narcissistic Instagram photo op.

However, for Montreal-based artist Dominique Petrin, one of the artists participating in this years Power Ball, selfies and social media in galleries are a fact of life now, so you may as well embrace it.

I wanted to do an installation where everyone was going to take selfies, says Petrin over the phone from Montreal. Selfies are part of the social protocol of going to any cultural event now. I am 100 per cent sure that after the party theres going to be thousands of selfies.

For the Power Plants annual fundraiser-meets-art party, Petrin will wrap a gallery room in her signature technicolored, graphic patterns and illustrations the perfect backdrop for selfies that depict scenes familiar to anyone who hangs out in art world circles.

Dubbed I heard they didnt serve cocktail sausages this year because the curator thought it would be to alpha, Petrins installation portrays an art party, not unlike Power Ball, with all the ubiquitous characters, like the eccentric artists, curators, fancy rich people, catering staff but rendered as aliens.

Its a big, fun joke of the art world, Petrin laughs. There are aliens wearing designer clothing, taking selfies, or wearing VR headsets and watching a Jon Rafman installation.

Petrin says the installation is her most kooky work to date and that working within the constraints of Power Ball was an invigorating process. Its an event that only lasts seven hours. Its the perfect time to try experimental work, she says.

Petrin usually screen prints all her coverings and then hand-pastes them herself, a labour-intensive process. It takes around 150 hours to screen print and around another 150 to install a full-sized room. Because of Power Balls short lifespan, the coverings are being printed on vinyl.

Her experience in screen printing dates back to her time playing in the Montreal-based post-punk band Les Georges Leningrad, where she silk-screened vibrant concert posters.

Since then, her art practice has expanded. Shes shown her prints and collages in galleries across Canada and wrapped an entire metro station in Montreal. Last year she worked on her biggest project to date: collaborating with Banksy on his hotel in Bethlehem, Palestine.

When the elusive British street artist hand-picked Petrin to design a room inside the Walled Off Hotel, she had no idea what the project was actually going to be until she arrived in the West Bank.

Because of the confidentiality of the project, I had very limited information. I didnt know the political context, says Petrin. If I had known it was going to be part of a hotel in Palestine, I would have freaked out. I dont know if I would have done it.

But as they say, ignorance is bliss. Under the vague guidelines to create a space that was reminiscent of a collapsed English colony, she designed wall coverings that feature ornate graphic wallpapers and Roman columns, paired with modern objects like a pod coffee machine and surveillance camera.

Petrin would like to do more permanent installations like the Walled Off Hotel, where her work doesnt have a predetermined expiry date. (One time, she recalls, she finished wrapping a seven-story building, and then it rained for weeks and she had to watch her work unravel.)

You build this moment and then it vanishes so quickly, says Petrin. Now Id like to be able to pause, reflect and go into the intricacies. Theres never a limit to how intricate you can go.

Power Ball XX: Carousal takes place at the Power Plant on May 31 at 7 pm. See listing.