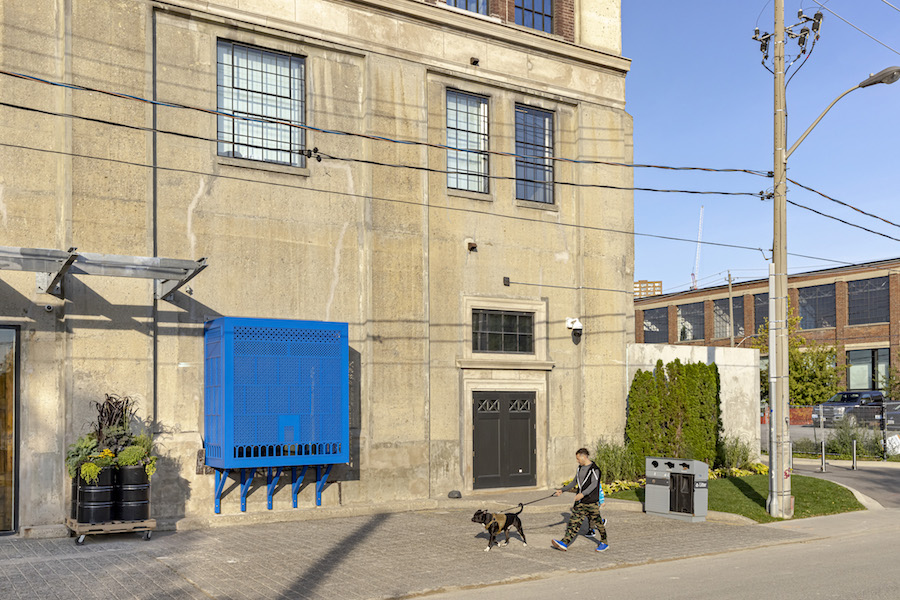 GTA21 at the Museum of Contemporary Art (158 Sterling). To January 9. moca.ca

When the Museum of Contemporary Art (MOCA) reopened following the latest round of lockdown measures, the curators set out to make a bold statement: a massive exhibition featuring 21 artists with ties to the city.

GTA21 will happen every three years, offering viewers a snapshot of the themes and ideas concerning artists who either live and work in the Greater Toronto Area or who live elsewhere but maintain connections here. This isn’t a show that makes one big statement about Toronto, but rather a case for why attempting to do so can be elusive.

It’s an appropriate re-introduction for a couple of reasons: the art museum is now under the leadership of CEO and executive director Kathleen Bartels, who is touting a focus on “globally connected” local art. During a recent press preview for GTA21, she said MOCA has raised $8.5 million in the past year that will keep the institution stable but also allow it to be more ambitious and commission original work.

But the pandemic has also forced many large museums and art institutions to be more local. Lockdown measures wreaked havoc on scheduling for marquee touring shows, which can require years of preparation. Pandemic portraiture shows, retrospectives on rising local artists and art that transforms public spaces have increasingly become a focus, even as things reopen.

Curated by Daisy Desrosiers, Rui Mateus Amaral and November Paynter, GTA21 finds many artists concerned with geopolitical issues, architecture and space, the tension between public and private lives and cultural iconography. The work ranges from painting to augmented reality to installations that change over the course of the exhibit’s run. In a show full of statement pieces, we spoke with Amaral about five artworks that stand out.

Ghazaleh Avarzamani’s painted-steel installation Mashrabiya (2021) is the visible from outside the gallery.

Teharn-born, Toronto-based artist Ghazaleh Avarzamani’s bright blue Islamic window screen Mashrabiya is the first visible sign of GTA21. As you approach the museum’s Sterling Road entrance, it can be seen jutting out on the outside wall. The screen allows viewers to look outside, but not in, and is one of two pieces Avarzamani has in the show. The work becomes a way to incorporate the building itself into the show.

“Having a work that extends from the exterior into the interior of the museum introduces the viewers to some of the strongest concepts that run through the exhibition,” explains Amaral, “such as the line between public and private space, the interplay between opacity and transparency, illusion and disillusion, as well as what happens when one cultural symbol is transposed into a foreign context.”

Azza El Siddique’s Fade Into The Sun (2021), an installation made from steel, bukhoor, sandaliya, slip cast ceramic and water.

The centrepiece on the museum’s second floor – which is themed “inheritance” – is a towering installation by Azza El Siddique. Fade Into The Sun is site-specific and incorporates the museum’s columns into the work as a way to reference Nubian burial traditions, which the artist has been studying. It’s another example of spiritual architecture and features a slow, overhead dripping water system that cleans and destroys slip casts of family heirlooms and other objects.

It’s a physical manifestation of burial customs and El Siddique’s memories. “Her interest in these customs and physicalities stem from her Sudanese ancestry, as well as the women of the diaspora who have shaped her experience of the world in some way,” says Amaral. “This work honours all of these histories and memories and brings them into the present.”

Stepping off the third floor elevator, it’s hard to miss Sahar Te’s installation: a 2003 Toyota Tacoma covered in black satin. How did the vehicle make it to the third floor? Amaral isn’t telling: “Some things should remain a mystery,” he says. “However, this was certainly one of the most challenging works to produce in the exhibition from a physical, logistical and administrative point of view.”

If you approach the truck, the sound of faint breathing can be heard. Te’s work deals with demonstrations and propaganda, and the blacked-out truck invites the viewer to contemplate its purpose – and what comes after. “This vehicle is used across different cultures and geographies to drive a point home,” says Amaral. “But as Sahar suggests through the silhouette of the object, that point is ever shifting and depends on who is steering the wheel.”

Common Accounts’ Parade of all the Feels, 2021 interactive installation made from wood, plexiglass, paint, miniature screens, and electrical cords.

Common Accounts’ Parade Of All The Feels

One of the most playful works on display is experimental design studio Common Accounts’ (aka Igor Bragado and Miles Gertler) imaginary parade float. Full of flashing and buzzing details, the work is full of QR codes that trigger augmented reality animations viewable via your mobile phone. It’s on the gallery’s first floor, which has an emphasis on the intersection between art and design. Parades are a part of city life, but Parade Of All The Feels takes that concept into the online realm, where city life is filtered through Instagram and other apps. How much of our experience of a city is engineered by forces of technology?

Tom Chung’s 50 Shelves (Study For MOCA) is a gift shop in which you can purchase it all.

Perhaps the most unassuming piece in the show is the gift shop. In addition to buying a tote bag or the GTA21 catelogue, you can buy the shelves. It’s a wink to the part of putting on a show that’s often apparent but unspoken: the money part. As visitors buy up the shelves – created by industrial designer Tom Chung – the gift shop shrinks and is rearranged. It’s one of a handful of works that change over the course of the show’s run. They are challenging to pull off, says Amaral, but they encourage viewers to come back and introduce an element of the unknown. “We like that they’re transforming before our eyes,” he says. “What is more representative of the times we are living in?”