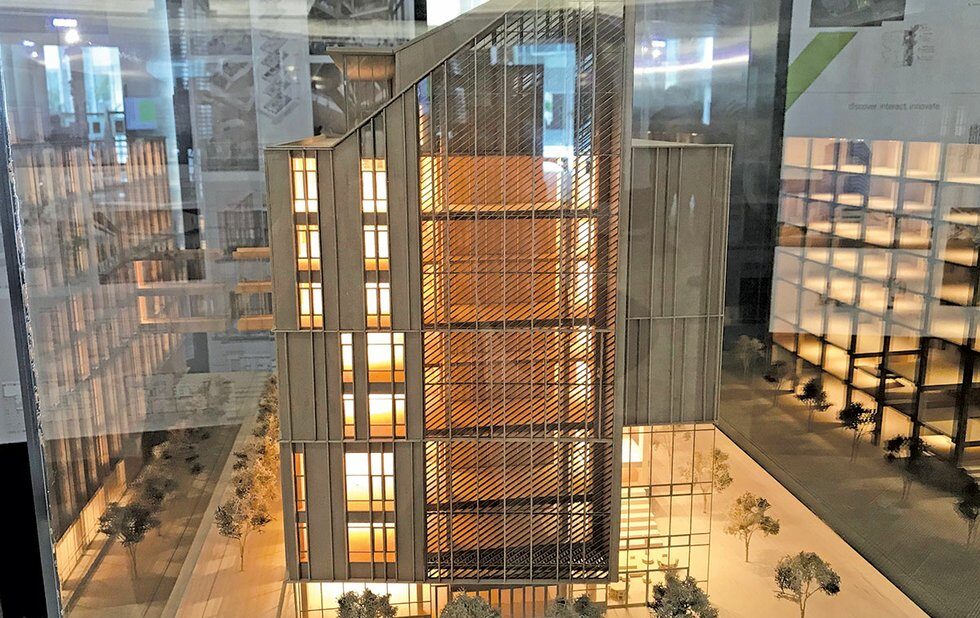 A 3D model of George Brown College's The Arbour, a 10-storey low carbon wood building on the waterfront

What does the future of Toronto look like? Imagine wooden towers overlooking the waterfront, an ambitious master-planned district, modern student housing incorporated into a heritage building and a civic centre plaza that will dramatically reshape a neighbourhood.

If that’s hard to envision, head to Metro Hall where the exhibit Toronto of the Future displays dozens of new projects coming to the city. The exhibit features 3D scale models, renderings and other visualizations from architecture firms, developers and the City of Toronto. In addition to buildings already under construction or currently in the approval process, the show also features a couple of visionary conceptual projects, like a reworking of the Gardiner Expressway by local firm WZMH that integrates futuristic mixed-use towers and helipads for flying cars.

The third edition of the biennial runs until Canada Day. Here, we pick out five projects that will change the city’s skyline, transform old neighbourhoods and create entirely new ones.

The Arbour by Moriyama & Teshima Architects and Acton Ostry Architects

In a city filled with steel and glass towers, this 10-storey wood building on the waterfront is a sustainable showstopper. Designed by local firm Moriyama & Teshima Architects in collaboration with Vancouver’s Acton Ostry Architects for George Brown College, the proposed timber-framed, terracotta-clad building is low-carbon and designed to maximize access to natural light and fresh air, while solar chimneys create a natural convection system. The Arbour would be made up of classrooms, student workspaces, Canada’s first Tall Wood Research Institute and childcare facilities. 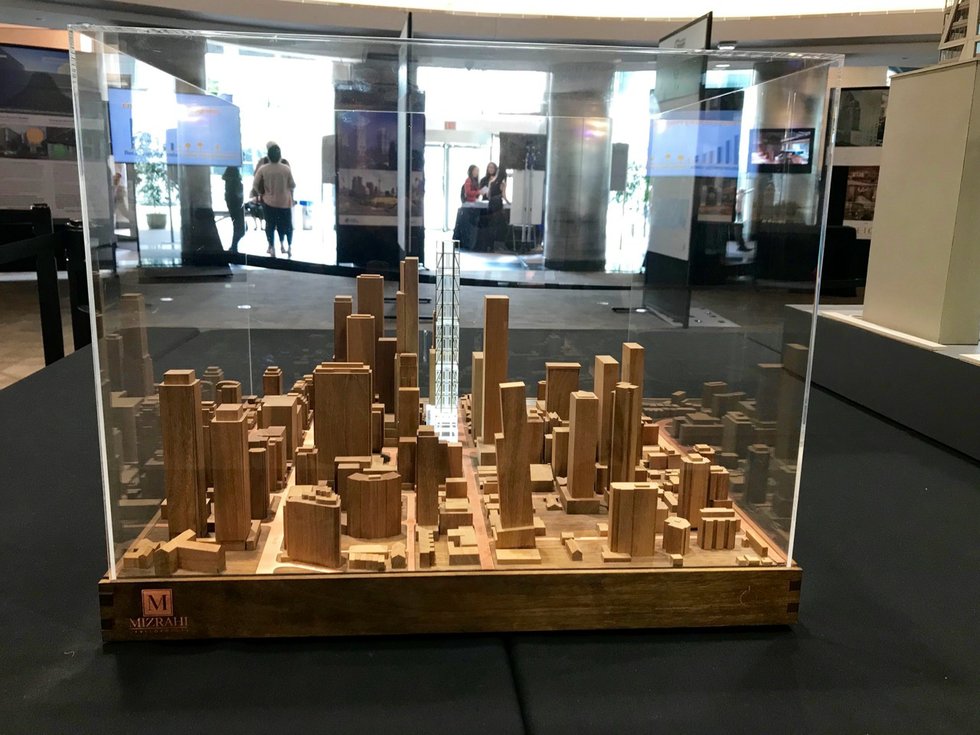 A translucent 3D model of The One, which will soon be the tallest building in Canada

The One by Foster + Partners

Get ready for a new addition to Toronto’s skyline. At 85 storeys, The One will become the country’s tallest building and second-tallest man-made structure, after the CN Tower. From Mizrahi Developments and designed by starchitect firm Foster + Partners, the under-construction luxury condo features a champagne-hued metal exoskeleton and commercial space at the ground level at Yonge and Bloor. 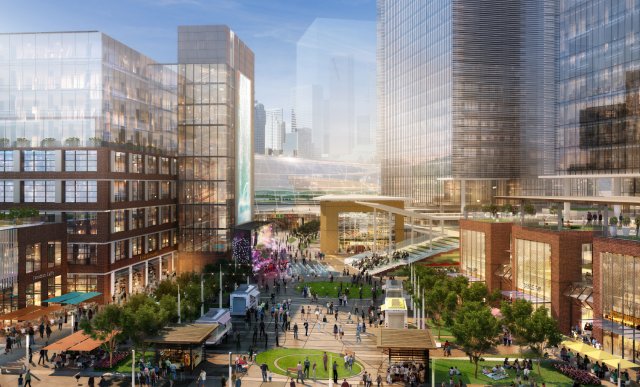 A rendering of the Soap Factory plaza in East Harbour, a massive new neighbourhood development proposed just north of the Port Lands 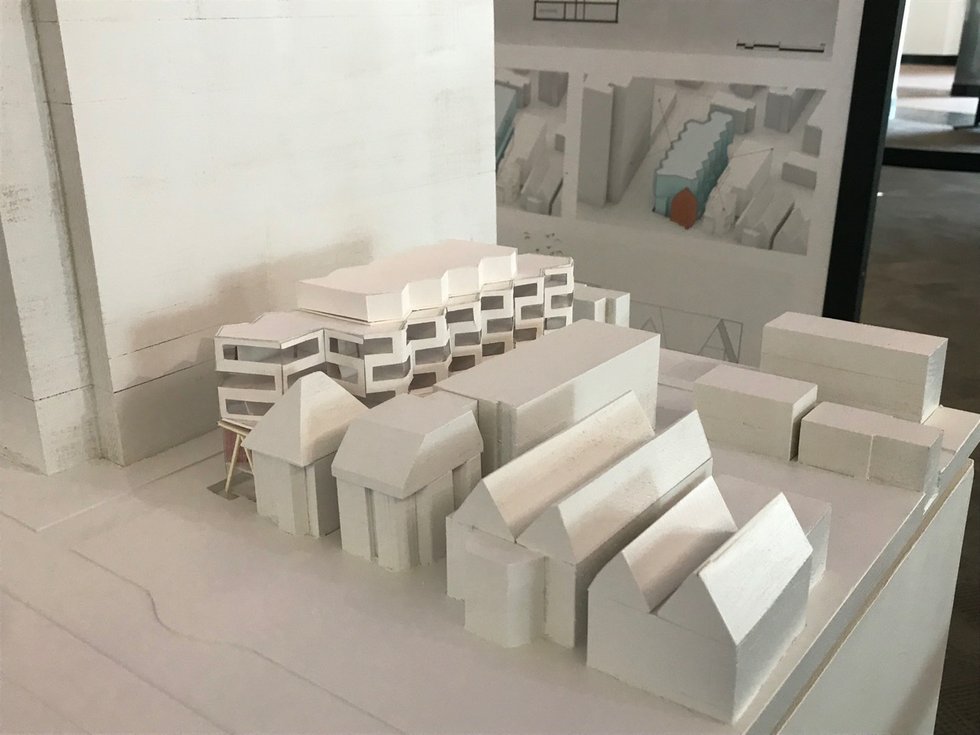 As the housing market crisis continues, any rental projects for students are desperately needed. Designed by local firm SvN in collaboration with preservation experts ERA Architects, this four-storey infill project integrates a 1903-built house currently on the site into its pleated, white-brick design. The apartment building would house a total of 90 rental units of varying sizes. The project is currently in the rezoning process. 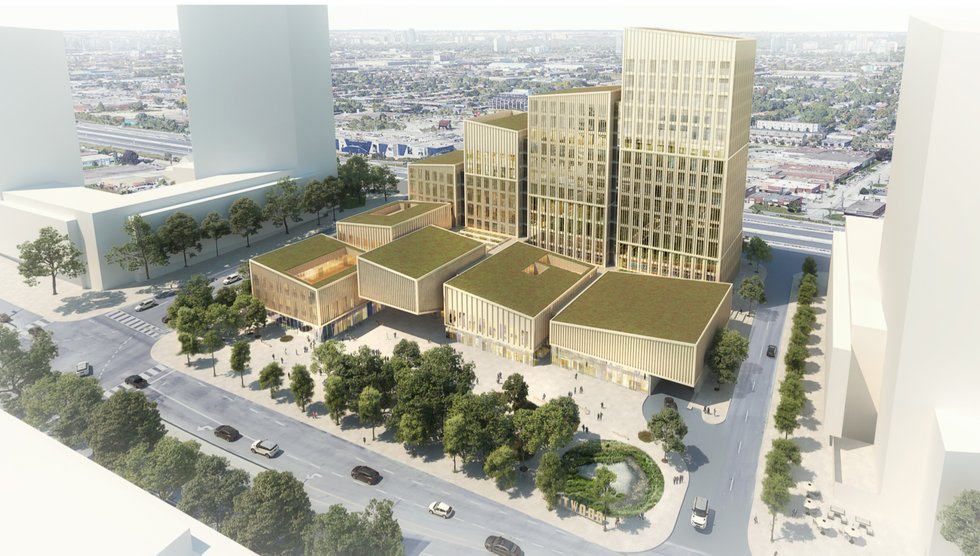 After a high-profile international design competition, Copenhagen-based firm Henning Larsen Architects were chosen to design the new Etobicoke City Centre as part of the massive Six Points intersection reconfiguration in the former suburb. Located at Dundas and Kipling, the centre will be made up of multiple buildings that will house a library, gymnasium, art gallery and rec centres, along with office space and meeting rooms. While the project makes its way through the approval process, the city aims to start construction in 2021.