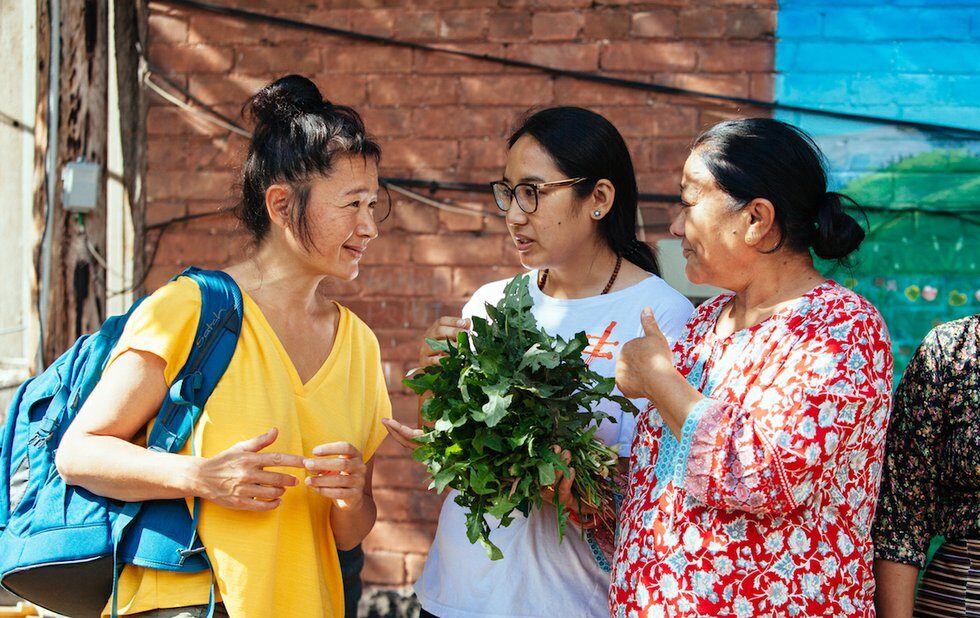 HITO STEYERL: THIS IS THE FUTURE at the Art Gallery of Ontario (317 Dundas West). $25, free pass-holders/members. To February 23. ago.ca.

One late September morning, Hito Steyerl introduced herself to the adult ESL students in the Parkdale branch of the Toronto Public Library. The Berlin-based artist was there, along with associates from the Art Gallery of Ontario, to meet the students – many of them senior Tibetan women, all immigrants or refugees – and visit Milky Way Garden, which they’ve tended to for over 11 years.

The visit was part of a collaboration with the gardeners that would culminate a month later in Freeplots (2019), a series of planters that are one of the 11 installations on display at the AGO’s sprawling and spellbinding exhibition Hito Steyerl: This is the future, which opened on October 23.

“It was fantastic,” Steyerl recalls over the phone a day before the AGO opening. “It was so beautiful seeing the atmosphere during their classes, the tea they made together and the joy they take in harvesting the produce and sharing. It was such a gift for me.”

Milky Way Garden is named after the alleyway behind the library. It’s located on a 7,000 square-foot plot that the Parkdale Neighbourhood Land Trust acquired in 2017 from two local residents at below-market value using grant money and individual donations.

At the garden, Steyerl listened intently via a Tibetan interpreter as the students explained how they take care of the garden, which vegetables they like (and dislike) and how the plants are connected to their memories of home, before they arrived in Canada. She observed them as they watered and harvested the plants, moved supplies around and teased each other.

This was the second iteration of Freeplots (the first was based on the El Catano Community Garden in East Harlem), which embodies what Steyerl calls “an ongoing set of inquiries” examining how spaces can be claimed by different groups in different conditions.

“There will be different sets of plants, seeds and stories related to any specific location,” she explains. “But they will be united under this shared practice of trying to grow not only plants but also communities. And that’s maybe the more important thing.”

Freeplots was the artist’s response to finding out, in the aftermath of the 2016 Panama Papers leak, that a collector was storing one of her pieces in a free port (a tax-free storage facility) in Geneva. This revelation was painfully ironic for an artist who has dedicated much of her work to deconstructing and subverting the ways by which art, media and technology are commodified and weaponized to serve the interests of the elite.

She calculated the amount she earned from the sale, bought manure-based fertilizers, designed planters shaped like two notorious free ports  that house collectors’ duty-free holdings in Geneva and Panama, grew plants in them and displays them as a symbol of the ways communities can resist neo-liberal capitalism and xenophobia.

The planters feature three plants special to the gardeners. After visiting Milky Way Garden, she recorded the gardeners’ stories and embedded them within the planter boxes, making them accessible both in audio and English and Tibetan transcripts. 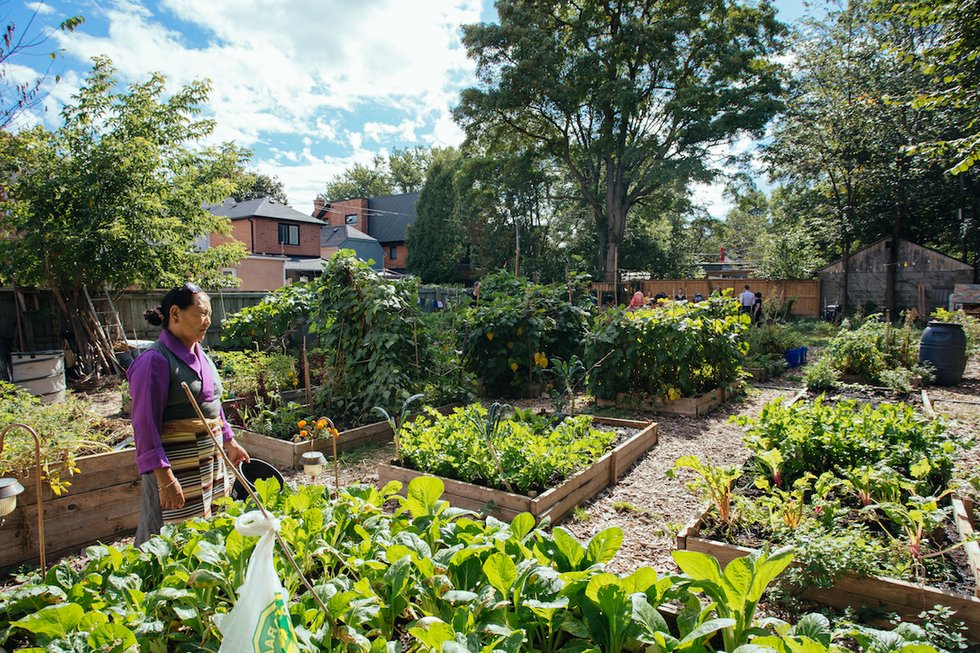 Milky Way Garden is located on a 7,000 square-foot plot that the Parkdale Neighbourhood Land Trust acquired in 2017. 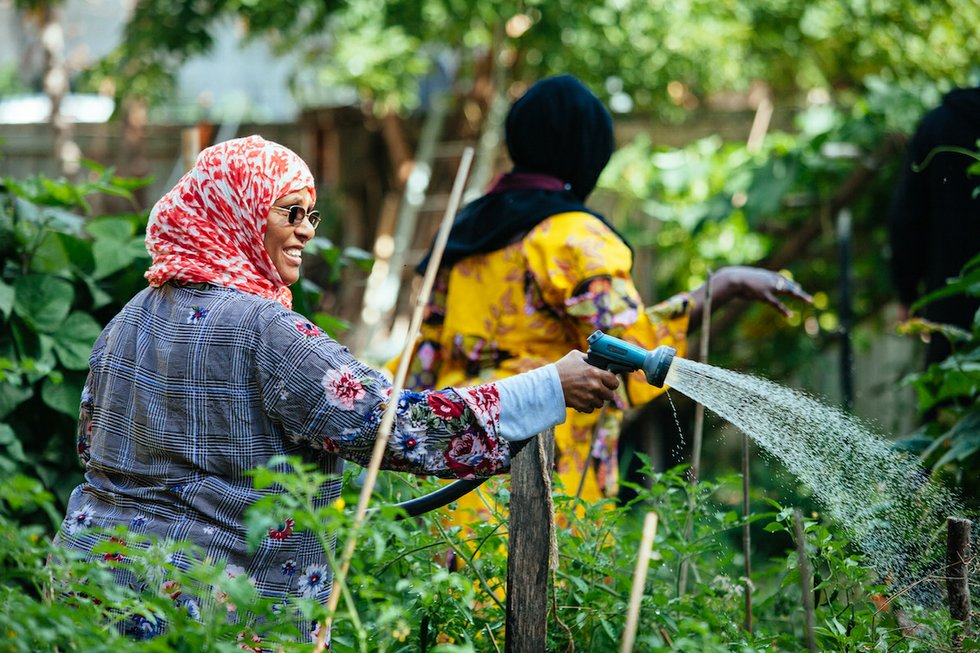 Steyerl wanted to highlight how the work of nurturing community gardens is often done by women.

The issues explored through Freeplots are multifaceted and urgent in both political and personal ways. “It’s not just about critiquing or pointing out whatever, but also learning about all the tools [needed] to create communities – in many cases under difficult conditions,” she says.

By working with the Parkdale gardeners, Steyerl wanted to highlight how the work of building and nurturing community gardens is often left to women.

“It has a lot to do with what is called domestic labour: maintaining of relationships and maintenance labour in general,” she says. “We need to learn from experiences all over because we are under extreme pressure from right-wingers [especially in Germany] who claim that their soil belongs to them – that they are the only ones to own the territory and to have any claims to it.

“So, trying to assemble a diverse set of practices that are carried out, in many cases, by women who have migrated from other places around the world is a very important lesson that we can learn from.”

Freeplots is the first installation that greets visitors when they enter Steyerl’s AGO exhibition. It’s also the only piece that doesn’t feature video, perhaps due to the organic ethos of community building. The show marks the acclaimed artist’s first major solo exhibition in Canada.

The work is at once curious, ominous and delicate. An abundance of screens pulsating with sounds and images speak to the artist’s fascination with our impulses for attention, agency and authoritarianism. The exhibition, even at this large a scale, feels lean and lithe, almost athletic. There are no wasted motions.

It’s fitting that it opened two days after Canadians voted in a federal election. (“I was watching your election the whole evening till about midnight,” Steyerl says.) Many of the issues we agonized over – the loss of privacy, the rise of fascism, climate change, wars and taxes – are touched on in pieces both expansive and immediate.

One of the three plants on view is the stinging nettle, which is prominent in Tibetan culture. The great 12th-century Tibetan yogi and poet Milarepa is said to have subsisted on the nettle during his years of solitary meditation in the mountains. When he eventually emerged from his cave, having realized the true nature of reality and impermanence, his skin was green and his hair brittle, like the plant itself.

In a way, Steyerl’s quest to understand reality is just as singular and supernatural. The exhibition might not change the colour of your skin, but it will definitely open your eyes. 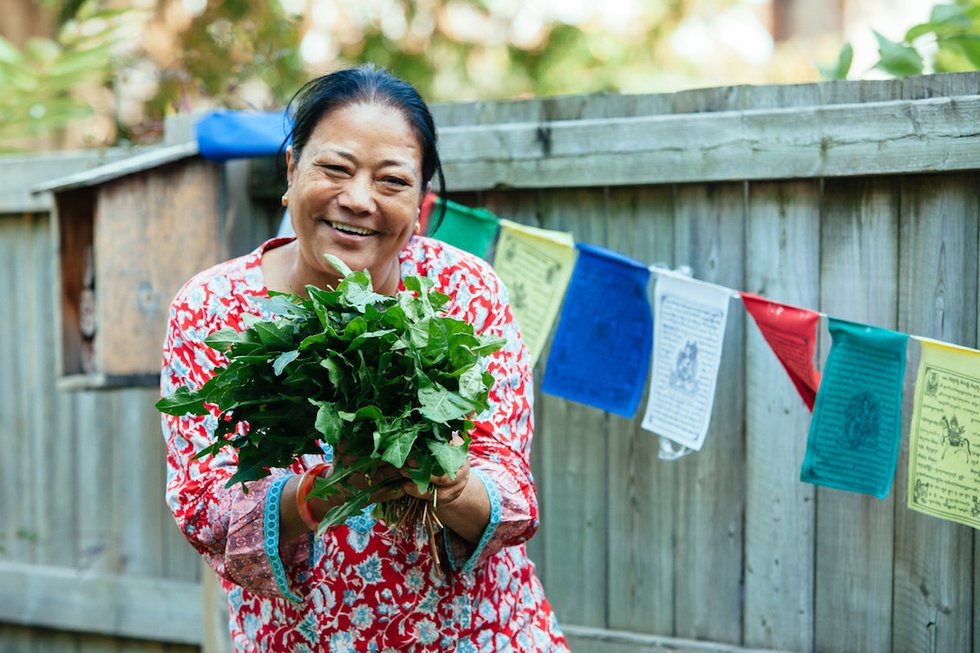 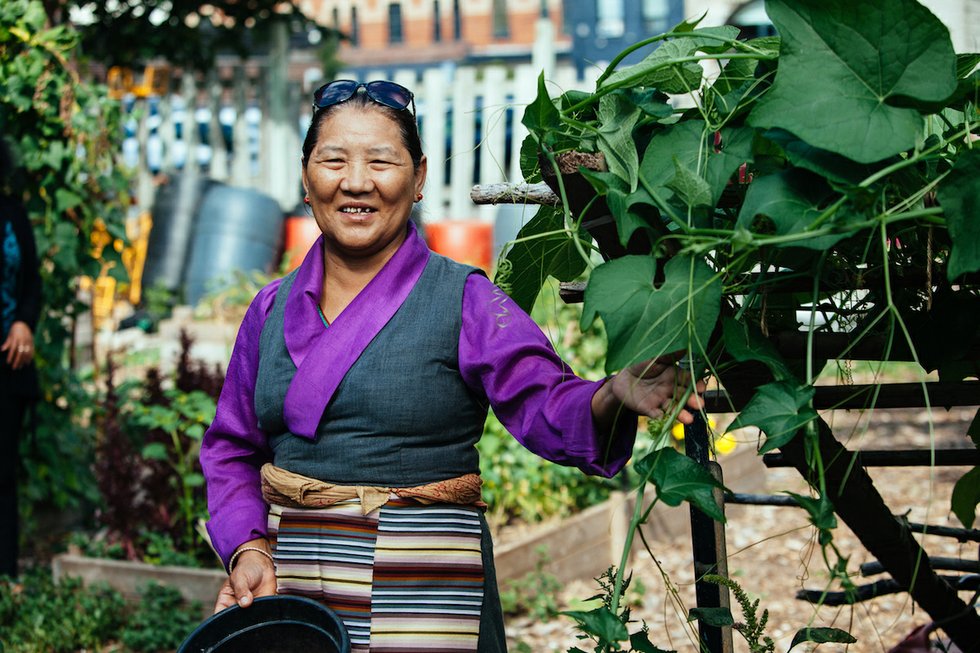 Sonam Yangzom is one of Milky Way’s gardeners. 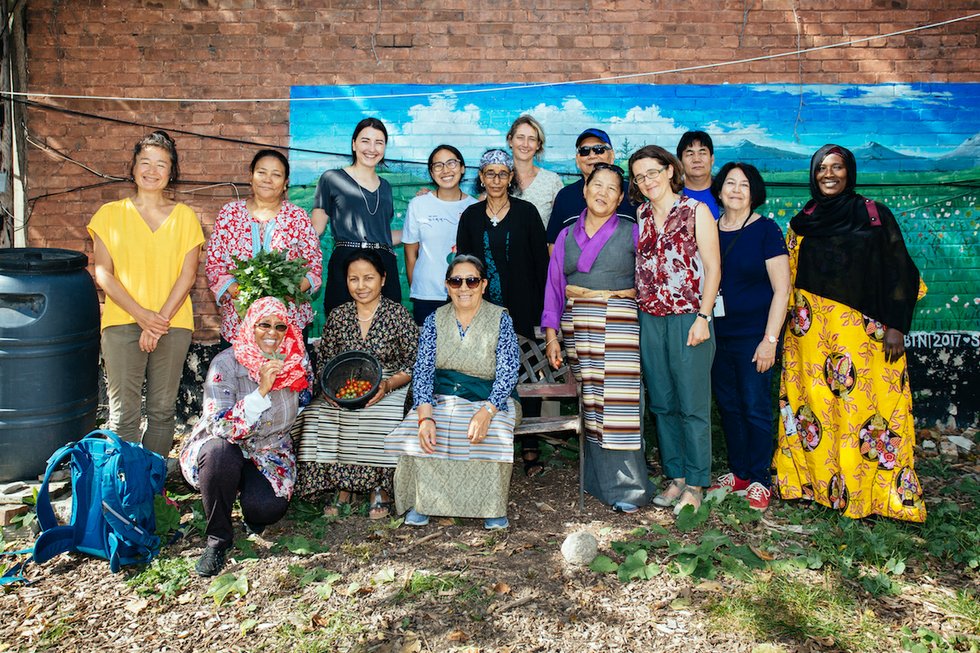 Hito Steyerl (far left), the Milky Way gardeners and the AGO team strike a pose.