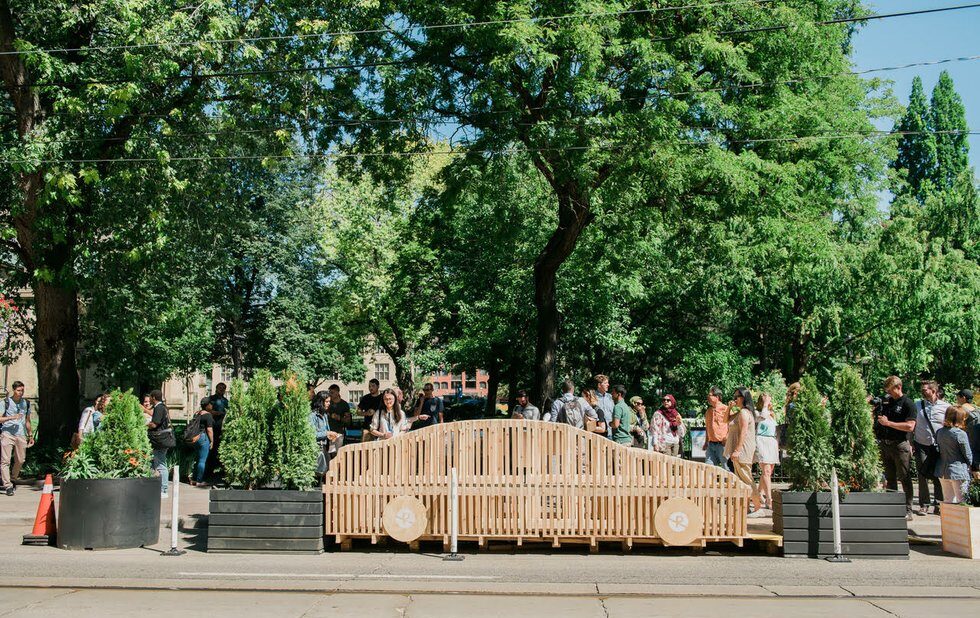 The King Street Transit Pilot just got four new interactive public installations designed by Ryerson students. The project enhances citizen engagement and adds vibrancy to the King Street corridor during the one-year pilot project, which has removed on-street parking from Bathurst to Jarvis and forced cars to turn right at most major intersections.

The installations were created through a partnership between Ryerson University’s ShapeLab, a four-month experiential learning initiative where students learn to solve real-world urban issues, and the City of Toronto.

The installations were chosen from 14 competing teams and winners received $1,000 in prize money and up to $4,000 in prototype funding. The criteria was accessibility, feasibility and creativity. 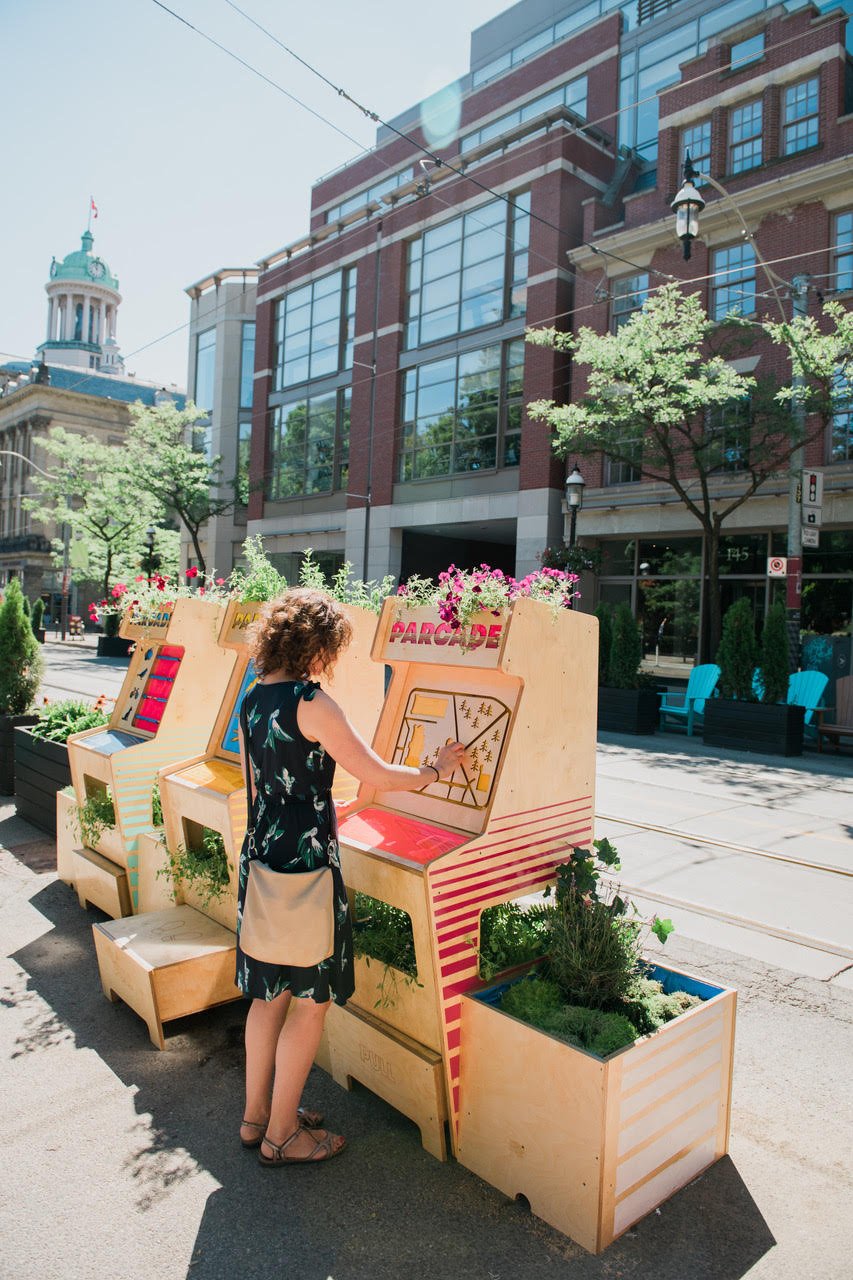 The Parcade installation is located on King Street near St. James Park.

The winning designs are: Caravanserais, Parcade, Imprint and Resonance. Caravanserais is a wooden car parked along the street near St. James Park, while Parcade is an interactive video arcade, also made from wood. At David Pecaut Square, Imprint encourages passersby to help create 3D art, and Resonance is a colourful grid with handprints.

These public installations join the Everyone Is King design build competition winners, which include destination parklets along the corridor.