Review: Lido Pimienta delves into dating woes at the MOCA 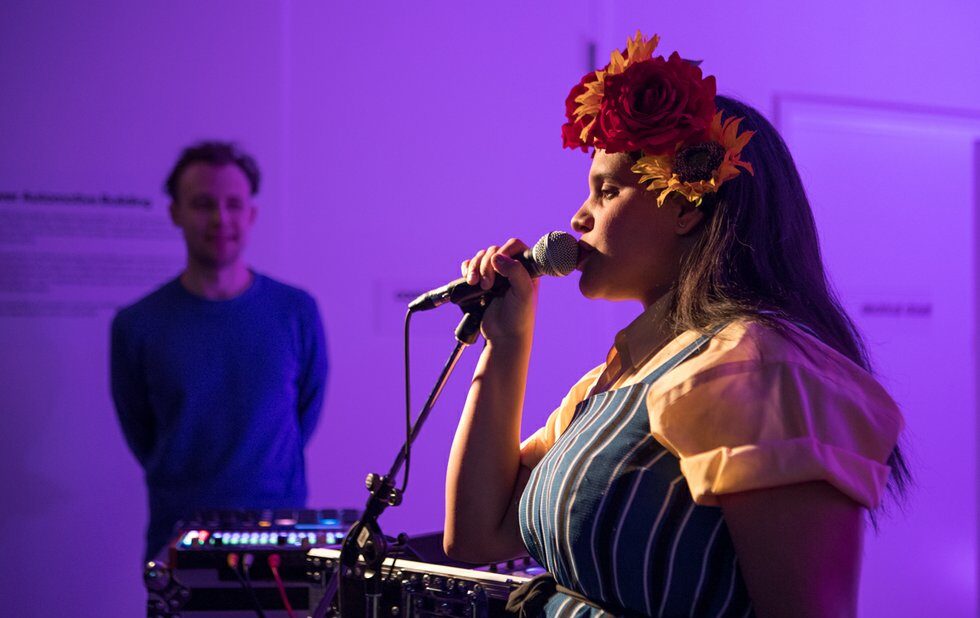 WE ARE IN A NON-RELATIONSHIP RELATIONSHIP by LIDO PIMIENTA at MOCA on Friday (April 12). Rating: NNNN

With only the mysterious description of “A work of theatre. A work of performance” to go by, the audience for Lido Pimienta’s Images Festival performance wasn’t given too much information about what to expect from the sold-out show.

The visual artist and Polaris Prize-winning musician is known for her electrifying concerts, but We Are In A Non-Relationship Relationship showed her versatility across a variety of performance styles. Previously mounted in a slightly different format described as a “live graphic novel,” the show mixed music, storytelling and visual elements before ending in a mini-concert that previewed new music.

The stage reflected the multidisciplinary nature of the event: a drum set and mics were in one corner, while three screens showed a rotating display of Pimienta’s artwork above of a homey living room set. Arriving audience members were served hors d’oeuvres – including carrot arepas made by Pimienta’s mom – and a selection of tropical juices garnished with cocktail umbrellas. Artist Andreas Angelidakis’ ongoing MOCA installation made of colourful foam blocks fit seamlessly into Pimienta’s vibrant set design while doubling as seating.

In the program, Pimienta called We Are In A Non-Relationship Relationship a “tragicomedic look into the life of her, the voice of all the mistakes made by the young-not-so-young-anymore womxn in the big city.” Part installation art, part visual projection, part theatrical monologue and part comedy set, Pimienta played a character who is navigating the minefield of Tinder dating while excusing the shitty actions of some dude she’s in a non-relationship relationship with.

Taking us through a few days or weeks or months (it didn’t matter) in the character’s life, Pimienta outlined the vague non-terms of non-relationship relationships, while describing a typical scenario: a guy shows up for sex and raids the fridge, leaves a “romantic” note that explains he grabbed $30 from her wallet and tells her not to show up at his book launch because he’s invited another woman he’s sleeping with. Eventually he ghosts. 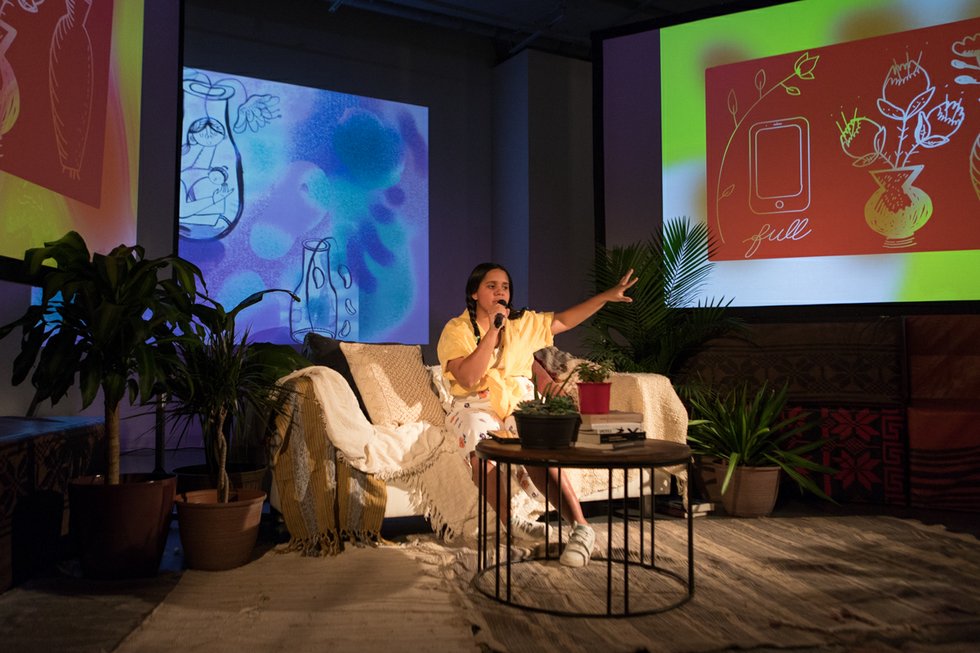 Pimienta’s character recalled the work of a number of exhausted single women artists and characters who have come before her: Dorothy Parker’s A Telephone Call updated to A Text Message or A Snapchat, or the would-be girlfriends from 90s slacker films played by Winona Ryder and Bridget Fonda. She also evoked her heroes, Bridget Jones and Carrie Bradshaw, and pondered what they would do in similar circumstances.

Like these women, Pimienta’s character eventually broke down, screaming death threats at the non-boyfriend and his younger, chiller, cooler new lady, and then just as quickly, she regained her composure, proclaiming, “Good for them!”

The character was like that friend who you try to listen to earnestly as she repeats her boyfriend’s values as if they were her own – again – while trying to convince herself, “It’s totally cool, I’m really open!” It will be a perennial problem so long as we have daters with poor communication skills and low respect for their partners, and Pimienta performed it convincingly, wondering with an older-millennial resignation why we’re still making the same dating mistakes in our 30s. There was no happy ending in this narrative, just an eventual collapse into a pile of overturned succulents.

The set was a picture of smartphone domesticity: the Instagram-ready living room decorated in bright colours, tassels and potted plants. Everything was curated to portray the image of the perfect life that would impress a second cousin or someone we worked with five years ago. Pimienta’s projected drawings and paintings helped bolster her monologues, with leafy plants, colourful patterns, curvy naked women, pouting girls and sex scenes drawn in panels.

Pimienta kept the audience laughing and cringing, proving adept at comedy and taking on another persona – one that draws from Pimienta’s usual sincerity, minus the political energy and self-awareness – to create a wholly relatable character who’d also be at home on a more traditional theatre or comedy stage.

She then swapped from theatre to music in under 15 minutes, trading her floral romper for sunflower headdress and playing a short set with her band on the other side of the room. She transitioned seamlessly from monologue to melody by singing an a cappella song over loops, before drums and keys kicked in.

Though curator Sarah-Tai Black had announced the band would play after the performance, half the crowd dispersed after “theatre” portion of We Are In A Non-Relationship Relationship ended, and the remaining audience members seemed lethargic until her third song woke people up.

Pimienta nonetheless gave it her all, playing songs from her forthcoming album Miss Colombia and imploring people to repeat and retweet news of the album, challenging us to think (and tweet) with the audacity of the white supremacists who’ve haunted her online. With her usual vibrancy, Pimienta shows her capabilities across artistic disciplines, leaving the audience wondering what on earth that jerk was thinking by stringing her along. 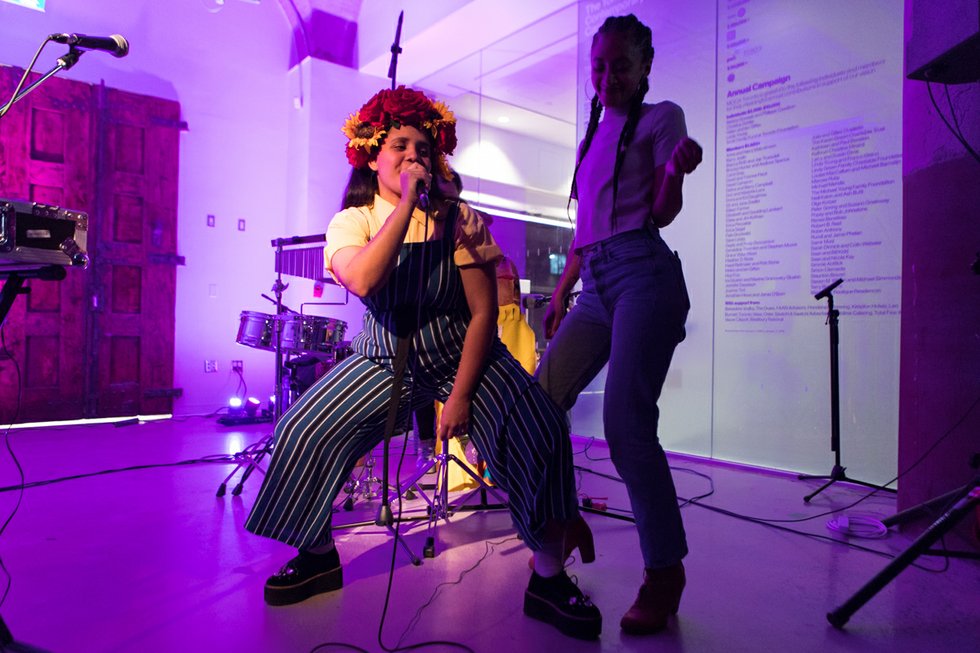 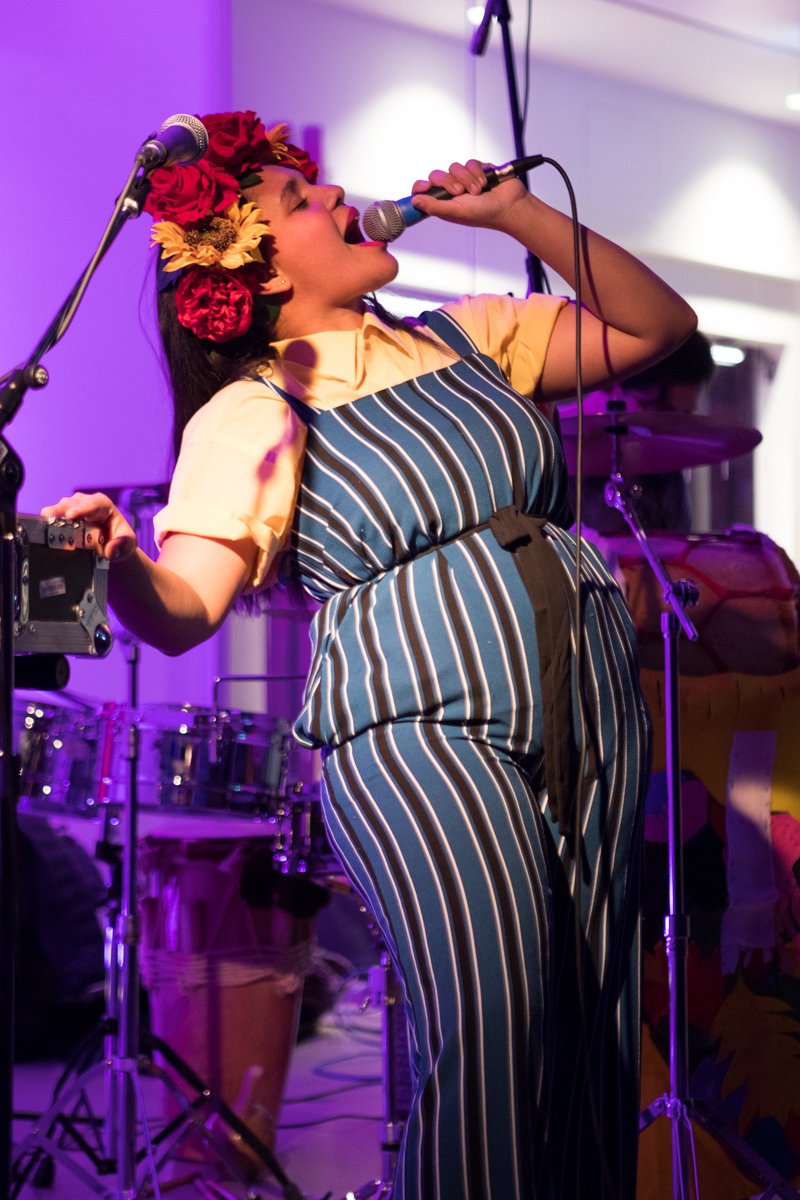