NOW MagazineCultureArt & DesignThe space between: artists explore the places where refugees get stuck

The space between: artists explore the places where refugees get stuck

In the exhibition Museum II, architects-turned-artists Novka Ćosović and Andres Bautista show how mundane spaces are altered by war and trauma 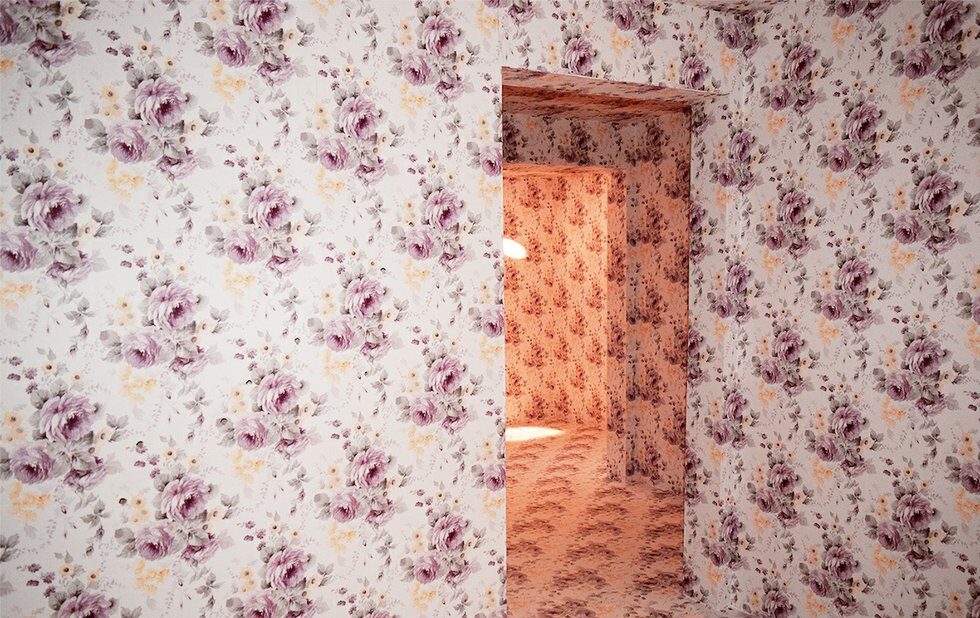 Watching the news and swiping through our socials, it’s easy to become desensitized to wars plaguing faraway lands.

An art exhibition is aiming to shake up apathy by transposing the harsh realities faced by refugees and immigrants into instantly familiar spaces ­.

Commissioned by Myseum of Toronto for the month-long arts event Myseum Intersections Festival, architects Andres Bautista and Novka Ćosović’s Museum II features two installations, Bedroom and Airport, that highlight the before and after effects of war by replicating banal spaces dramatically altered by war.

The pair don’t consider themselves artists – they both hold masters of architecture from the University of Toronto and primarily focus on renovations and redesigns, but apply their architectural skills in the arts when possible.

In Bedroom, an eerie shell of a corridor is plastered floor-to-ceiling with a welcoming floral wallpaper. The room is almost dizzying – it looks like the scene of a sniper shootout. Dark corners are interrupted with streaming rays of light from windows and giant holes, illuminating ribbons of bullet holes on the walls. At first glance, the holes appear to be part of the wallpaper pattern.

The exhibit represents a reality distant from our own collective memory in Canada, but the familiar space makes the impact of war that much more tangible.

The bedroom mimics Ćosović’s childhood memory of watching a video with her family of her great-grandfather’s house. Her uncle, a journalist at the time, had filmed the damages made to the house during the Yugoslavian Civil War in the early 90s, capturing a wallpapered home full of bullet holes.

“I thought it was wallpapered to the ceiling, and then as kid you start to dream about it,” she says. “I wanted to make this illusion like a hyperreality. I didn’t want to make a replica of it. I want you to feel infused by it.”

There’s no furniture in the room – nothing but wallpaper and holes – and it presents a social-media photo op many find hard to resist. 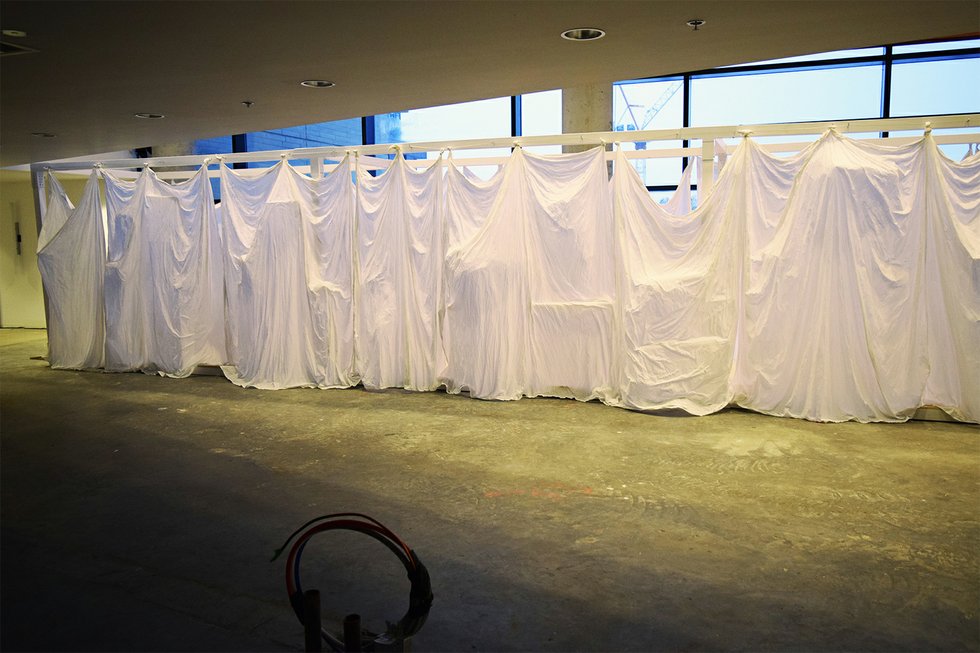 The second part, Airport, represents what happens when people escape their war-torn homes. Rows and rows of chairs replicate a waiting room, but something looks off. Sheets held together by pins are knotted onto a pole to form a makeshift shelter lacking privacy.

By focusing on a transient space that is changed from its original purpose, the installation highlights the living situations of refugees and immigrants trying to gain access into a new country.

“Airport depicts a communal space perverted by perfunctory efforts made to house, or perhaps to hide, refugee groups stopped and held in transit,” she says. “The installation is based on images of the corridors and hallways where people with their luggage and worldly belongings live behind bedsheets, separated from other travellers making connections.”

Ćosović’s family experienced the limbo of airport living, but Airport also has more contemporary resonance in the media images we often see of Syrians fleeing war and getting stuck in countries that do not want them.

“My relatives who were trying to run away from the war experienced that,” says Cosovic. They lived in an airport because they got stuck in customs in “a country that didn’t want to take us in right away. It wasn’t that automatic.”

This isn’t the first time the duo has built spaces altered by war trauma. In 2016, their installation The Museum at Nuit Blanche revisited a memory Ćosović has of swimming in a pool in Sarajevo, Bosnia, only to discover that same pool had been used to store corpses as a temporary morgue during World War II.