Museum of Contemporary Art to open on Sterling Road in May 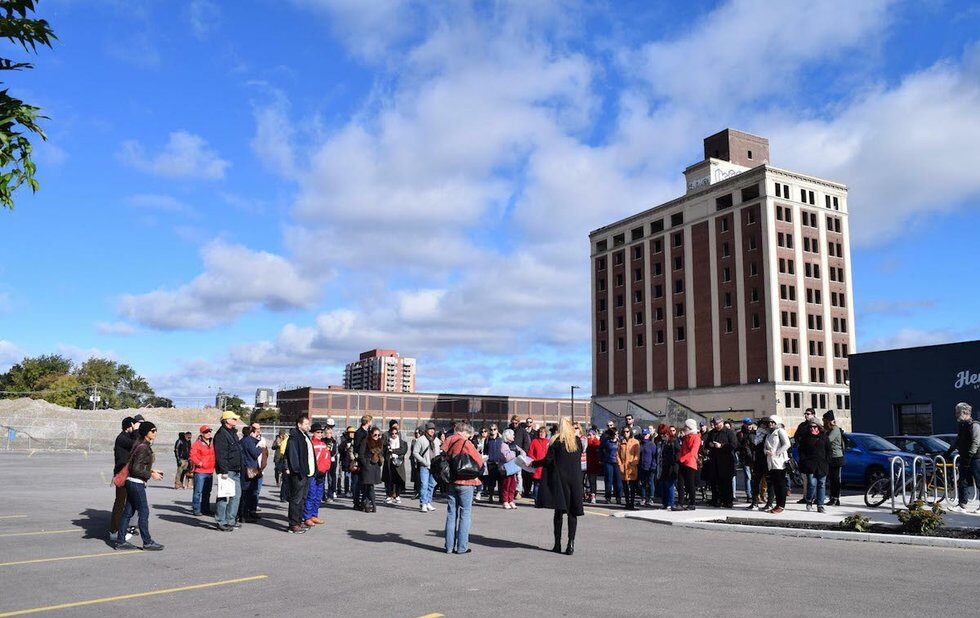 The Museum of Contemporary Art (MOCA) will reopen this spring in its new Sterling Road location with a show featuring work by some of the international art world’s buzziest names.

The group exhibition will “look at beliefs and systems that inform our values and behaviours while touching upon some of the fundamental issues of our times,” according to a press release.

Erizku is perhaps best known outside the art world for taking Beyoncé’s floral pregnancy photo (aka Instagram’s most liked photo of 2017). He then went on to stage first European solo show in London in April, the anti-Trump-themed Make America Great Again.

Kruger is the well-known American conceptual artist who recently made headlines when she staged a pop-up shop performance in New York City to clapback at Supreme, the streetwear clothing line that famously cribbed her iconic Futura Bold text on a red background for its branding.

Based on the west coast of Canada, Jeneen Frei Njootli is a Vuntut Gwich’in artist who uses performance, sound and textiles deconstructs traditional materials and techniques from her ancestry. She was long-listed for last year’s Sobey Art Award.

Others featured in the show include Jeremy Shaw, the Berlin-based Canadian who showed at the Venice Biennale last year and won the Sobey Art Award the year before late Ojibwe artist Carl Beam American Maya Stovall, whose Liquor Store Theatre vidoes exhibited in the 2017 Whitney Biennal Beninese installation artist Meschac Gaba, who has shown widely around the world and rising Toronto artists Nep Sidhu and Rajni Perera, among others.

The MOCA’s move to the Junction has been highly anticipated for the past three years.

Before Queen Street West gentrified with boutiques and condos, the strip was a hotbed for the city’s art scene and MOCA (then known as MOCCA, the Museum of Contemporary Canadian Art) became a prime destination for gallery hoppers after it opened near Shaw Street in 2005.

In August 2015, the gallery packed up shop with a plan to take over five floors of the 10-storey former auto factory in the Junction Triangle neighbourhood at 158 Sterling Road. The industrial area is fast becoming a desirable location for real estate developers. Last summer, the Drake Hotel opened its massive Commissary on Sterling, which has traditionally been home to artist and recording studios and DIY cultural spaces such as Unit 2.

Construction delays and management changes – Heidi Reitmaier stepped in as CEO and executive director in January – repeatedly pushed back scheduled reopening dates. But when MOCA returns this May, its 55,000 square feet of gallery and studio space will be five times the size of the old Queen Street location.

The fourth floor will comprise 20 affordable studio spaces for artists living and working in the Junction neighbourhood. For more info, visit museumofcontemporaryart.ca.