Can we talk about Nep Sidhu’s art, Sikh extremism and collective trauma?

While some find the Scarborough artist's Mercer Union show triggering, I see an opportunity for a much-needed and healing conversation 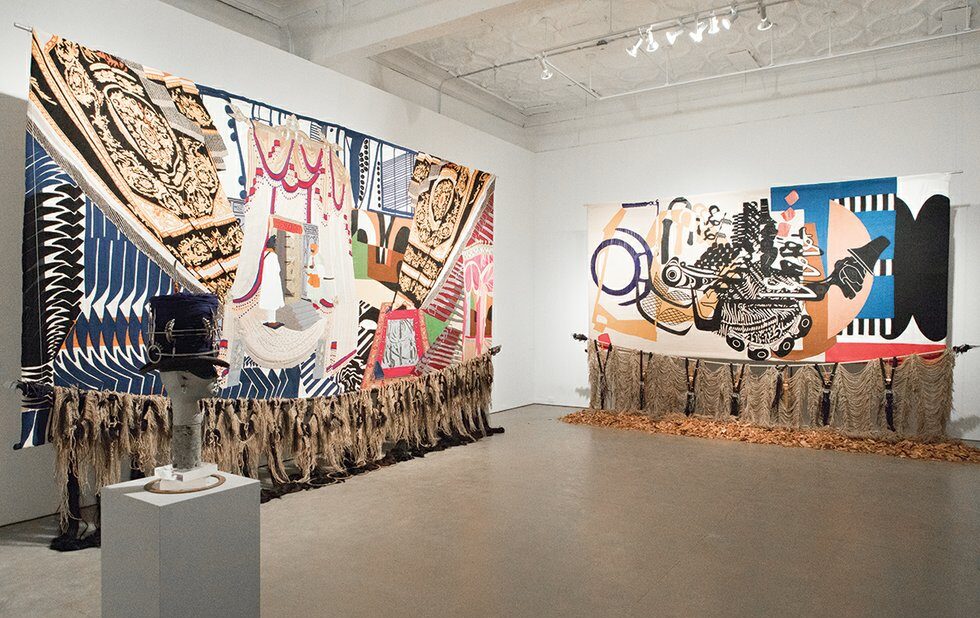 MEDICINE FOR A NIGHTMARE (THEY CALLED, WE RESPONDED) by NEP SIDHU at Mercer Union (1286 Bloor West). To March 23. nepsidhu.com.

Nep Sidhu’s art work is beautiful and it is painful. In his debut, solo exhibition, Medicine For A Nightmare (they called, we responded), Sidhu has attempted to memorialize Operation Blue Star, the government of India’s 1984 attack on Harmandir Sahib, the holiest of Sikh sites in Amritsar, Punjab, India. His sculptural pieces are poetic but, as in poetry, where missing words and punctuation allow for interpretation, gaps in the exhibition have caused polarized reactions among Sikh viewers.

Since seeing the show in February, I have been consumed by questions about a history I thought I was familiar with. I have an unshakable need to sit with my maternal grandmother, who passed away almost 13 years ago, and talk to her about the intergenerational trauma that we Sikhs carry. I felt immediate gratitude that Sidhu had brought the attack to life – perhaps finally we can have a much-needed conversation about our collective trauma. My need for healing has never felt more urgent since seeing the show.

But Sidhu’s work has also agitated folks in the community. Talking with friends and fellow queer Sikhs interested in the arts, some feel the show references the extremist Khalistan movement – explicitly and implicitly – without providing adequate context and history in its curation. Born out of a response to the Indian government’s oppressive treatment of Sikhs, the separatist movement was further mobilized by Operation Blue Star. It still exists in Canada and other pockets of the Sikh diaspora, but no longer in India. It has been labelled a terrorist organization and connected to the 1985 Air India bombing.

Though some look at Sidhu’s work and feel triggered, I felt a sense of relief – an opportunity to talk so we can heal our way into the future.

Working in collaboration with Nicholas Galanin and Maikoiyo Alley-Barnes, the artist produced eight pieces for Medicine For A Nightmare: two tapestries, three hand-formed supersculptures (bust figures), a large photograph, a concrete sculpture and a sound recording. Each piece uses myriad materials and techniques to mirror the layers inherent in the story of Operation Blue Star, which is part of a larger historical story often seen through multiple lenses and perspectives.

Sidhu ornaments the busts with metallurgy in the form of daggers and swords engraved with Sikh scripture. These are weapons but could easily be read as jewellery. A concrete sculpture incorporates soil taken from the Golden Temple and Scarborough, water and symbolic carvings that mimic adornments worn by Nihang Sikhs. What may appear to be beautifully intricate patterns etched into concrete with metal detailing are actually identifiers of an armed warrior class of Sikhs. The bottom edge of the tapestry is framed by macramé and human hair, which is sacred to Sikhs, sweeping the ground. (In Indian culture, sacred objects like hair, food and books do not touch the ground.)

In Seva, In Memory, In Practice, a large-scale image of steelware, Sidhu refers to the Sikh practice of seva – community service – to highlight a very basic element within the religion. He is celebrating the Sikh resilience that brought survivors through the trauma that was Operation Blue Star as well as highlighting the religion’s practical embodiment of justice. So in many ways, Sidhu is blurring lines and sending mixed messages. Is he subverting the Khalistan movement or revering it?

The truth is, history is messy. And the messiest part is that the separatist movement is not adequately critiqued in Canada. Our grandparents lived through India’s partition, which displaced many Sikhs, including my grandmother. Though many of our parents may have left India by 1984, the ramifications of Operation Blue Star were felt globally. Voices who spoke up for justice were silenced by the Indian government.

In her essay, curator cheyanne turions writes, “Sidhu’s practice is part of a continuum of material and memorial practices that seek to redress this massacre.” Sidhu wants us to remember and redress violence enacted on Sikhs. But what does redress mean? And, now that Sidhu has reminded us of our past, is he offering healing, too? For Khalistanis, redress means sovereignty in the form of a separate state from India named Khalistan.

In my living room hangs a print of the Singh Twins’ Nineteen Eighty-Four, a painting depicting Operation Blue Star. A central gold patch is surrounded by red-and-blue patches surrounded by many brightly clothed bodies in motion. They are fleeing a literal bloodbath. The print is a daily reminder. It wasn’t until I was an adult that I learned about the events of 1984 in India and the related Air India bombing in 1985 – still the largest terrorist attack against Canada. These two stories originate in the decades-long inter-religious conflict in India, but Canada has since hosted this separatist movement that is still based on violent language and ideology. The movement is alive in many gurdwaras across the country, including the GTA. This is not the Sikhism with which I was raised, nor is it the Sikhism in which many of us believe. But it is prevalent in Canada and so we must pay attention when it shows itself.

Whether Sidhu is commenting on or referring to Khalistan is questionable it is not explicitly named in any of the works or the related literature. But poetry is open to interpretation, and in exposing history, Sidhu has started a conversation. I pray it includes many voices, that it allows room for pain, offers healing, omits violence and ends in peace.

As uncomfortable as sitting with my thoughts has been, I also feel a great sense of calm. Finally, this massacre is out in the open. Go see this show. Once you have been submerged in the art’s grandeur and beauty, once you have swum in the memories in evokes, I hope you ask, “Can we talk about the problems with Khalistan?”