A new vanguard of Black female curators is rising

The Gladstone's Of Ourselves photography show is the latest Toronto exhibition to spotlight young, Black curatorial talent 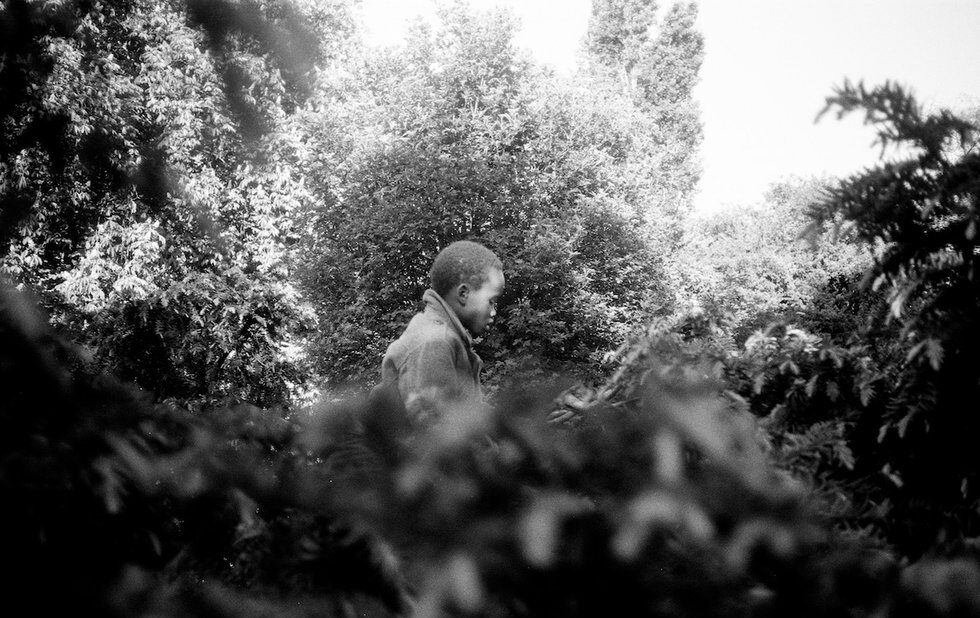 Members of Toronto’s art community have long lamented under-representation, but the numbers are in and they can’t be ignored.

Fortunately, a new vanguard of Black female curators is making its presence felt. Anique Jordan co-curated last year’s Art Gallery of Ontario (AGO) show Every. Now. Then: Reframing Nationhood, and the Royal Ontario Museum is in the midst of a major exhibition of African-Canadian art, Here We Are Here, co-curated by Dominique Fontaine and Julie Crooks (along with the ROM’s Silvia Forni).

On a more independent level, photography exhibition Of Ourselves features four Black artists and is running at the Gladstone Hotel from February 1 to 24.

Curated by young Black curators Emilie Croning and Hannah Traore, it’s part of the Gladstone’s yearly Black History Month collaboration with Wedge Curatorial Projects. Of Ourselves explores what sociologist W.E.B. Du Bois called “double consciousness” – the idea that people of colour have double identities because they must be constantly aware of how they are perceived by the prevailing culture.

Neva Wireko’s series of photos subvert dominant ideas about Black hypermasculinity. The men, dressed in durags and leotards, are posed vulnerably and evocatively. In Yannick Anton’s photos, a young boy surrounded by trees looks pensive. It suggests an inner turmoil, emphasized in black and white.

Neither curator, both 22, expected to put on a show of this scale until they started grad school (Traore graduated from Skidmore College and Croning graduated from Concordia University). “We feel like we’ve been given this incredible opportunity and wanted to extend it to people like us,” says Croning. “Sometimes people think there’s a whole community that’s trying to phase out another, but that’s not the case. It’s about making more space.”

“I don’t know if that opportunity [to display at the Gladstone] would have presented itself 10 years ago,” says Crooks, who became assistant curator of photography at the AGO last year. “When I was starting out, curators had to be uber-independent. If you wanted to do something you just found a space and you did it. You couldn’t rely on institutional support or support from the larger art world in Toronto because they stuck to a white status quo.”

Edmonds, curator at Thames Art Gallery in Chatham, got into curation in the 90s because she wanted to showcase artists not seen in mainstream galleries.

She doesn’t believe Black women are curating more now than in the past. The problem, she says, is that those earlier contributions were poorly documented. “It’s always been possible and it’s been done,” she explains. “It’s just that we have a short memory.”

She attributes that erasure to the lack of documentation of Black curatorial history in Toronto.

Frater, curator at the Ulrich Museum of Art at Wichita State University, Kansas, has noticed an “ethos of inclusion and diversity” among emerging curators that is deeply cemented in their practices.

It’s more than just a passing trend. Whether or not we’ve reached a tipping point, more voices from the margins are being included in shows at all levels and that’s partly due to the curators behind them.

“I want to be involved in allowing people of colour to go into a museum and see themselves by themselves,” says Traore. “I have a lot of little cousins. Art has been such a part of my life and I want them to see Black art as well.”

If Toronto’s art scene is going to remain relevant to people who live here, that ethos needs to become commonplace.

Of Ourselves runs February 1 to 24 at the Gladstone (1214 Queen West). The launch party happens Friday (February 2) at 7 pm, a panel discussion on February 9, and artist talk on February 20. See listing.