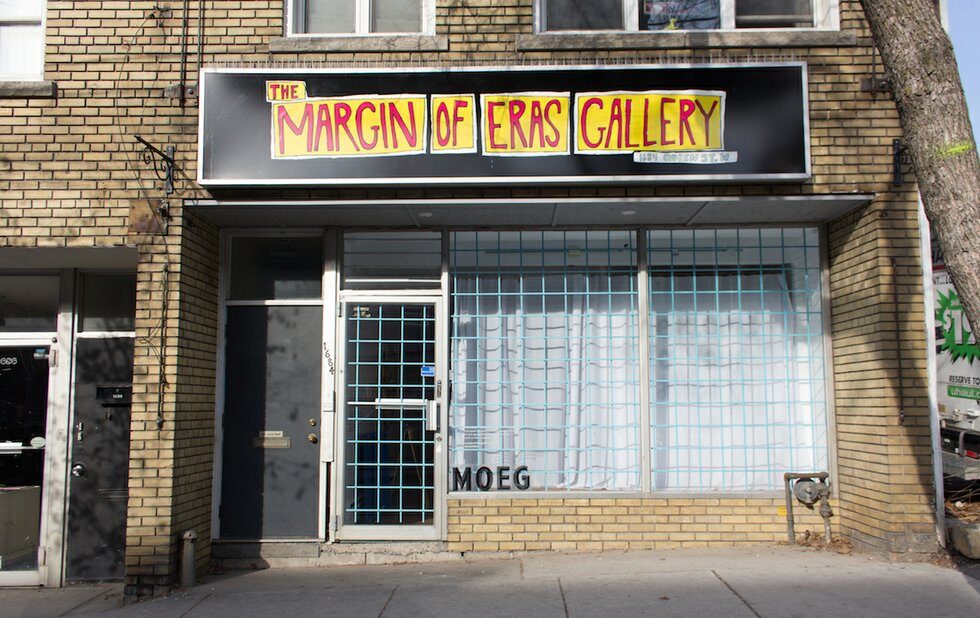 The Margins of Eras Gallery (MOEG) in Parkdale could face permanent closure unless its creative directors raise $75,000 by next month.

Run by the arts initiative CUE, the gallery is at risk of closing due to arts funding cuts under Doug Ford’s provincial government, as well as their ineligibility to qualify for grants that support operational costs.

This month the gallery launched the online crowdfunding campaign, Save the MOEG, with the goal to raise $75,000. That money would cover their basic operating costs of the 1,300-square-foot gallery for 2020, including rent, bills and other associated costs. CUE’s co-creative directors Jason Samilski and Zanette Singh say they need to raise the money by early January.

“In its 11 years, CUE has never had to appeal to the wider community for funding,” says Samilski. “But having seen the impact of the gallery, we felt like it necessary to put out this 11th hour attempt to see if we can salvage the space.”

In November 2017, CUE opened the MOEG gallery at 1684 Queen West (at Triller) as a space dedicated to showing the work of artists from communities that have been historically excluded within the arts. In addition to exhibition opportunities, CUE also provides funding and mentorship opportunities for artists who face marginalization and systemic barriers.

“It’s sad to say, but [that representation] is a rare thing,” says Samilski. “Audience [members] have said, ‘oh my god, I’m seeing myself and my community being represented in a gallery environment.’” 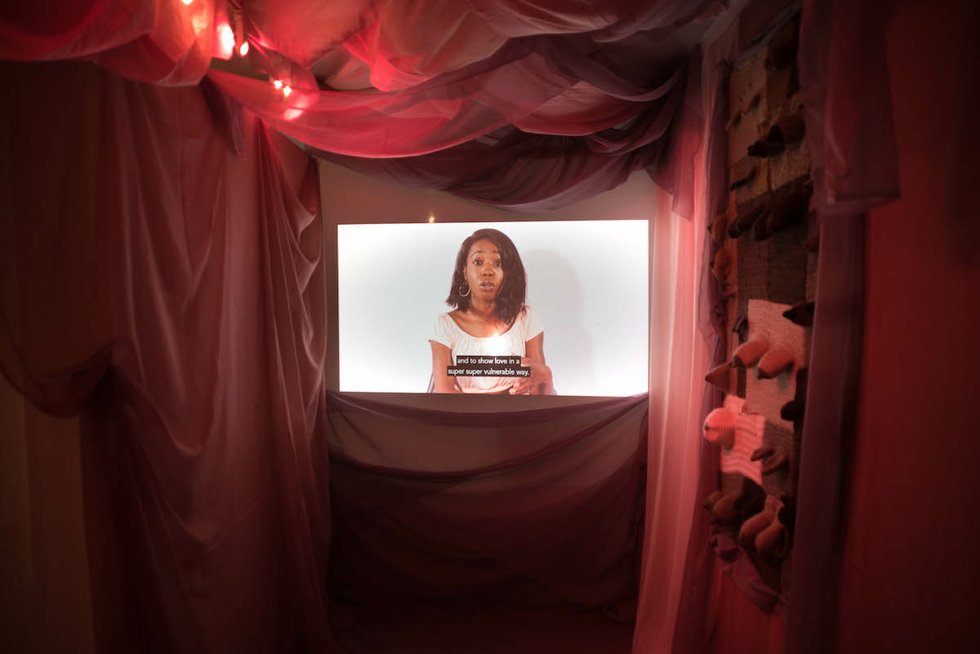 CUE has received grants the Ontario Arts Council and the Ontario Trillium Foundation, but because it operates on Sketch Working Art’s shared platform, it’s ineligible to apply for funding that would cover their operational costs from the city or province.

“Working under another organization’s charitable umbrella is a great model,” says Samilski. “It’s highly impactful and efficient, and it means we can devote the vast majority of our resources to our mandate. But it also means unfortunately that we’re unable to apply for or receive any kind of sustainable operational funding.”

In its two years, MOEG has produced over 70 arts and cultural events, presented the works of 360 artists and offered over 4,000 hours of mentorship and support for artists. MOEG has hosted visual arts exhibitions, writers’ and musician’ residencies and healing circles.

“CUE and MOEG is this whole arts and culture ecosystem where people get to curate their first shows, get their first grants and develop programming,” explains Singh. “This is a place where a lot of people of colour, queer and trans artists get to execute a lot of ideas and then move on to the larger sector. When we talk about inclusivity, people need to start in place they feel safe.”

In 2012 CUE gave visual artist Rajni Perera her first grant, who has since exhibited at the Museum of Contemporary Art as part of their inaugural group show, as well as had solo shows at Patel-Division Gallery and Project Gallery. CUE has also supported multi-disciplinary artist and Black Arts Union co-founder Timothy Yanick Hunter, rapper Just John and multi-disciplinary artist, Curtia Wright, who had her first solo exhibition at MOEG this past April. 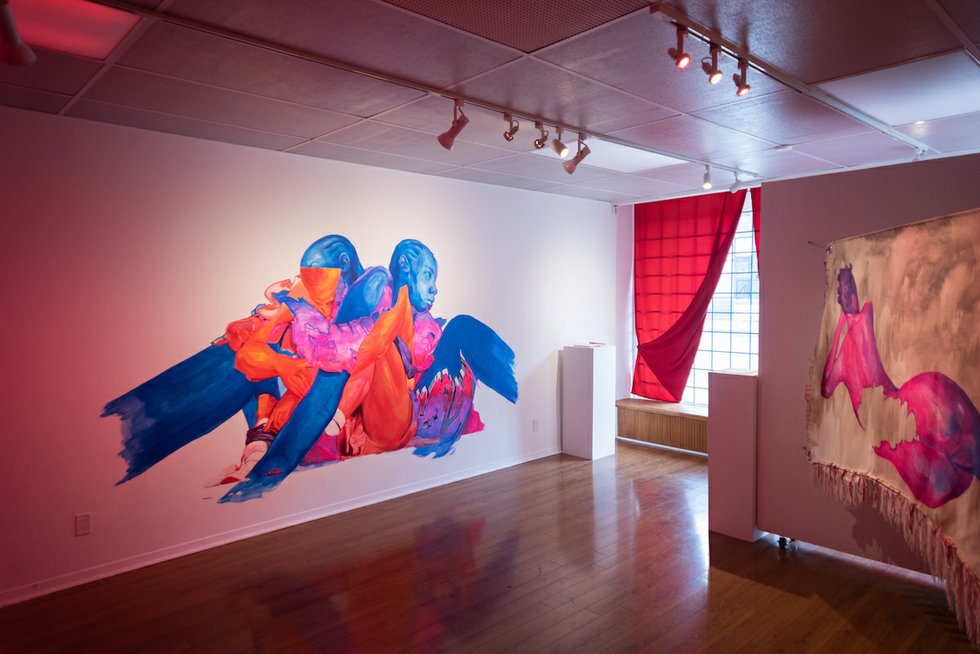 In her solo exhibition Through Rose, Curtia Wright explored Black femininity through her own relationship to femininity as a Black womxn.

“There’s a lot of talk, particularly in Toronto, about [needing] more arts funding. We want to see that too, but it’s also an issue about where that funding is going,” says Samilski. “If the majority of arts funding is going to conventional institutions that so often exclude marginalized people, audiences and communities, is that what we want?”

CUE has been advocating for more years for different funding models, but in the meantime, Samilski and Singh hope that the fundraiser will allow CUE more time to find more sustainable funding model.

“There’s such a lack of infrastructure in the arts, especially for individual artists [needing] real investment in their practise. It’s really bleak,” says Singh. “But losing the gallery would also have a huge impact for our audiences. It’s distinct from other arts spaces.”