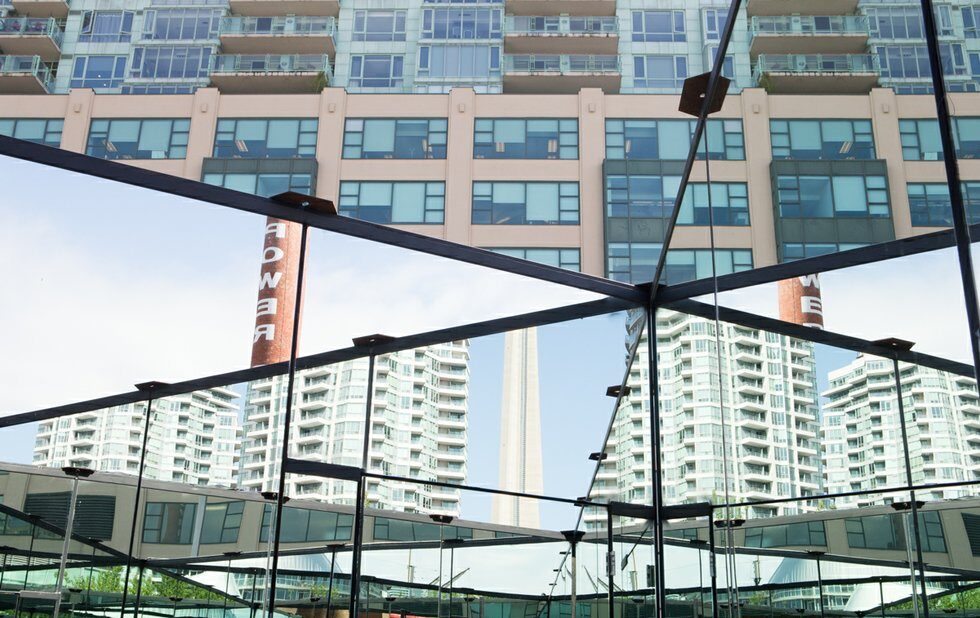 The 400-square-metre maze House Of Mirrors reconfigures the waterfront skyline.

Photo-friendly funhouses are starting to become a staple of city life. Ever since Japanese artist Yayoi Kusama’s touring Infinity Mirrors exhibition became ubiquitous on Instagram, modern versions of old-school amusement park attractions have proliferated – some are independent operations, others commissioned or programmed by art festivals and museums.

While selfie palaces like the recent Happy Place offer little more than an overpriced and narcissistic escape from everyday stress, Luminato Festival’s House Of Mirrors stands apart for the way it uniquely reconfigures the world around it.

Created by Australian duo Christian Wagstaff and Keith Courtney in 2016, the 400-square-metre reimagining of the classic mirror maze has been set up in 12 cities, but its North American premiere in Toronto marks the first time it has been surrounded by a tall buildings.

The maze is open-air, meaning changes in weather, light and the environment alter the visitor experience depending on when you visit. Located on the Harbourfront Centre grounds behind the cafe for Luminato’s 17-day run, the House Of Mirrors is instantly striking for how it reflects your image in unexpected angles. It’s made out of 55 tonnes of steel and silver-backed mirrors, which offer pristine depth and optical clarity.

“As we say,” explains Courtney, “it’s a shitload of mirror.”

After working as producers on large-scale corporate “activations,” Wagstaff and Courtney decided to create their own work as artists and conceived the House Of Mirrors as their inaugural project. “It felt like it was our time,” says Wagstaff, adding that the project happily coincided with the rise in public demand for participatory art. “I think [House Of Mirrors] resonates because there is no technology – something as basic as a mirror can create emotion for people. Strangers cross paths and they can band together to get out.”

“I get tired of the amount of technology we’re fed every day,” adds Courtney. “It’s not an activation. It’s not over-engineered. It’s also a bit like theatre as well – the experience is the relationship the audience has with each other.” 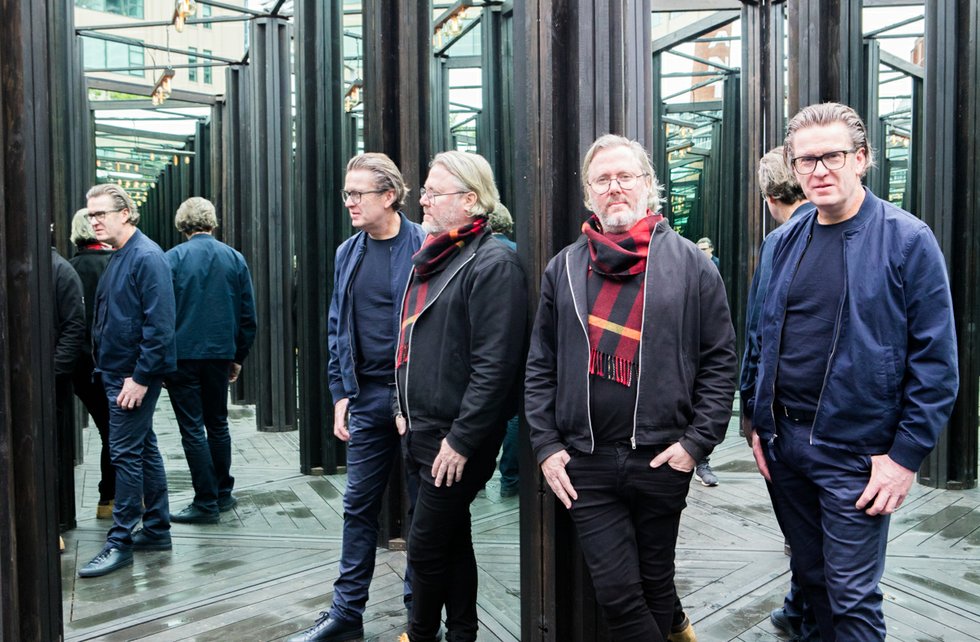 Christian Wagstaff (left) and Keith Courtney came up with the idea of House Of Mirrors in 2016.

Luminato organizers estimate it would take the average visitor 20-to-30-minutes to find the exit, and they don’t recommend stopping by on your way to a show – lest you get lost and miss curtain call. (Staffers in red shirts will be on hand to help anyone who needs to make a hasty exit, for whatever reason.)

When NOW visited for an early-morning press preview, only a handful of journalists, influencers and Luminato staffers were on hand, and the morning was overcast and damp. The vibe was icy and eerie the mirrors seemed to capture and hold the dull green of the surrounding condos in the air. The maze looked vast and empty, until your side-view reflection would walk horizontally in front of you. Or your might turn a corner and be faced with the back of your head walking down an infinite hallway.

Over the course of an hour, the sky cleared and blinding beams of sunlight created a disorienting effect. Something else happened: dramatically fragmented views of the nearby Power Plant gallery smoke stack, Queens Quay Terminal complex, the CN Tower and, of course, the waterfront’s curtain of cheap-looking condo-green glass, came into view.

House Of Mirrors is a fun escape that will surely attract visitors that may not attend Luminato’s pricier stage shows and concerts. But it also works as an aesthetic intervention into public space that creates a jumbling effect in an architecturally jumbled neighbourhood. 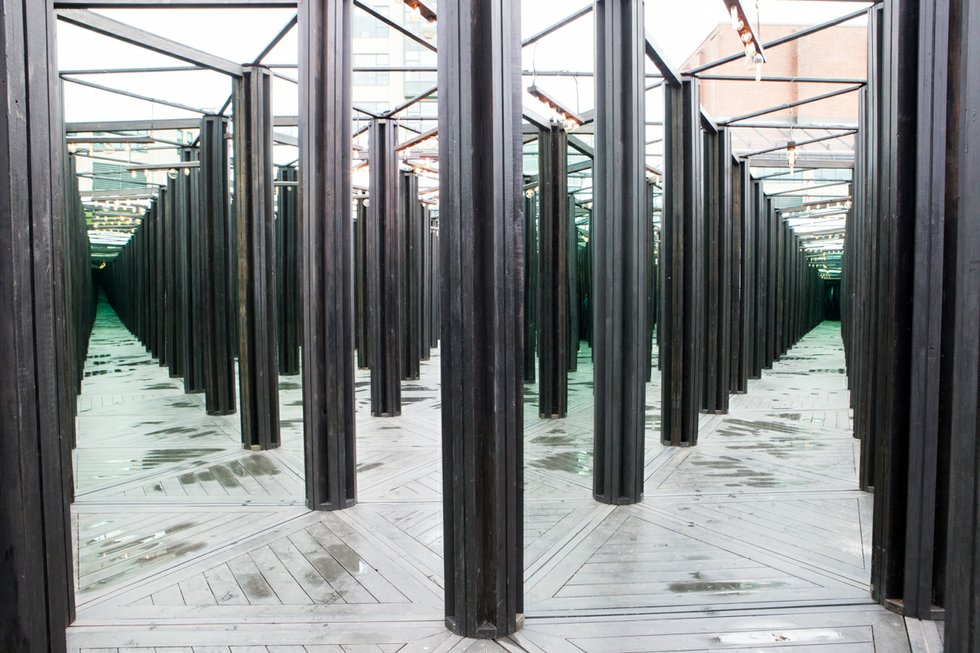 An elusive clean shot in the House Of Mirrors. 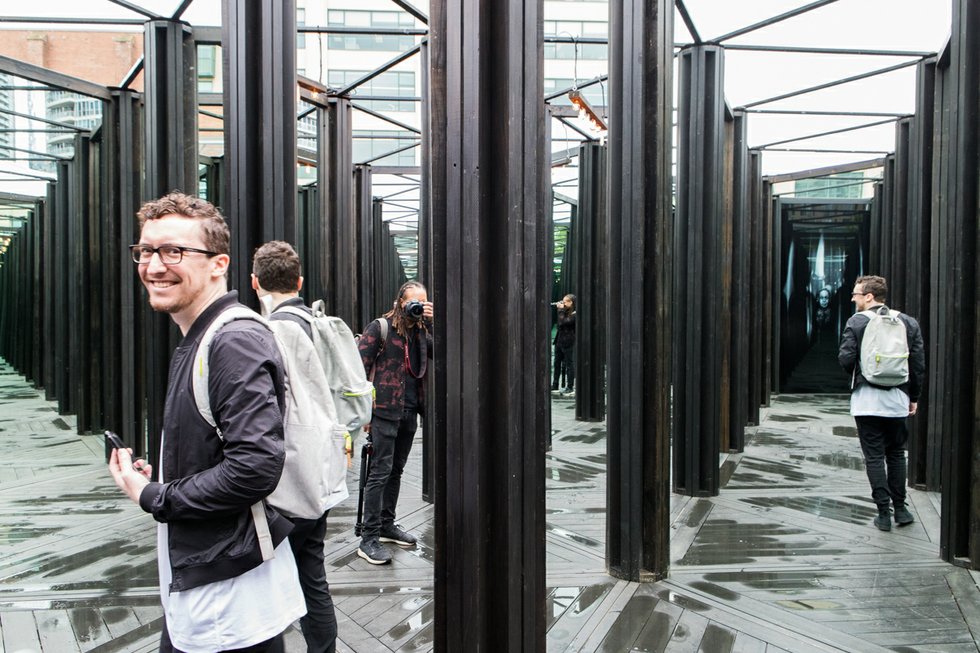 House Of Mirrors has all your angles covered – whether you like them or not. 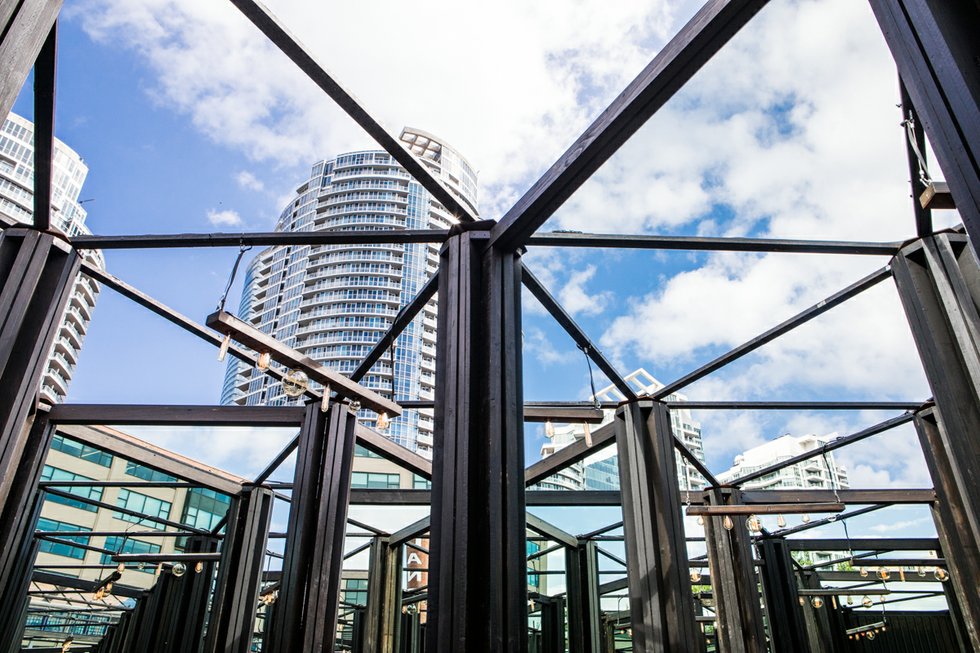 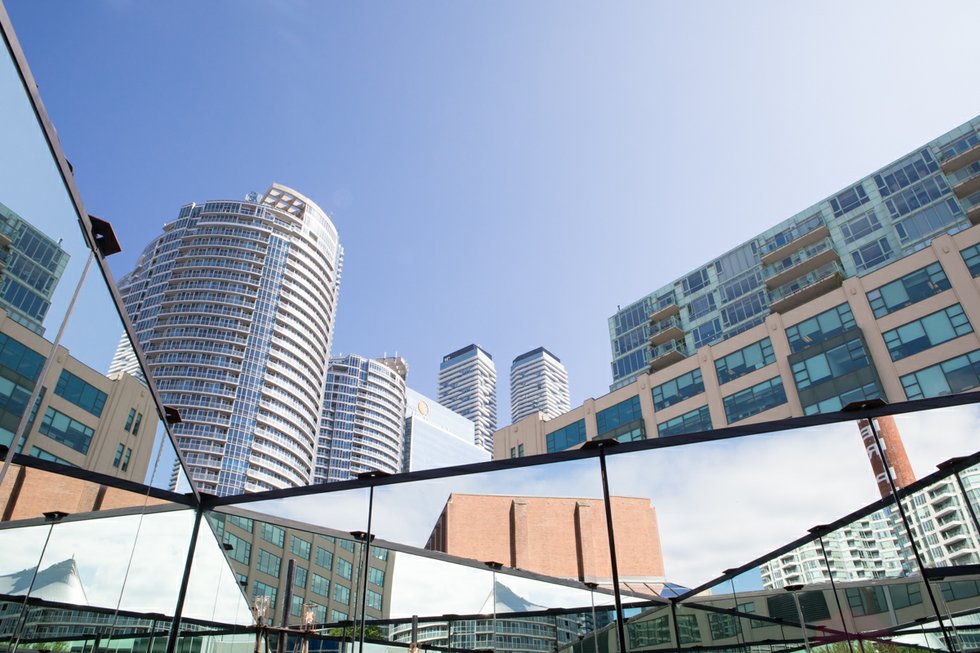 House Of Mirrors offers new perspectives on a neighbourhood considered to be one of the city’s least attractive. 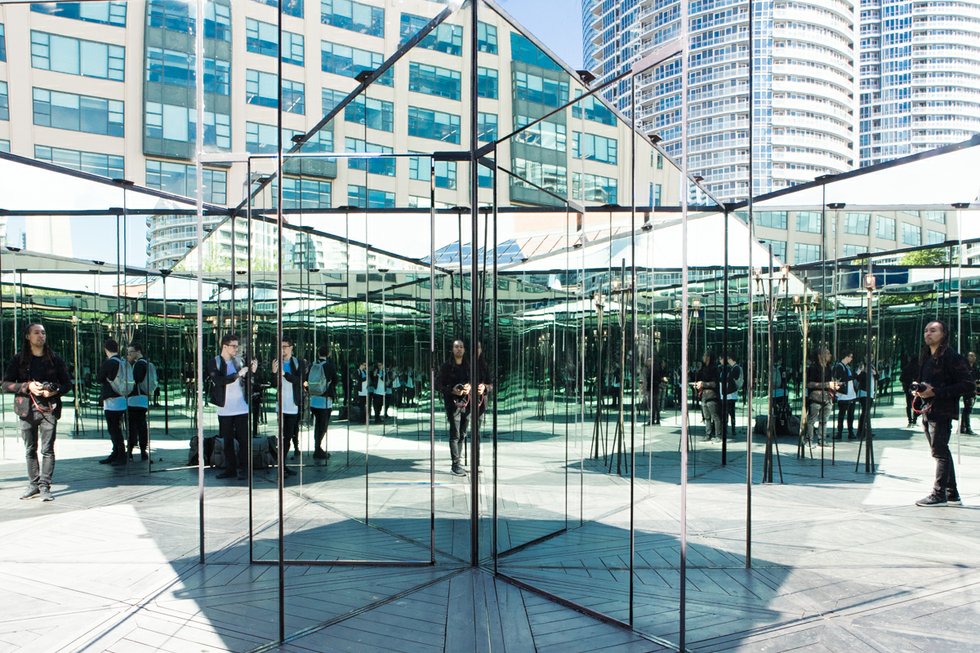