MODERNISM ON THE GANGES: RAGHUBIR SINGH PHOTOGRAPHS and #METOO & THE ARTS at the Royal Ontario Museum (100 Queens Park).. 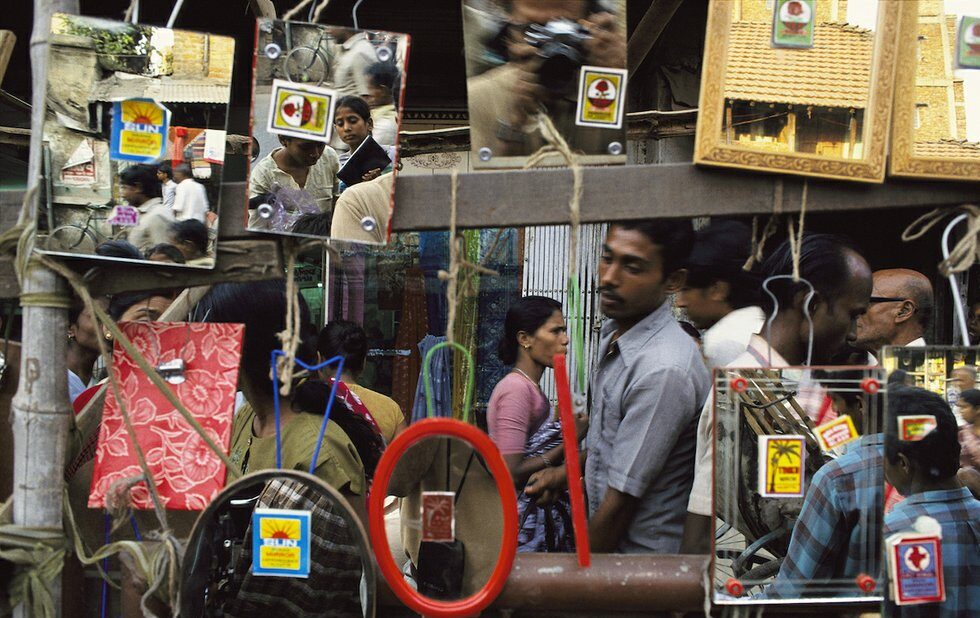 MODERNISM ON THE GANGES: RAGHUBIR SINGH PHOTOGRAPHS and #METOO & THE ARTS at the Royal Ontario Museum (100 Queens Park). To October 21. rom.on.ca.

Modernism On The Ganges, a retrospective of the work of late photographer Raghubir Singh, will be displayed at the Royal Ontario Museum with a giant asterisk.

Last fall, Brooklyn-based artist Jaishri Abichandani alleged that Singh had sexually assaulted her during a trip to India in the mid-90s while she was working as his assistant. She staged a silent protest at the Met Breuer, where the retrospective was on view.

Rather than affix a label to Singhs work that highlights the accusation or removing the exhibition entirely responses that other cultural institutions have adopted in dealing with problematic artists or artworks the ROM has mounted an attendant display addressing issues of power dynamics, sexual misconduct and gender inequity in the arts, which was done in consultation with Abichandani and an advisory council of leaders in the citys arts, cultural and advocacy communities.

Free to the public and on display near the Michael Lee-Chin Crystal entrance, #MeToo And The Arts focuses on how museums have been handling these issues in the wake of the #MeToo and Times Up movements, which have called for an end to sexual harassment and assault following a number of allegations against high-profile men in the film industry.

According to Deepali Dewan, the Dan Mishra curator of South Asian Arts and Culture, its part of the ROMs commitment to being an organization that is a centre for civic conversations, a place for difficult conversations about things that are relevant in peoples lives today.

We wanted to acknowledge the allegation that exists and help people not only talk about it but contextualize the larger #MeToo context with the arts, says Dewan.

As a timeline of news articles that span the displays central wall show, the art world isnt immune to these issues. Enlarged and graphically treated clips from outlets such as the New York Times, Huffington Post and the Guardian report on accusations against Singh, Artforum publisher Knight Landesman and American painter Chuck Close.

At the preview I attended, a couple of visitors were reading the HuffPo article on Singh in full, telling me they were unaware of the accusations against the artist. I didnt get a chance to ask them whether it changed their view of the work, but if it did theres a seating area an abstract wooden structure that provides space for such conversations. In her own words, Abichandanis accusation, as quoted in Huffpost, is printed and displayed on its own placard, while the term sexual harassment is used in broader contexts. The Canadian Press reported on Abichandanis disappointment with an earlier version of the display that purportedly used sexual harassment to refer to her experience. Throughout the room the perspectives of a host of voices from the arts and advocacy communities can be heard emanating from a video installation.

In it, ROM director and CEO Josh Basseches, while not excusing abuses of power, offers that just because someone was a bad actor, it doesnt obviate their role in our understanding of art, culture, the aesthetic experience…. Dr. Sara Diamond, president and vice chancellor of OCAD University notes the art canon hasnt always made space to talk about how work is produced and issues of power within the production of art work. And We Talk Women founder Kavita Dogra bluntly states the real question is how do you eliminate violence, not how you separate art from the artist.

All these perspectives meet when viewing the work of artists accused of sexual misconduct in the climate of #MeToo. They suggest that visitors require new approaches in receiving and interpreting these works. To continue advancing arguments like the separation of art from artist is unhelpful at best, and complicit in maintaining the status quo of toxic masculinity and rape culture at worst.

Art cannot be separated from the artist who produced it, and its precisely because issues of power play out in the production of work. Or as Dewan tells me: I dont think art work is produced in a vacuum. Its absolutely the result of artists and the times and the societies they live in.

After the allegation came out, I really started to look at the gender dynamics in the work and I started to think about how male photographers move around public spaces differently than women photographers would, says Dewan. Thats something that really stuck out to me and would apply to Singhs work but also the work of a lot of other street photographers.

The #MeToo and the Arts display is effective because its content is accessible, transparent and it raises challenging questions. Part of a museum or any cultural institutions struggle with how to represent problematic artists is in how much those artists have been lionized. Basseches is right when he says the misdeeds of a bad actor dont erase their role in our understanding of art, culture and the aesthetic experience, but what should be questioned is how weve been taught to understand those things in the first place.

Were primed to view art as a venerated space and those who create art as touched by genius or having talents that are rarefied, divine or otherworldly. The aesthetic experience should ultimately fill us with pleasure. Even when the route getting there is steeped in difficulty, theres the promise of catharsis. This is at the heart of why its hard to believe that beautiful works come from people whose behaviours are monstrous and why we feel it necessary to separate the two.

While viewing Modernism On The Ganges in the company of a ROM staff member, she remarked on how beautiful she found Singhs 1991 photograph Pavement Mirror Shop, Howrah, West Bengal. With its clash of colours and chaos, it is a striking piece. Its composition is brilliant as Singh frames an array of mirrors reflecting the crowds behind him while also capturing the passersby in front. His own reflection is at the top centre of the frame. The artist is in the art.

For me, an uneasy spectre hung over the retrospective as the accusations against Singh were always top of mind. I was resistant to the idea that I should be in awe over the works of this pioneer in colour photography, an artist who combined Western modernism and traditional South Asian aesthetics in a feat that he described in monumental terms: a point of view that stands on the Ganges side of modernism.

Or maybe this uneasiness could be avoided if we stopped idealizing artists and their work. If we acknowledged that art can exist in a sphere of violence, inequity and systemic oppression and within that environment its artists and cultural producers can be perpetrators. With that approach, we neednt be caught off guard or struggle with how to respond to their works when theyre found out.

If art springs from life, its time to bring it back down to earth.