NOW MagazineCultureArt & DesignWho has the authority to rename a problematic painting?

Who has the authority to rename a problematic painting?

The AGO recently retitled an Emily Carr painting with an offensive name, but revising a title originally selected by the artist crosses a line in some circles 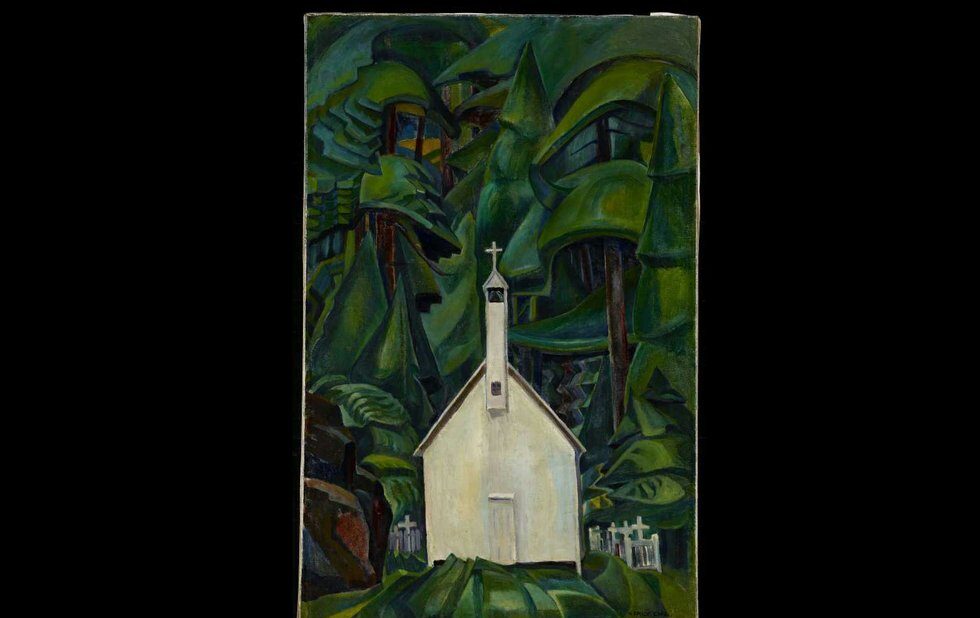 Courtesy of the Art Gallery of Ontario

On the Art Gallery of Ontario’s online learning module, Gerald McMaster, the former adjunct curator of Canadian art, considers the racist title of one of Emily Carr’s most famous paintings. In bold script, readers are posed a question: “If you were to reframe the term Indian Church, what name would you choose?”

Four years after the module was last updated, the gallery has answered: Indian Church is now Church At Yuquot Village.

Since the AGO’s Canadian and Indigenous Art department, led by curators Georgiana Uhlyarik and Wanda Nanibush, revised the name to remove ‘Indian,’ an outdated and colonialist term for the Indigenous peoples of North America, the usual debate around amending art’s problematic titles has ensued. Is it historical revisionism? Censorship? Political correctness?

But among the terms accompanying the debate, one that hasn’t been discussed is “shifting authority.” In this case: who has the right to use certain terms?

Before changing the name, the AGO consulted with the Nuu-chah-nulth First Nations. Carr first saw the church on the territory of member nation Mowachaht Muchalaht in a 1928 visit to the West Coast. The painting was first exhibited in 1929 with the title Indian Church, Friendly Cove, BC.

The AGO rested the authority of the name change with the community most directly impacted by it: the  Nuu-chah-nulth. It shouldn’t be underestimated how significant that is in a complicated debate that usually centres the artist’s or the institution’s authority over artworks with problematic names.

“The people of that territory were supportive of our changing the title,” says Uhlyarik. “The most important thing for me was that they wanted to be associated with the painting. Had they not agreed, we would have gone in a different direction.”

Worldwide, galleries are increasingly contending with offensive and dated language accompanying its works. In 2015, Amsterdam’s Rijksmuseum started the Adjustment of Colonial Terminology project with a goal to review over 200,000 titles and descriptions in the museum’s catalogue and replace them with more neutral terms.

Much of the work the museum acquired over time was untitled. In those cases, employees often labelled them using the racist language of the era. If the work was titled by the artist, the Rijksmuseum opts for a preferred title next to the original.

The AGO has adopted a similar approach, affixing a label with an asterisk next to the title of Carr’s painting that reads: “During her lifetime, Emily Carr exhibited the work with the title ‘Indian Church’ in keeping with the language of her era. The AGO is amending titles that contain terms today considered discriminatory.”

Revising a title originally selected by the artist crosses a line in some circles. In 2016, Paul Lang, then deputy director and chief curator at the National Gallery of Canada, told Canadian Art, “The only time we wouldn’t change a title is if it was the original title given by the artist.”

Uhlyarik stresses that Indian Church falls into the category of a descriptive title rather than the more creative, prose-like titles that Carr, also a writer, gave her works (and which Uhlyarik wouldn’t change). The revised title is equally matter-of-fact in its description, serving to specify a locale. When asked if Carr’s artistic freedom in titling her work is being trampled even with the distinction, Uhlyarik observes that “we’re attached to titles because we believe they open up some kind of way in for us.

“But my feeling is that the painting in and of itself holds all of the contradictions, all of the tensions, all of the issues, everything that Emily Carr aspired to, everything she saw and sketched and knew,” she continues, arguing that Carr’s artistic statement is preserved in the work and not, in this case, its unfortunate title.

The AGO will consider other works with offensive terminology on a case-by-case basis, Uhlyarik adds. No official policy is in place, and revising titles won’t always be the approach taken.

In the AGO’s learning module, McMaster writes about shifting authority. He notes that the church in Carr’s painting burnt down in the 1960s, but the Mowachaht Muchalaht rebuilt it in the 90s. They raised several totem poles inside the church as a sign of this shifting authority. The building now functions as a community centre, signalling that “First Nations now control their destinies, including how churches operate in their territories.”

The same goes for the church’s memorialization in paint. The AGO consulted with other stakeholders, including Carr scholars, but it wouldn’t have moved forward if the Mowachaht Muchalaht did not support the amended name, an affirmation that First Nations should lead the conversation in how their culture is depicted in artwork.

It’s appropriate that this shift has come via a Carr piece. There have been volumes written about the polarizing figure – a white artist who appropriated (or maybe you’re of the camp that prefers “was influenced by”) the culture of the First Nations of the British Columbian coast.

Much more could be written about how radical it really is for First Nations to have the authority to change colonialist depictions of their culture.