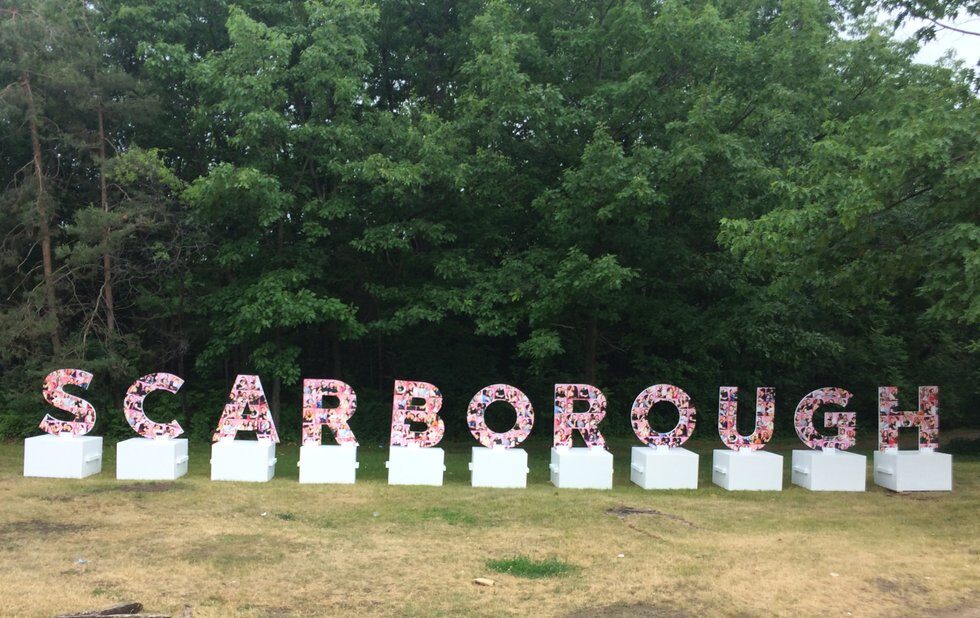 Scarborough has joined the ranks of key Canadian metropolises including Toronto, Hamilton and Ottawa, with the launch of its own public, city name sign.

Spanning 11 metres wide and standing 1.5 metres high, the sign was unveiled today (June 20) at its first locale, the University of Toronto Scarborough (UTSC), where it’s nestled among the tree line at the southwest corner of Ellesmere Road and Military Trail.

Spooner says that although his organization spearheaded the project, he sees the sign as being “owned by the community.” True to his word, the sign has a few components that make it a distinctly Scarborough product.

The first is my own observation as a proud Scarborough native. City name signs have blown up globally over the years, gaining popularity as touristy photo-ops. While Scarborough hasn’t officially been a city for the last 20 years, amalgamating into Toronto in 1998, try telling that to anyone from Scarborough.

Scarborough Arts and its UTSC and City of Toronto Cultural Hotspot program partners may not have intended it, but they’ve erected a big city sign in a place that defiantly refuses to believe it’s no longer a city, which authentically captures the community’s character.

Second, the sign is mobile. Recognizing that Scarborough is as geographically spread out as it is ethnically diverse, the sign will travel to six different locations in north and central Scarborough, staying for a month at a time.

Spooner says a mobile sign “disrupts the idea of the traditionally static city sign that is often in communities that are more well-off and have higher socio-economic visibility.” He emphasizes that Scarborough is characterized by many centres of cultural and civic activity and not just one as might be found in a typical downtown core. 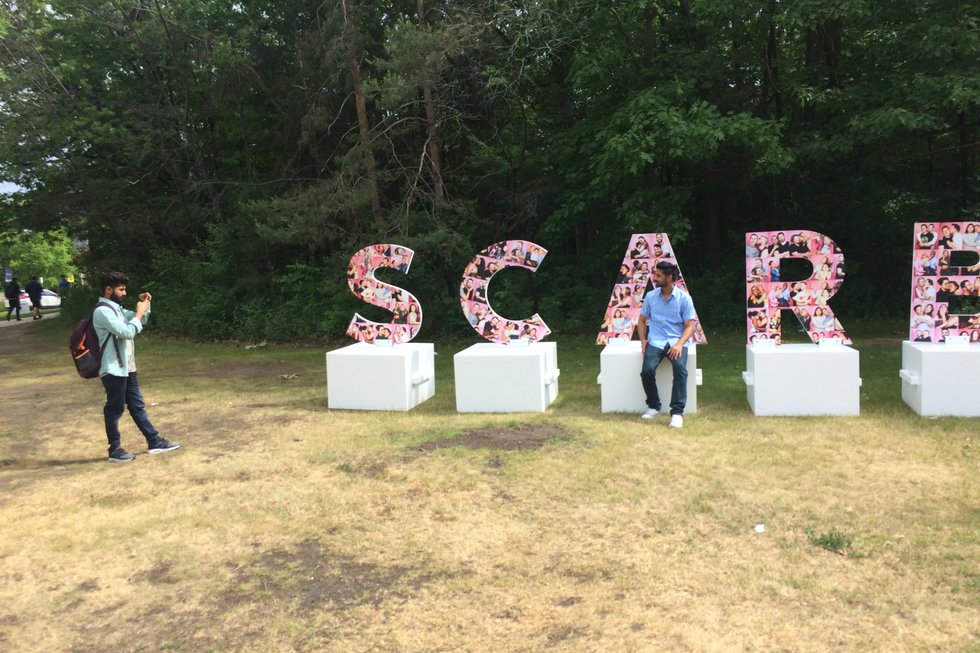 The sign, which was created by emerging designer Victor Wong, will travel to neighborhoods with different socio-economic levels, providing access to community members who may not have reliable transportation in Scarborough’s automotive heavy infrastructure. It will make stops at UTSC, Bridlewood Mall, Thompson Memorial Park, Burrows Hall, the Scarborough Civic Centre Library and the Chinese Cultural Centre of Greater Toronto.

At each stop, the sign will be transformed by a series of art activations. In time for Pride 2018, it currently is wrapped in a vinyl cover, featuring portraits from artist Adam Zivo’s #LOVEISLOVEISLOVE, a photography project celebrating LGBTQ+ love.

The sign will exist as a pilot project over the next three to five years. During that time, Spooner plans to launch a fundraising campaign with the goal of creating a larger sign on par with the Toronto sign in front of Nathan Phillips Square, which recently had a medicine wheel added to it in honour of National Indigenous Peoples Day.

He also hopes to give the sign over to the community by having local artists program the art activations in the coming years.

“As a local art service organization, one of the big questions we have is: ‘How do we really serve the vastness and completeness of Scarborough as a whole?” says Spooner. “It’s really important for us to be supporting up-and-coming artists, designers, painters and musicians.” 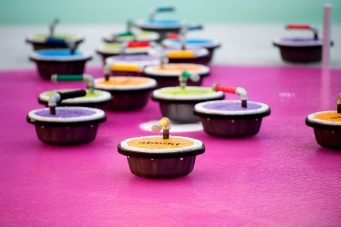