The rising Toronto director and photographer, one of Daniel Caesar's go-to visual collaborators, showcases his eye for order in a new art book 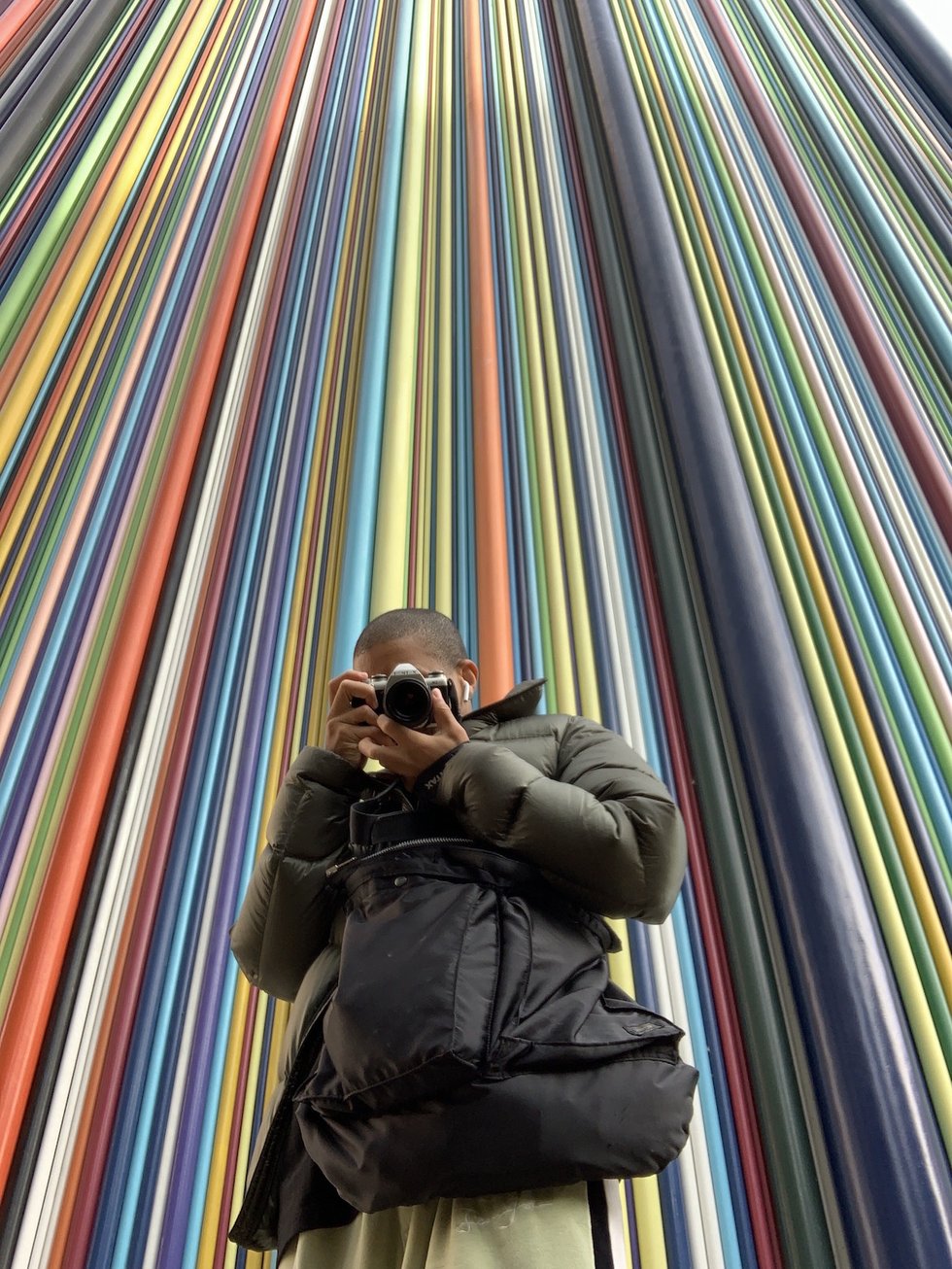 If you’ve watched a music video or looked at a record sleeve photographed by Daniel Caesar collaborator Sean Brown and wondered if the Toronto director and designer is a perfectionist, you would be a correct.

“How you do something is how you do everything,” he explains over the phone while en route to Value Village in Toronto.

Brown’s style is clean, symmetrical and heavy on dramatic architecture and landscape. He became an in-demand photographer after he and Keavan Yazdani created the visuals for Daniel Caesar’s breakthrough 2017 album, Freudian, and co-directed the music video for the local R&B musician’s Grammy-winning single, Best Part (featuring H.E.R.).

The minimalist aesthetic has carried over into his work for musicians Amaal, Jesse Gold and New West. For example, Amaal’s Iceland-shot Not What I Thought video begins with the singer dressed in black on a misty black sand beach before coming into sharper focus in a bright red parka on sun-dappled mossy hills.

Asked where this style comes from, Brown is at a loss.

“I can see things that are very specific,” he offers. “As a kid, I started noticing it in how I would arrange comic books or clean up toys. In my late teens, I started buying stationery just for aesthetic. I would set it neatly on my desk – it had nothing to do with school.”

This weekend, Brown will be on hand at the Toronto International Art Book Fair with In No Particular Order, his self-published photography book/travelogue chronicling his life and visual concerns since Caesar blew up three years ago. And despite the title, its spontaneously shot images are meticulously organized by colour. When you close it, the pages resemble a rainbow index, effectively turning his life into the kind of colour story he creates for musicians and commercial projects.

Though still based here, Brown spends a lot of time on the road – in the past few months he’s traveled to Paris and shot with Caesar in Jamaica. Unlike his client photos, which he usually shoots on film and then edits and colour-corrects, he captured the book images on different versions of the iPhone. Analog aesthetic has become trendy among influencers on Instagram, but Brown prefers to stay true to the medium he’s working with.

“If I want something to express the here-and-now, I’ll use my phone,” he says. “And if I want things to be about artistry, process and chance, I’ll use film. Both provide beautiful results.”

Brown is self-taught. He dropped out of high school in grade 11 and then dropped out of a private fashion school before launching his clothing line, Needs & Wants, six years ago. The emphasis on textbooks and theory in school didn’t work for him. “If I had learned in a visual way, I would have excelled,” he explains. “I would often get bad marks in art class for doing things that had nothing to do with what the teacher had instructed. It was about my free-flowing expression. I would get trouble for that.”

He moved around a lot as a kid, growing up in foster care and attending six high schools around the GTA, an experience he considers formative for his multi-faceted creative life.

“I was thrown into the world on my own so I was very curious,” he says. “When I’m in another country, I’m obsessed with being on my own and running around where I don’t know anyone. A lot of people would be uncomfortable in those scenarios but I embrace it.” 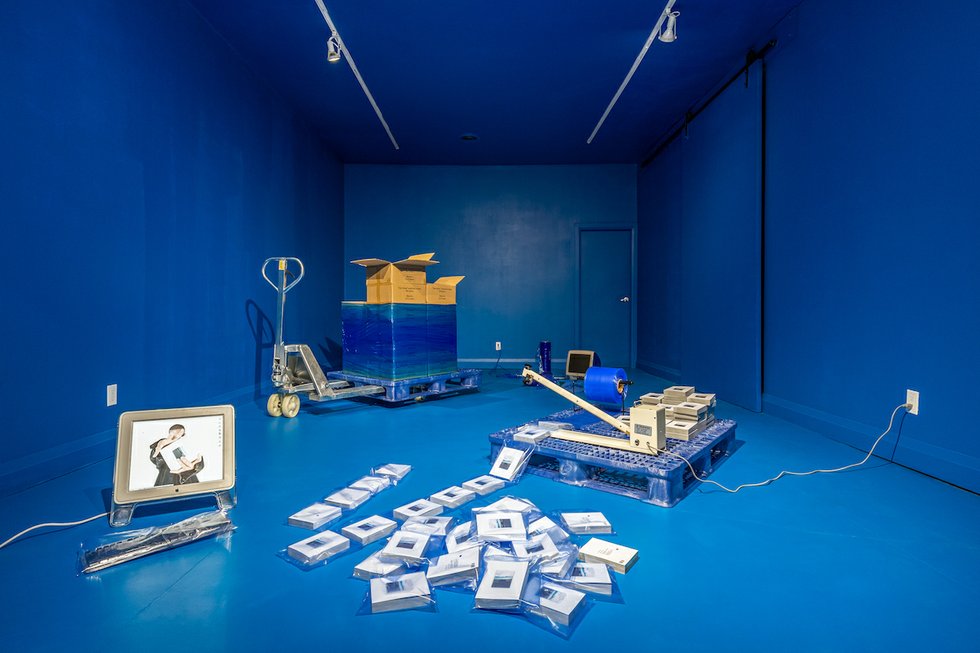 In addition to fashion, Brown has dabbled in eyewear, furniture design and art installations, including a pop-up display on Ossington that coincided with In No Particular Order’s publication. (He also plans on reviving Needs & Wants next year.) A personal project is what led Brown to Caesar, whom he interviewed for the second issue of a print newspaper he’d produced for Needs & Wants.

At the time, Caesar was this “new kid from Oshawa making music.” Brown instantly became a fan and the two clicked over their similar Seventh-day Adventist upbringings. A year later, Caesar’s producer/manager Jordan Evans asked Brown to co-direct visuals.

Caesar has avoided signing to a major label, meaning the team is free to act on creative impulses when they have them rather than wait for A&R and marketing people to sign off. “Independence makes for quicker decisions, pure decisions,” says Brown.

During a recording session for what would become Caesar’s second LP, Case Study 01, the musician came to Brown and Yazdani with an idea: he wanted to dress up as characters who do high-risk jobs: a boxer, a pilot, an F1 race car driver, an astronaut.

“Keaven has a grungier, more unpolished aesthetic. Together we get this beautiful mash-up of disorganization and organization,” Brown explains. “[For Case Study 01] we really understood that direction.”

In a way, the ghostly silhouette that wound up on the cover became a kind of merger of the digital and analog, candid and formal. It was a happy accident during a shoot in the Philippines.

“It’s something I could’ve done on an iPhone,” he says. “There was something about the way he was looking and the way the lighting was. In my head, the cover didn’t look like that,” he says. “This beautiful mistake that looks like Daniel’s fading away.”