In his ongoing series This Is Indian Land, the Mohawk/Anishinaabe photographer captures the broad range of ways Indigenous people are reclaiming culture 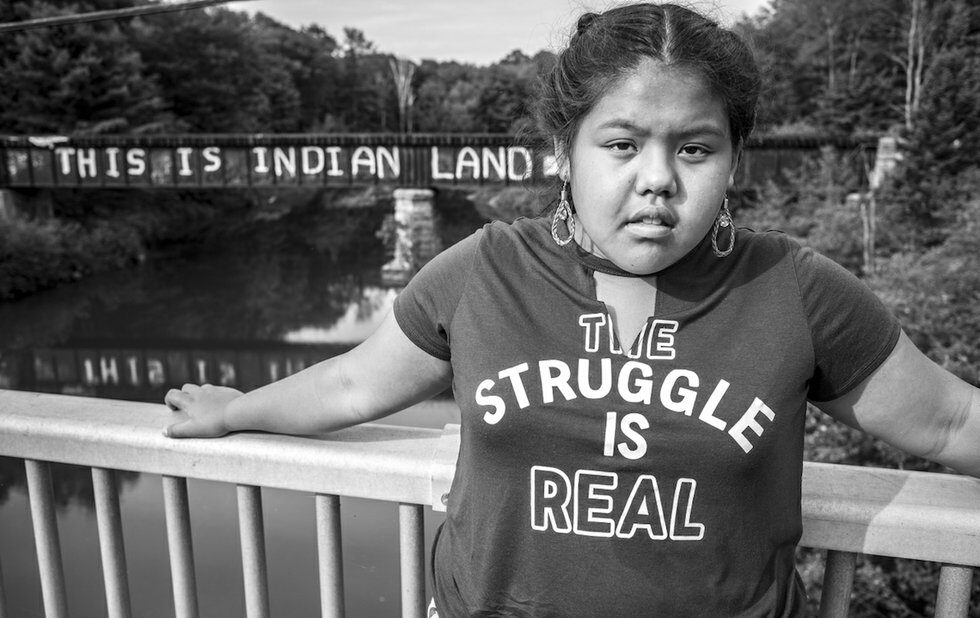 THIS IS INDIAN LAND by Stan Williams as part of Contact Photography Festival at Black Cat Showroom (1785 St. Clair West). To May 31. contactphoto.com.

“This is Indian Land” is a sentiment found spray-painted on many Indigenous communities across Ontario, but it isn’t one you’d expect to see inside a converted auto dealership turned art space and certainly not the name of an exhibition in the annual Contact Photography Festival.

Named one of NOW’s must-see shows during the month-long, city-wide event, the solo exhibit features 10 images from Mohawk/Anishinaabe photographer Stan Williams’s ongoing series that captures the work Indigenous communities are doing to preserve traditions, protect the land and showcase the strength of Indigenous people against the forces of colonization. Some of the photos include images depicting rallies and protests against injustice and in solidarity with Standing Rock. By shooting in high-contrast black and white, Williams hopes people with limited or no understanding of Indigenous communities and their issues will be inspired to dig deeper and educate themselves.

Photographers Without Borders (PWB) curator and content manager Kristi Giambattista put the show together with Williams, who believes there is a lack of photographers covering Indigenous activism and reclamation, especially those with the lived experience. His Contact show aims to fill that gap.

How did the exhibit come together?

Kristi Giambattista: PWB found Stan’s work and loved what he was doing. We wanted to help amplify the story that Stan is photographing. We reached out, applied for Contact, then we got this featured exhibit. Stan selected 10 of his images and we made a series out of that.

How does the show expand the way that people will see Indigenous people?

KG: A lot of people don’t recognize very common simple things, like the land that we stand on, live and proceed on, every single day. Saying “This is Indian land,” is a very easy way to target people who aren’t aware [of that].

Stan Williams: The forces of colonization are violent and one’s assertion as an Indigenous person and their rights and connections to their home lands and cultures is in direct opposition to this violent attack that plays out every day. When Indigenous peoples stand up and defend who they are and their connection to the land, they’re faced with serious repercussions.

The imagery in the show speaks to people’s resilience to assert themselves – that this is our land, regardless of any sort of outcomes or actions taken against them.

There’s a broad range of ways that our communities are doing that, whether it’s having protests in urban spaces, reclaiming cultural identity through artistic practices or learning their language. There’s one photo in the exhibition where people are practising tattooing as a cultural practice and that highlights that people are continuing to express themselves.

[Another] picture is of my niece standing in front of a bridge in my home territory of Garden River that says, “This is Indian Land.” That image resonates with Indigenous peoples no matter where you are, and also challenges non-Indigenous people’s understandings of the place that they call home.

We want to challenge newcomers, or people who have settled here, that there are responsibilities to live amongst these lands. There are historical treaties, there are Indigenous legal principles and laws that govern how we are to live on these lands and those things need to be recognized and need to make up the fabric of the communities who share these lands now. 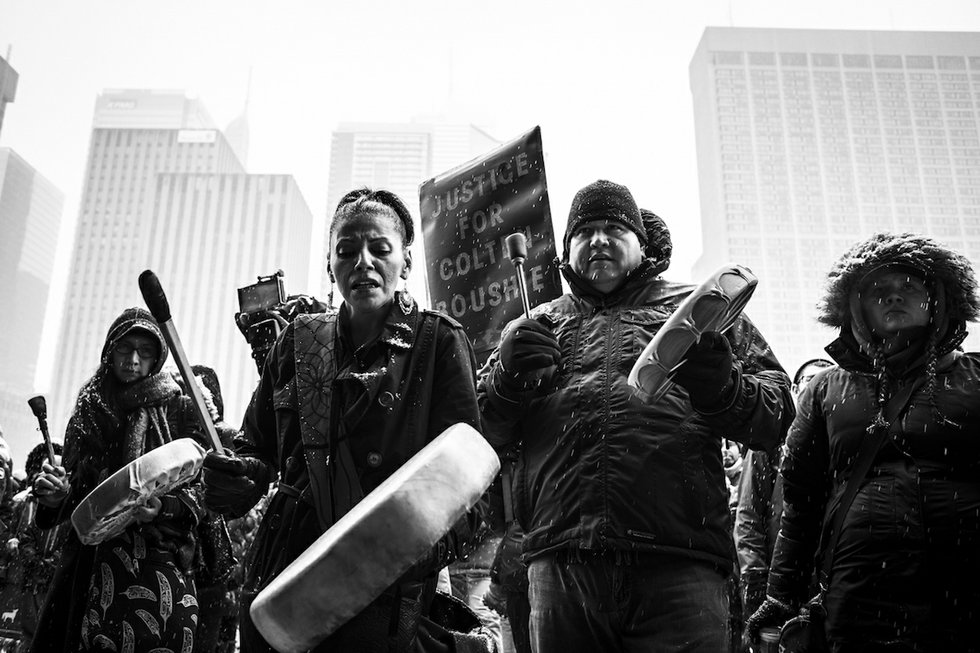 How does this show differ from other Contact exhibits?

KG: The show is touching on more than a theme it’s a way of life. I feel like our show is human-based. Every aspect of the show was curated in the sense that we’re talking about people with respect.

SW: A lot of these photos portray our communities and the work around community-organizing and being able to express the rights and needs of a community. For me, to be able to capture that and use the platform that I have to amplify the issue and voices as best as I can is the end goal in, and of, itself.

The common principle within Indigenous communities is the concept of reciprocity, so this [show] continues to amplify their struggles and the good work that’s happening in communities to the audience that will partake in Contact Photo Festival, and perhaps the broader community in Toronto.

KG: A little part of the show is about that give and take. We’ve created postcards – all 10 images from Stan’s show are on it, and the other side is his artist statement [with space] for people to fill out where you can state what you’ve learned from the exhibit, what you want to give back and acknowledge.

SW: As an Indigenous photographer or artist, it’s really important that we tell our own stories and share our stories. Working with PWB as well as the Black Cat Showroom, there’s been a really nice collaboration to support an Indigenous person telling an Indigenous story. That hasn’t always been the case when it comes to photojournalism and documentary work. We’re starting to see that more and more Indigenous people are reclaiming that space.