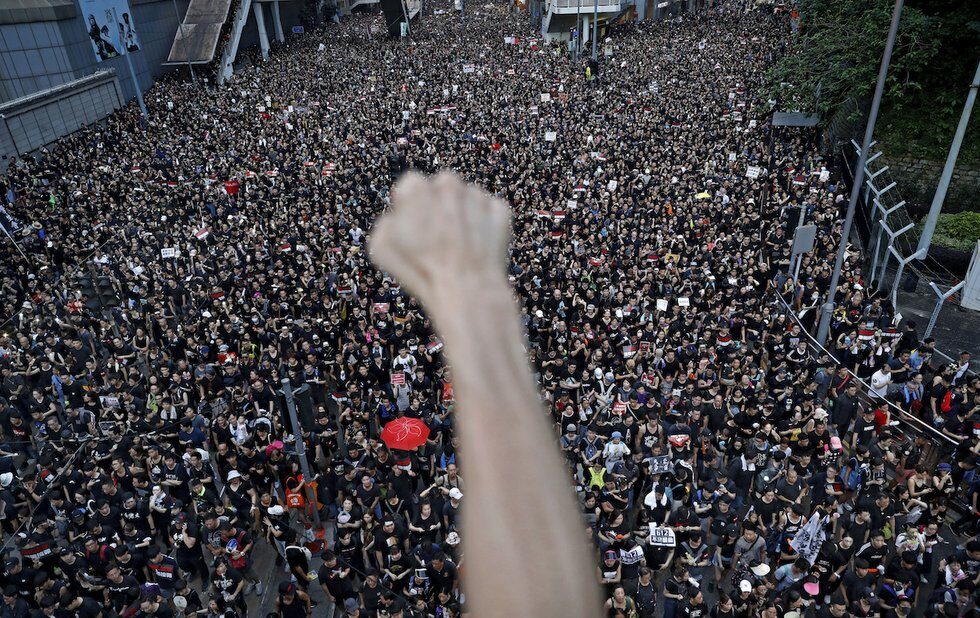 This past summer, Jade Wong decided she had to leave Toronto and go to Hong Kong. By the time the 28-year-old web developer packed her bags in late August, the city had been consumed by civil unrest for over two months.

Wong, who is among the one of the 98,000 Hong Kong-Canadians who live in the Greater Toronto Area, had been watching the protests from afar and wants Hong Kong to have the freedoms she felt she had in Canada.

“I felt so restless and helpless to the point where I was just like, ‘I’m going to go,’” she explains.

Hong Kong’s wave of protests began in March, following the introduction of a bill that would allow people to be extradited to mainland China. The government has said they will scrap the bill, but protests have intensified throughout the summer and into the fall.

In addition to the resignation of Hong Kong’s chief executive Carrie Lam, protestors will not accept any less than five demands: a formal withdrawal of the bill following the Legislative Council’s procedures, an inquiry into police brutality, a retraction of protestors’ classification as rioters, amnesty for arrested protestors and democratic reforms.

Wong packed a helmet and gas mask. During her week-long trip, she took part in various protests. On August 31, she found herself in a crowd running from cops. “I didn’t see them,” she says. “[Protestors] were just telling me to run,” she said. “As soon as I left the area, cops had arrested people.”

Thanks to the number of people in the crowd, she never felt any fear. “You’re surrounded by people who want the same thing as you do,” she says. “In that moment, it feels like this would make some kind of difference.”

Nevertheless, she recognized that this type of direct action was not for everybody and wondered how she could help mobilize Toronto’s Hong Kong diaspora to play a role in the movement.

Then she met Jay through a contact involved in a zine exhibit on the Hong Kong protests in early August. He planned on organizing a photojournalism exhibit with non-profit global network Stand With Hong Kong Journalists (SWHKJ). The idea was to show solidarity with journalists covering the anti-extradition law movement by bringing the conversations sparked by the movement to the rest of the world.

Wong volunteered to help and became Toronto’s SWHKJ chapter leader. “Everybody has their role to play,” she says. “And I think mine, at this point at least, is to do it through art.” 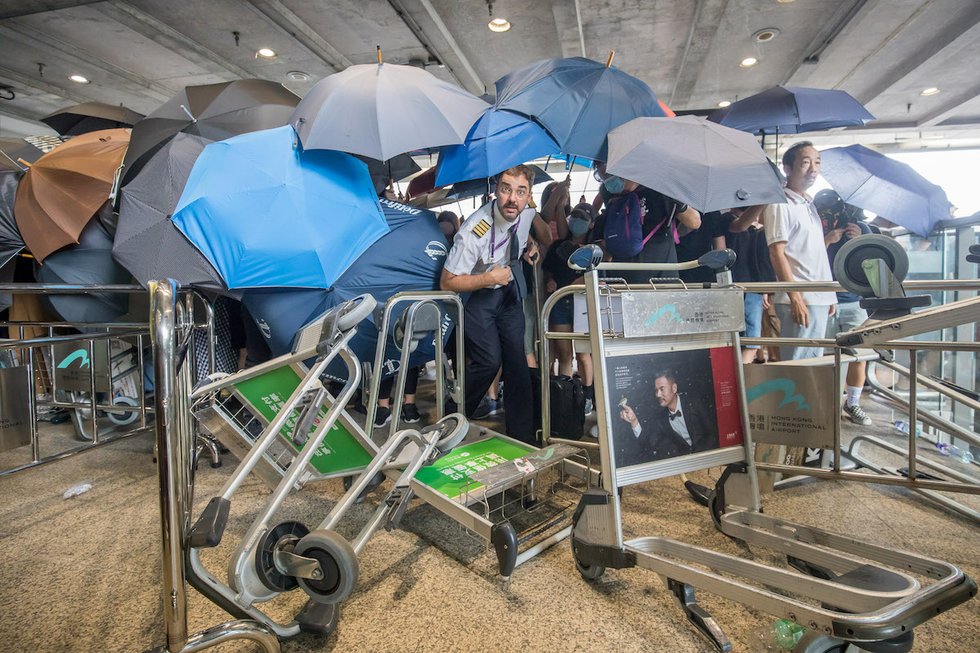 The exhibition Stand With Hong Kong Journalists, which opened in Black Cat Artspace on October 31, consists of 108 press photos taken by 12 front-line journalists in Hong Kong.

Jay, who is based in Hong Kong, says he’s not using his real name in order to honour the collective effort of planning the exhibition.

The exhibition sheds light on the risks that journalists take to cover the increasingly dangerous story. Melody Wong, a Hong Kong-based journalist who creates social-media videos for online publication The Stand News, travelled with the exhibit to Toronto. She told NOW she was injured by two pepper-spray projectiles while covering the protest Jade Wong (no relation) also attended. She says it was actually a citizen, not a police officer, who assaulted her.

Coming out to Toronto offered Wong an opportunity to get a sense of how Canadians felt about the movement. She also wanted to share challenges she has faced as a front-line journalist. “There are complex dimensions [to protecting] the protesters or reporting to keep our credibility,” she says.

Her experience speaks to why the organizers wanted to curate a balanced exhibit. The show depicts peaceful sit-ins, escalating violence and the scale of the protests and tactics deployed by authorities on the ground. The photos do not have accompanying captions so as not to influence visitors’ perceptions, while simultaneously forcing them to question their assumptions.

Jay says photojournalism and art can act as a bridge between differing viewpoints among Toronto’s Chinese diasporic population, which continues to evolve and includes more people from mainland China.

“One of the photojournalists [said] there is a sort of ambiguity inside an image,” Jay says. “For example, you see a picture of a police officer arresting a protestor. You might say, ‘Oh, that’s police brutality. That’s excessive force.’ But the opposite side might say, ‘Oh, that’s the bravery of the police. They’re enforcing the law.’”

A testament to Hong Kong’s diaspora size and global reach, SWHKJ plans to travel to Taipei, Tokyo, Seoul, Costa Rica and Hamburg. The organization also has a show up in the World Forum for Democracy in Strasbourg, France and recently held one in Zurich.

Figuring out how diasporic Hong Kongers in Canada can contribute to the movement is something Jade Wong continues to grapple with, but using art to step up feels right. It’s a far cry from three months ago, when she wasn’t sure if she should even go to a street protest.

“I was like, ‘Will they even accept me?’ It’s such a privilege to be like, ‘I’m going to leave now,’” she says. “But the people who I’ve talked to are very thankful for any message we can help spread. Our role is just being the messengers of the realities that they’re facing.” 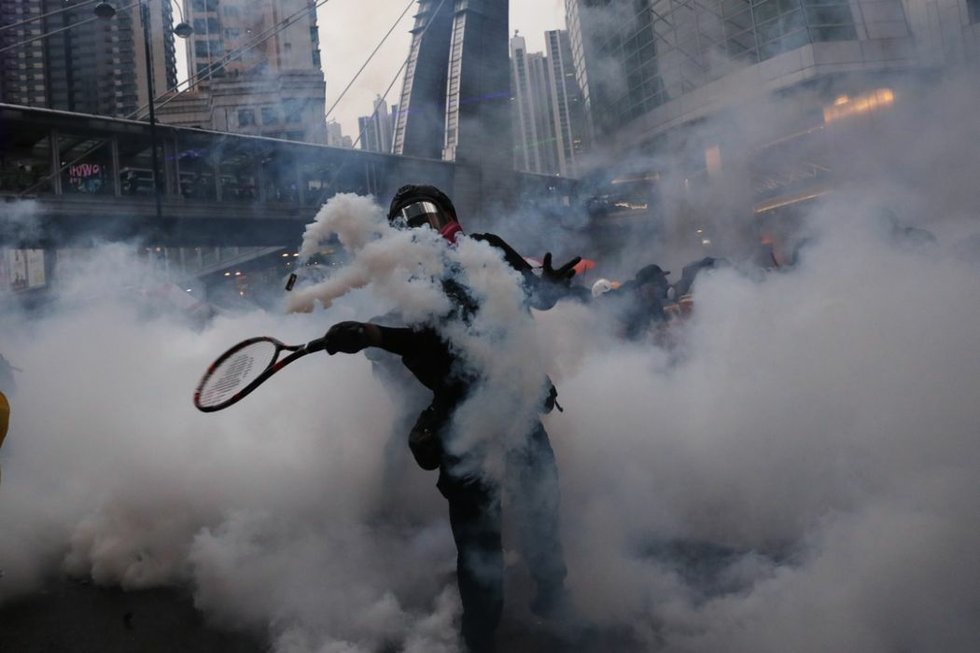 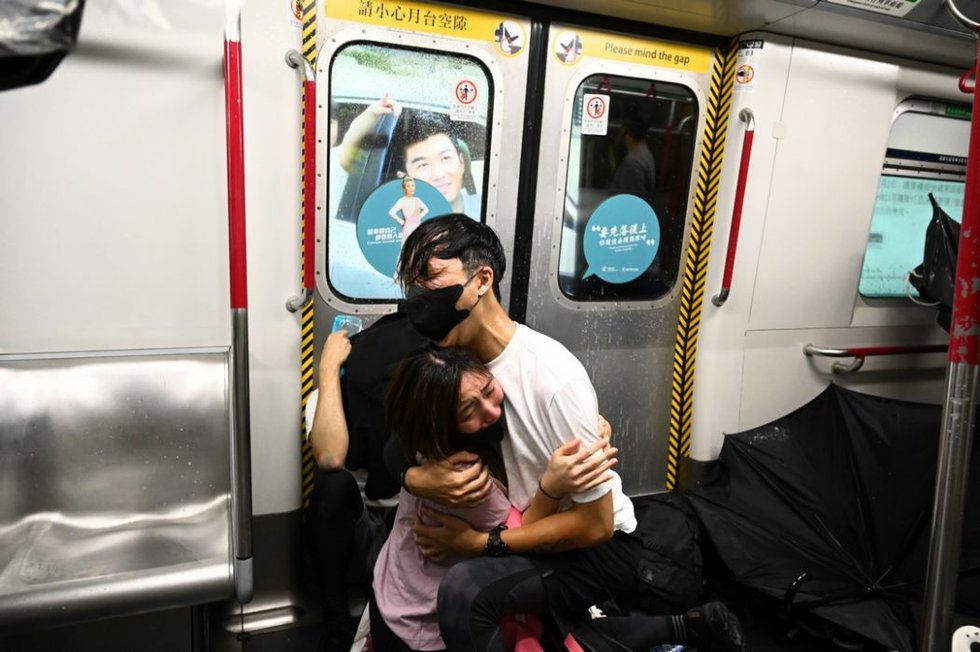 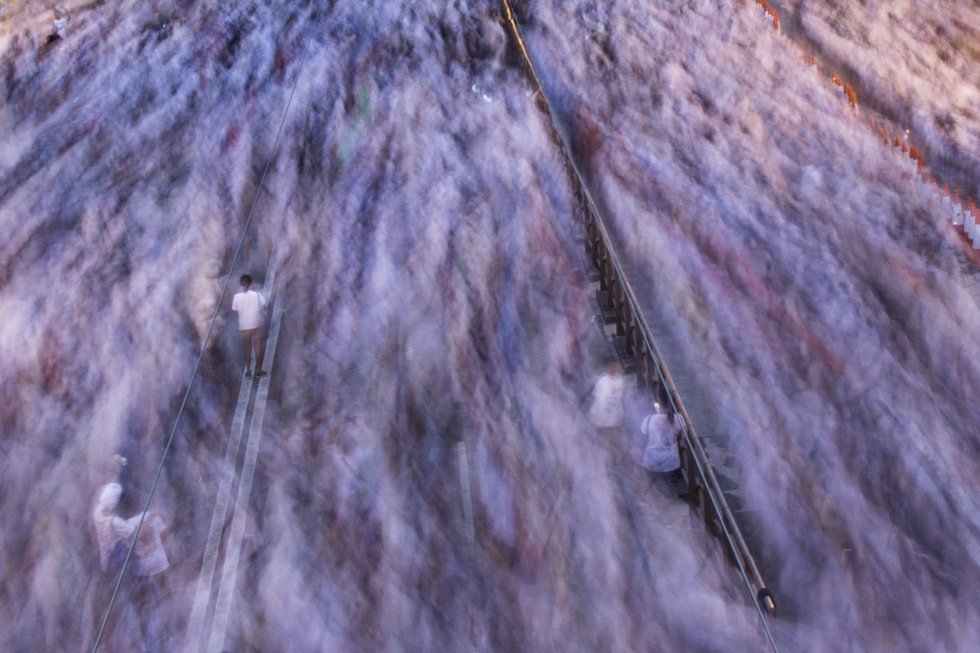