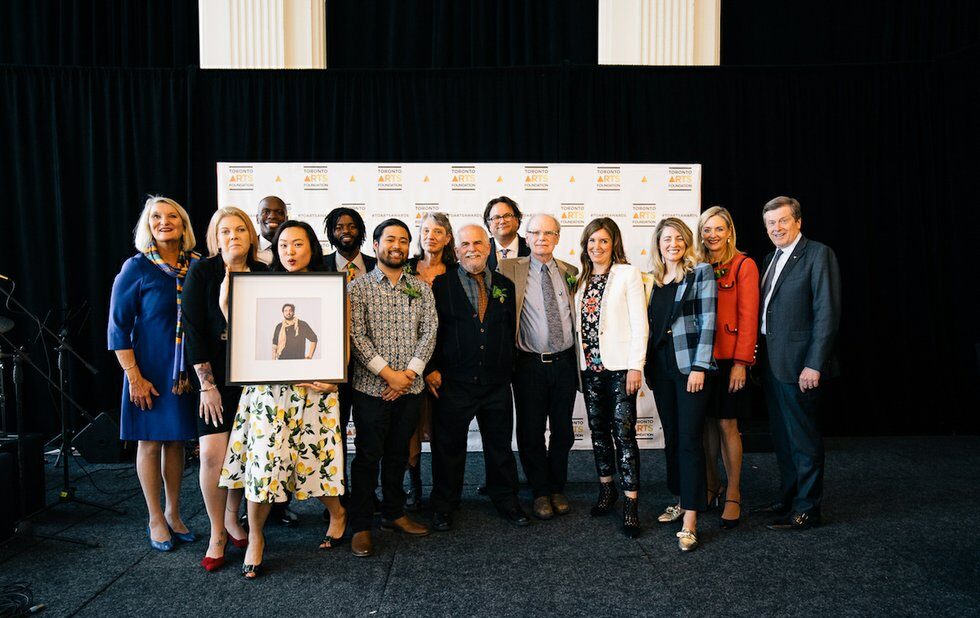 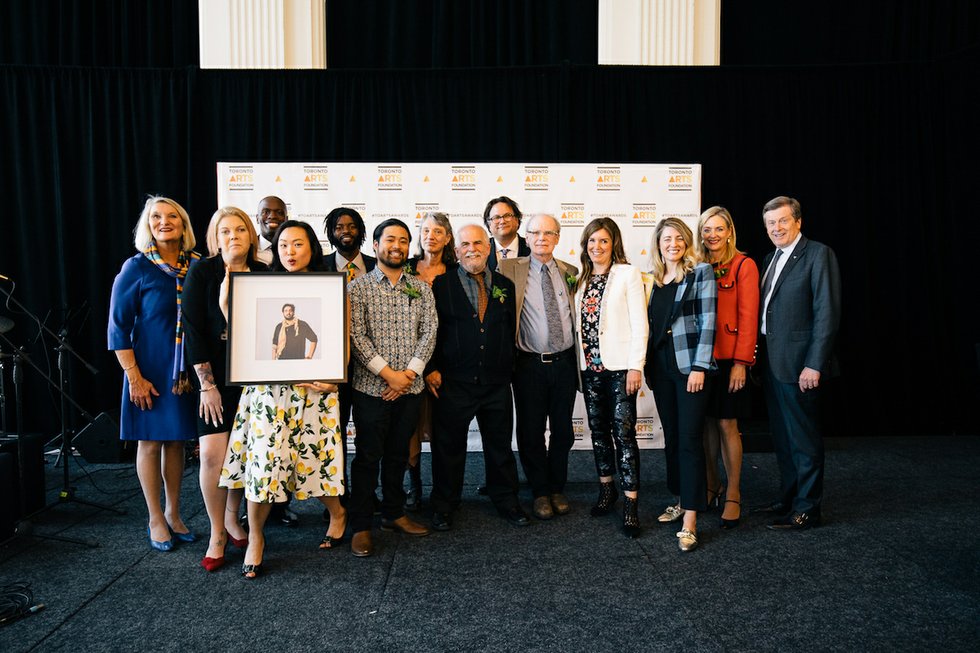 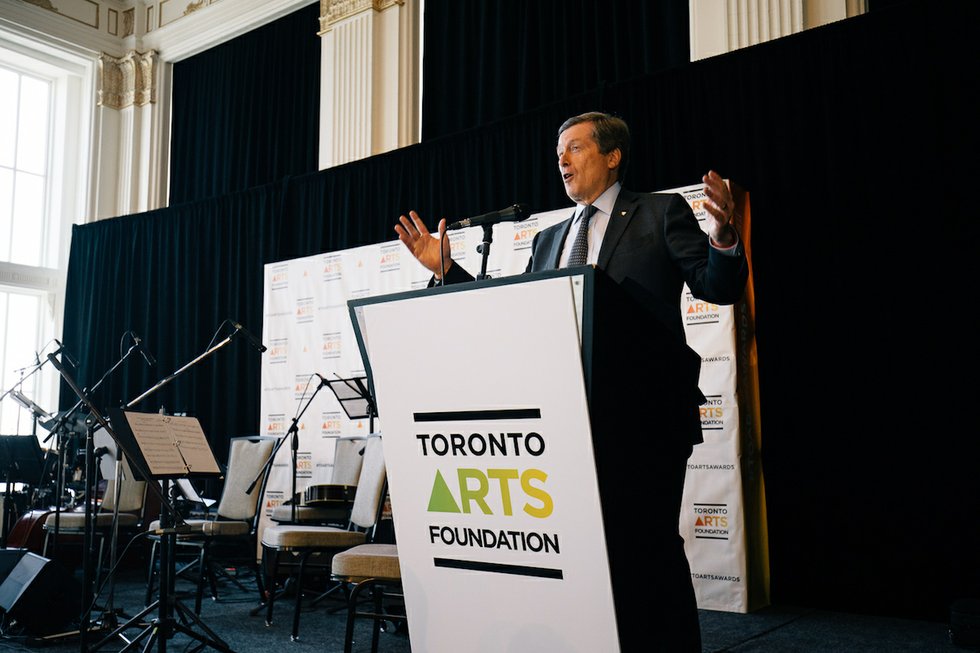 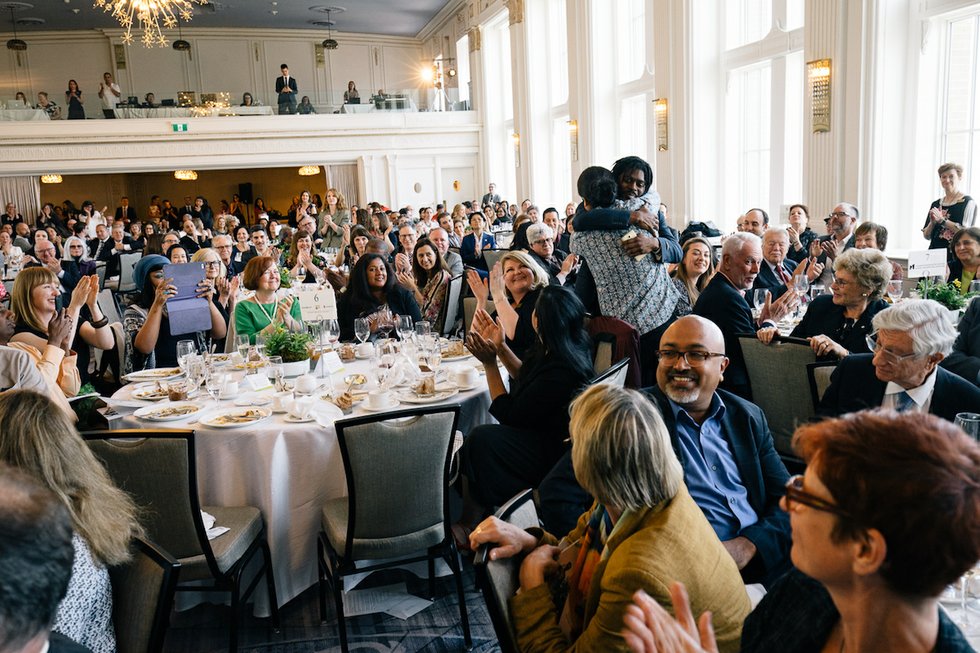 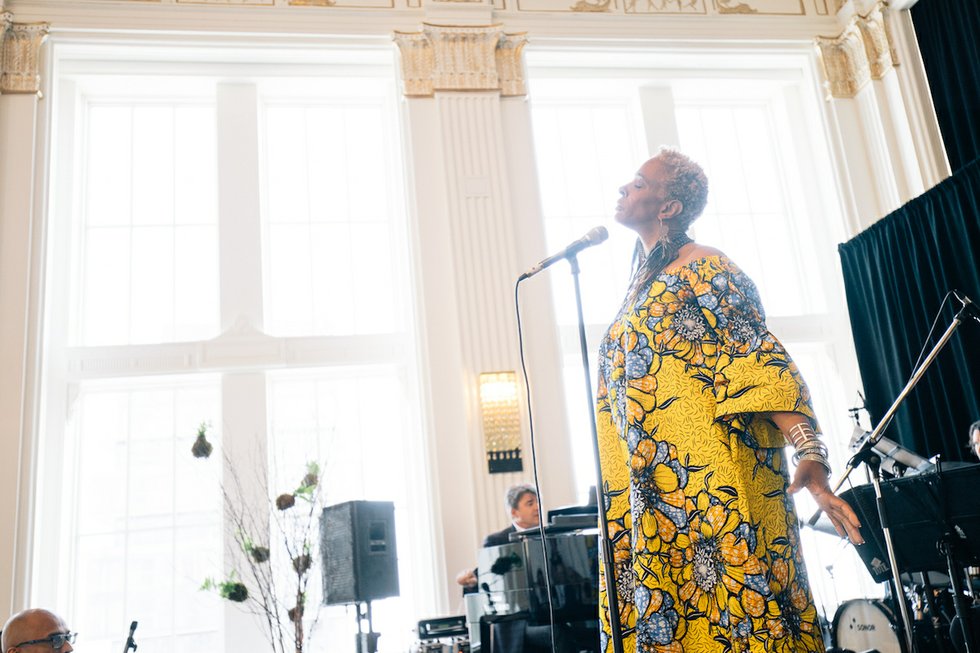 At the recent Mayor’s Arts Lunch inside the Omni King Edward Hotel, Toronto Arts Foundation recognized some of our city’s leading artists and organizations that are making a positive impact in their communities. Guests included a wide range of local luminaries and up-and-coming talent, along with Mayor Tory and Mélanie Joly, federal minister of Canadian Heritage.

The awards categories included Arts For Youth Award, Celebration of Cultural Life Awards, Emerging Artist Award and Roy Thomson Hall Award of Recognition. With $62,000 available, each award serves as an opportunity to shine a spotlight on those who are not only producing important creative works, but also making direct connections to audiences through cultural activism.

Winners this year include RISE (Reaching Intelligent Souls Everywhere), an organization headed by Randell Adjei that seeks to empower Toronto youth to create and lead artistic events within their own communities. This includes recent events like a free workshop program for slam poets and rappers, or a five-part series discussing how to make smart financial decisions.

Many of the projects created by this year’s nominees and winners aren’t just making an impact in Toronto, but they’re also reaching other cities across Canada. Case in point: Jivesh Parasram, the winner of the Emerging Artist Award, wasn’t able to attend the event because he was on tour in BC with the play The Only Good Indian. The show premiered at last year’s SummerWorks festival (see our 4N review).

“It is with great sadness that I cannot be with you today,” began Parasram’s speech, which reflected on themes within his work and the colonial legacy apparent in Toronto. His colleague Beth Wong delivered it to guests. “Another world is possible. But we need to collectively dream it.”

Some of the award recipients this year took to the stage to acknowledge the contributions made by colleagues and supporters. David Perlman of The WholeNote, winner of the Roy Thomson Hall Award of Recognition, noted the many people his media publication depends upon each issue:

“Our eight-member core team, 30-40 writers every issue, a five-member listings team who come up with 400-500 live performance listings each month, the 20-25-person distribution team regularly carrying 30,000 free copies per issue to 800-plus locations where a deeply loyal readership snatches them up.”

If there was a common theme in this year’s awards ceremony, it was celebrating people who make it their mission to empower others through mentorships, training programs or community engagement initiatives. These efforts resonate closely with Toronto Arts Foundation‘s own goal of facilitating arts and culture networks throughout the city.

See a photo gallery of this year’s Mayor’s Arts Lunch on Flickr.